Gawking, staring and lots of "wows:" those were among the reactions from shoppers as they scoped out the stunning new flagship Walgreens which opened in Chicago on Tuesday.

During the opening ceremony, Mayor Rahm Emanuel told the crowd, "this is not your grandmother's Walgreens." With flashy features that include an in-house eyebrow beautician, a 24-hour drinks cafe and a sushi bar, Emanuel's observation was an understatement, to say the least.

(Scroll down for photos of the new upscale Walgreen's flagship in Chicago.)

The uber-fancy flagship is part of a plan by Walgreens--now the nation's largest drugstore--to cater to a higher tax bracket while giving its more than 100-year-old brand a dose of modern edge.

Walgreens has recently launched several "upscale" stores, including a multi-level flagship in downtown Chicago and a massive concept store on L.A.'s Sunset Blvd.

According to Crain's Chicago Business, the opening of the latest flagship, nestled between the Windy City's trendy Wicker Park/Bucktown neighborhoods, will be followed by roughly 10 more upscale stores stores in locations ranging from Hawaii to the Empire State Building in New York.

The Wicker Park/Bucktown Walgreens can't claim to be the first drugstore with a self-serve frozen yogurt bar or specially-staffed makeup boutique, but it may be able to make an even bigger claim: Fanciest Walgreens.

The drugstore is housed in the old Noel State Bank building, a gorgeous 1919 construction and registered Chicago Landmark. When Walgreens purchased the 30,000-square-foot, three-story building, it painstakingly restored the the coffered plaster ceiling which includes a jazz-age stained glass design.

Walgreen's in-house architect, Dan Garneau told Crain's the basement was in "terrible shape" after years of vacancy and required 18 months of work to get it up to snuff. Now, the basement is home to what store associates say is their--and tourists'--favorite feature: a vitamin display built into the original bank vault.

(See a photo of Rahm Emanuel inspecting the Vitamin Vault of the new upscale Walgreens.)

The store's creative re-use of original features from the historic building has earned plenty of praise.

"This is probably one of the most beautiful Walgreens that I've seen in my life time," said Jonathan Fine, Executive Director of Preservation Chicago in community news blog, Our Urban Times. "I highly encourage Walgreens to use this model again and again instead of jumping to demolition."

The neo-classical style Noel State Bank fell victim to a bank run during the Great Depression, according to Walgreens release. The building housed several other banks, but had been sitting vacant for several years before Walgreens snatched up the space.

Along with the store came 80 new jobs. An associate told Huffington Post some workers in nearby Walgreens requested a transfer to the new flagship, but the company opted to staff the location with all new hires.

PHOTO GALLERY
The Fanciest Walgreens Ever?
Download
Calling all HuffPost superfans!
Sign up for membership to become a founding member and help shape HuffPost's next chapter
Join HuffPost

Upscale Walgreens Chicago: Swanky New Designer Drugstore Could Be Chain's Fanciest Yet
The Fanciest Walgreens Ever? 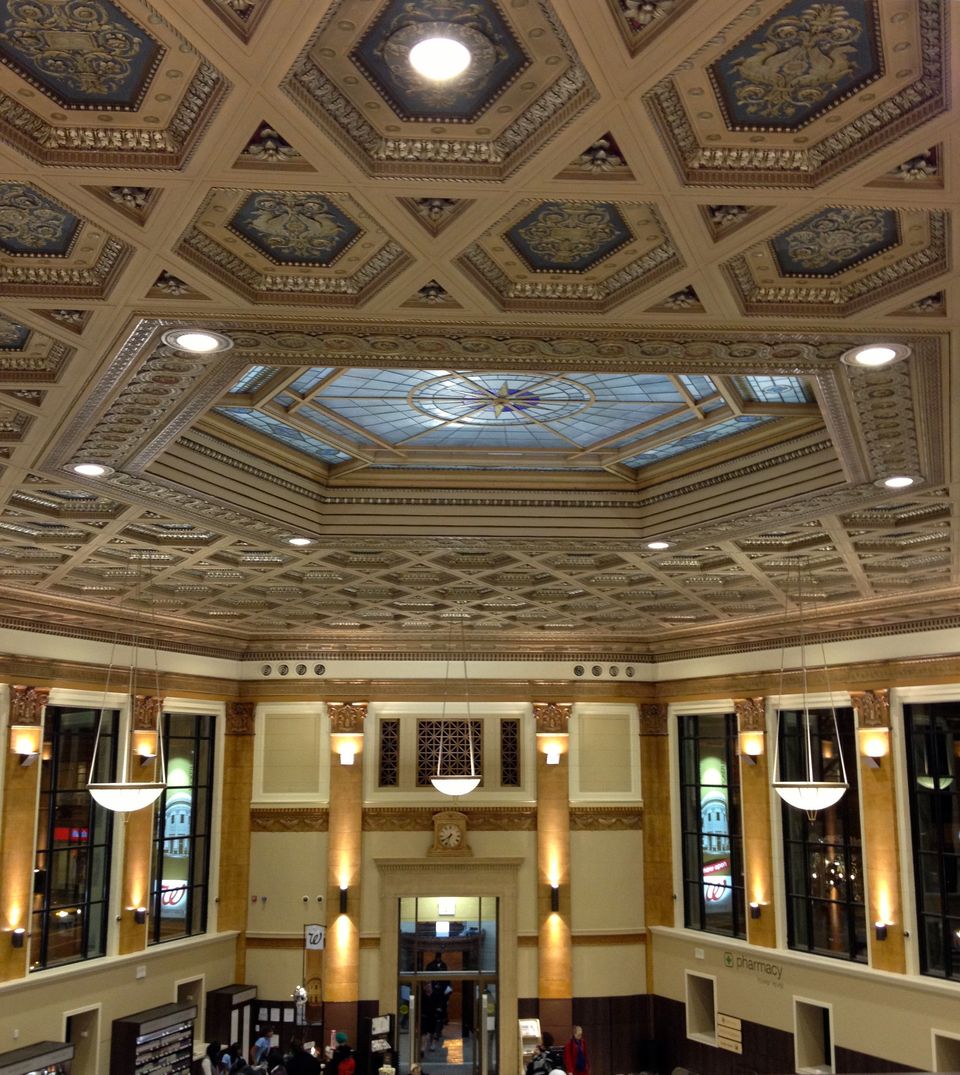