Sunday marks the 45th anniversary of the UpStairs Lounge arson, a flash fire that killed 32 people in the New Orleans gay bar on June 24, 1973.

Until the Pulse nightclub massacre in 2016, it was the deadliest attack on a queer venue in U.S. history. But the event is still relatively unknown, even within the LGBTQ community.

The UpStairs Lounge, a second-floor bar in New Orleans’ French Quarter, featured a pianist and drag shows, and was enjoyed by a diverse crowd.

Ronnie Rosenthal was 21 years old when he survived the fire.

“Everybody knew everybody,” Rosenthal told HuffPost via Skype. “The crowd that was at the UpStairs Lounge, they were all friends. Everyone was there to have a beer, some dancing, a good time.”

But the UpStairs wasn’t just a space for the New Orleans gay community to come together and socialize. It was also a place of worship. The Metropolitan Community Church was the first church in the U.S. to cater to LGBTQ congregations. Earlier that day, an MCC pastor, the Rev. Bill Larson, led a Sunday service at the lounge, followed by the weekly beer bust.

As the evening was drawing to a close, survivors later reported smelling gasoline, though they didn’t think much of it at the time. Just before 8 p.m., the doorbell rang, usually a sign a taxi had arrived on the street below. The bell kept ringing, though no one had called for a cab. When the door was opened to investigate, a fireball burst into the room and the inferno quickly spread.

“The ceiling tiles caught fire, the wallpaper caught fire, it just took over,” remembers Rosenthal, who was seated by the bar at the time. Bartender Buddy Rasmussen was able to lead Rosenthal and about 15 others to safety through a back door that led to the roof, then down to the street.

It’s still not clear how, but the door through which the group escaped became locked, trapping the rest of the patrons. A few managed to squeeze through the burglar bars that blocked the windows. Larson became stuck in one window, burning to death in full view of the people below who were powerless to help.

“Several people were right there at the bottom of the stairway, at the entrance to the lounge, laying down bleeding and burned. It was rough,” he said. “It was very difficult to see. I had blood on my shirt from helping somebody. It was terrible. It was the worst thing I ever experienced in my life.”

It was very difficult to see. I had blood on my shirt from helping somebody. It was terrible. It was the worst thing I ever experienced in my life. Ronnie Rosenthal, UpStairs Lounge fire survivor

Later that night, Rosenthal and his friends were taken to the city morgue to identify some of the bodies. Some of those who were identified went unclaimed by families who were too ashamed to collect the remains of their gay sons and brothers.

“They just let their kids go,” Rosenthal said. “It was the most horrific thing. To me, that was the worst part of it all. The parents would just not show up. They wouldn’t do their part.”

Three victims were never identified, and were laid to rest in paupers’ graves.

What happened in the aftermath of the fire makes clear the pervading homophobia at the time. In a TV news report the following day, survivors refused to show their faces on camera. Some were sacked when their employers found out they’d been injured in the fire. One victim, who later died of his injuries, learned on his deathbed that he’d lost his teaching job. A local radio show joked about victims’ ashes being kept in a fruit jar.

New Orleans previously had declared days of mourning following similar tragedies, but City Hall didn’t acknowledge the fire. A local church was inundated with complaints after holding a small memorial service. The fire made national headlines but disappeared from the news within a few days.

The most likely suspect in the arson was Roger “Dale” Nunez, who was thrown out of the bar earlier in the evening and was seen purchasing lighter fluid at a nearby drugstore just before the fire. He was questioned by police but never charged. A hustler with a history of mental health problems, Nunez allegedly confessed to a friend that he started the blaze, before killing himself a year later.

It was a challenge for Rosenthal, now 65, to move on from what he’d experienced. “It took a good five or six years before I would finally walk into a gay bar,” he said. “Before I’d walk into restaurants, I always knew where the fire exits were. I don’t live like that anymore.”

“What happened at Pulse, it did bring back some feelings, some anxiety,” Rosenthal added. “But you have to move on. I want people to understand, I don’t live in fear and I’m not gonna let anyone make me live in fear.”

Click below to see more pictures of the UpStairs Lounge before the fire.

PHOTO GALLERY
The UpStairs Lounge Before The Fire

An earlier version of this article was published in June 2017. 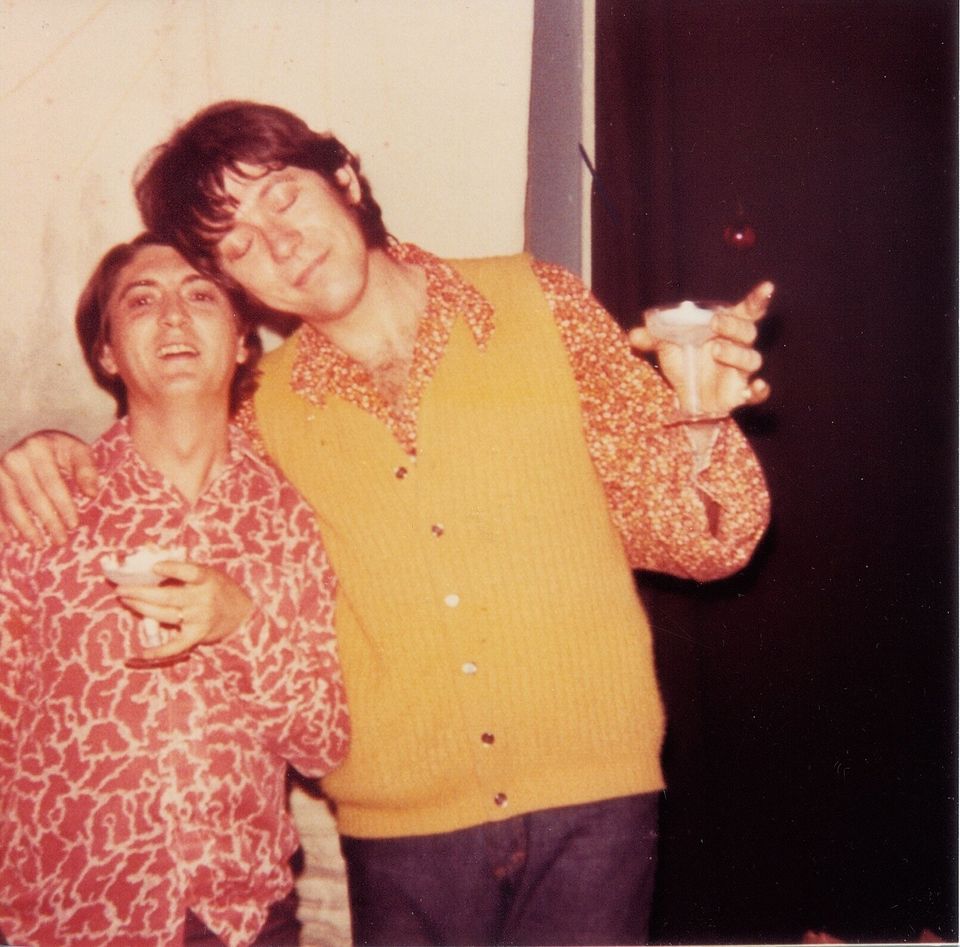