A shirt sold by Urban Outfitters is stirring controversy in the Latino community, as social networking sites buzz with debate over whether a shirt emblazoned with the Wal-Mart company logo and the nametag “Juan” reinforces ethnic stereotypes.

The yellow shirt, which was found by a Twitter user, is being sold in the Queens Center Mall store branch in New York City for $9.99.

Latino Rebels picked up the story and it soon began to generate discomfort amongst its followers -- many of whom have labeled the clothing company as “racist and classist.” 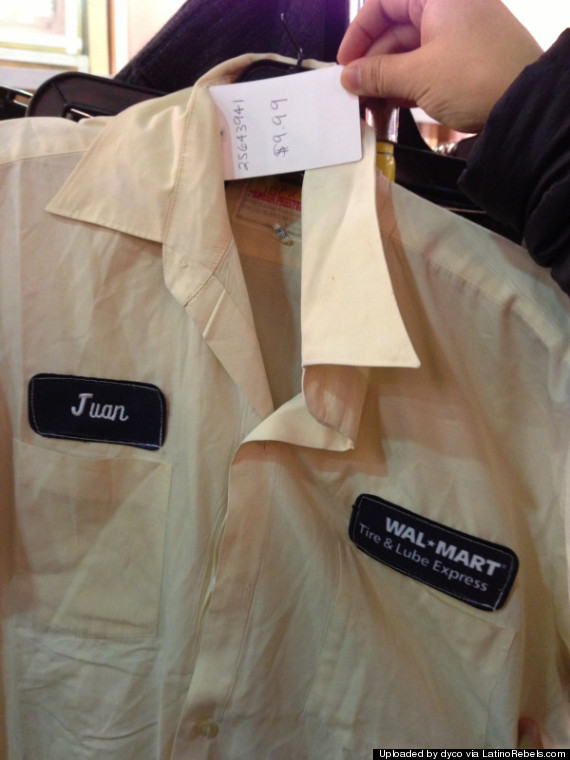 Wal-Mart has been under scrutiny recently as they face allegations of bribery related to their stores in Mexico.

In an email, a spokesperson confirmed the shirt is in its inventory and being sold as part of a “one-of-a-kind vintage collection,” which it is not mass produced in-house.

Thank you for reaching out. The shirt you are referring to is part of our Urban Renewal collection, which is comprised of one-of-a-kind garments that are vintage–not newly created clothing. The shirt is part of a larger collection of vintage mechanic shirts we came across in our travels. Each shirt is one-of-a-kind with a unique name and shop patch combination. Please find below the direct link to another shirt that includes the name ‘Al’ on the name tag:

The goal of Urban Renewal is to offer our customers unique, modern designs. You can visit the following link for further information on Urban Renewal or to view the entire collection: Urban Renewal

We completely respect our customers, and understand that the informed purchase decisions they make will ultimately determine the success or failure of any products we offer. Should you have any questions or would like further information on Urban Outfitters and/or the Urban Renewal brand, please feel free to reach out to me directly…

Although the line is being promoted as having a “unique name and shop patches, making each one a one-of-a-kind” on their website, it remains unclear is if there are other shirts that could potentially cause controversy.

It is also not the first time that Urban Outfitters has gotten into trouble for selling merchandise that can be perceived as pushing ethnic stereotypes. Last year the company had to remove a collection of products inspired by Navajo Nation art, which the tribe assured was "derogatory and scandalous.”

The company was also criticized for offering merchandise with the face of Argentinian-born guerrilla leader Ernesto ‘Che’ Guevara. Critics sustained that Guevara was responsible for the deaths of many and for helping implement communism in Cuba in 1959. The Guevara line, which used to include t-shirts, posters and books, was eliminated and is no longer available in stores.

Now it is up to you to decide: