Urban Outfitters is discontinuing its "Vanguard Pitchfork Tee" after some media outlets argued that its design resembles the gang symbol of a powerful Chicago street gang, the company told The Huffington Post in an email.

The gang, referred to as the Gangster Disciples, has been described by the Chicago Tribune as the "city's biggest gang" and one with a "long history of vicious criminality."

"Urban Outfitters had no prior knowledge of this symbol's affiliation when we purchased the t-shirt from the designer," Publica Relations Manager Crystal Carroll wrote in an email. "It was never meant to offend nor promote gang violence."

Here is a picture of the shirt in question: 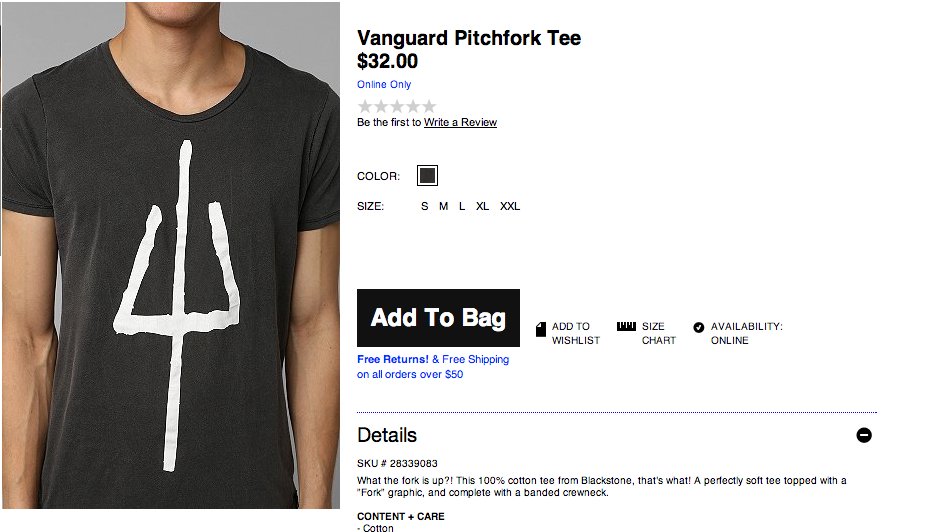 And here is a picture of the Gangster Disciples' symbol (notice the pitchfork in either corner): 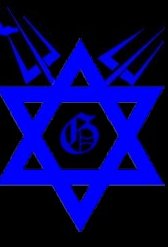 Soon after HuffPost reached out to Urban Outfitters for comment, the t-shirt was replaced with this image online: 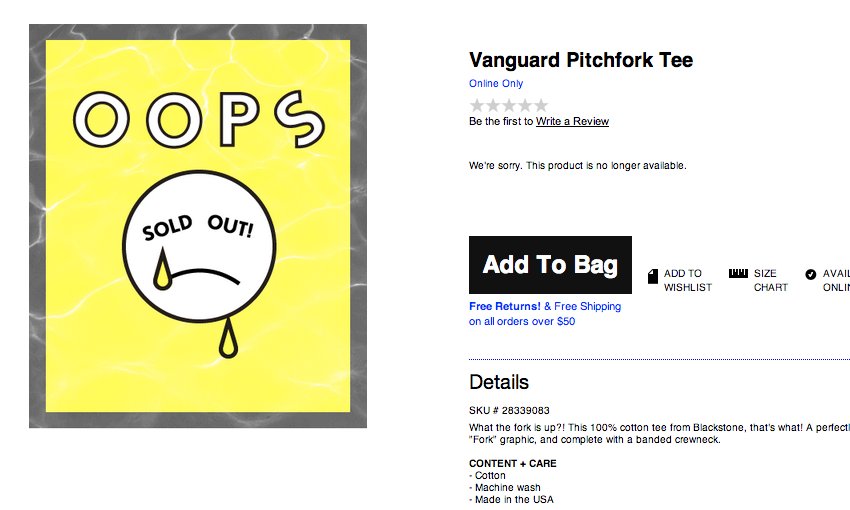