Seemingly undeterred by the failure of its much-publicized objection to Ellen DeGeneres' new JCPenney spokeswoman role, One Million Moms is back in the headlines.

This time, members of the anti-gay group are targeting Urban Outfitters after the clothing retailer featured a photo depicting a steamy kiss between two female models in its latest catalog.

"The April 2012 catalog from Urban Outfitters has begun arriving in home mailboxes the last couple of days," the group writes on its website. "On page two of this catalog is a picture of two women kissing in a face holding embrace! The ad and catalog are clearly geared toward teenagers." The alert concludes, "The content is offensive and inappropriate for a teen who is the company's target customer."

Earlier this year, One Million Moms, a division of the American Family Association, threatened a JCPenney boycott after the retail chain appointed DeGeneres as its spokesperson.

However, after DeGeneres received massive support from fans and even unlikely advocates including Fox News' Bill O'Reilly, One Million Moms dropped its case and eventually decided to move on to other issues. Still, Monica Cole, director of the "pro-family advocacy" group, told OneNewsNow, "We have heard back from men and women -- not just moms -- saying they will no longer shop there at JC Penney, as long as Ellen DeGeneres is their spokesperson."

View the full photo below: 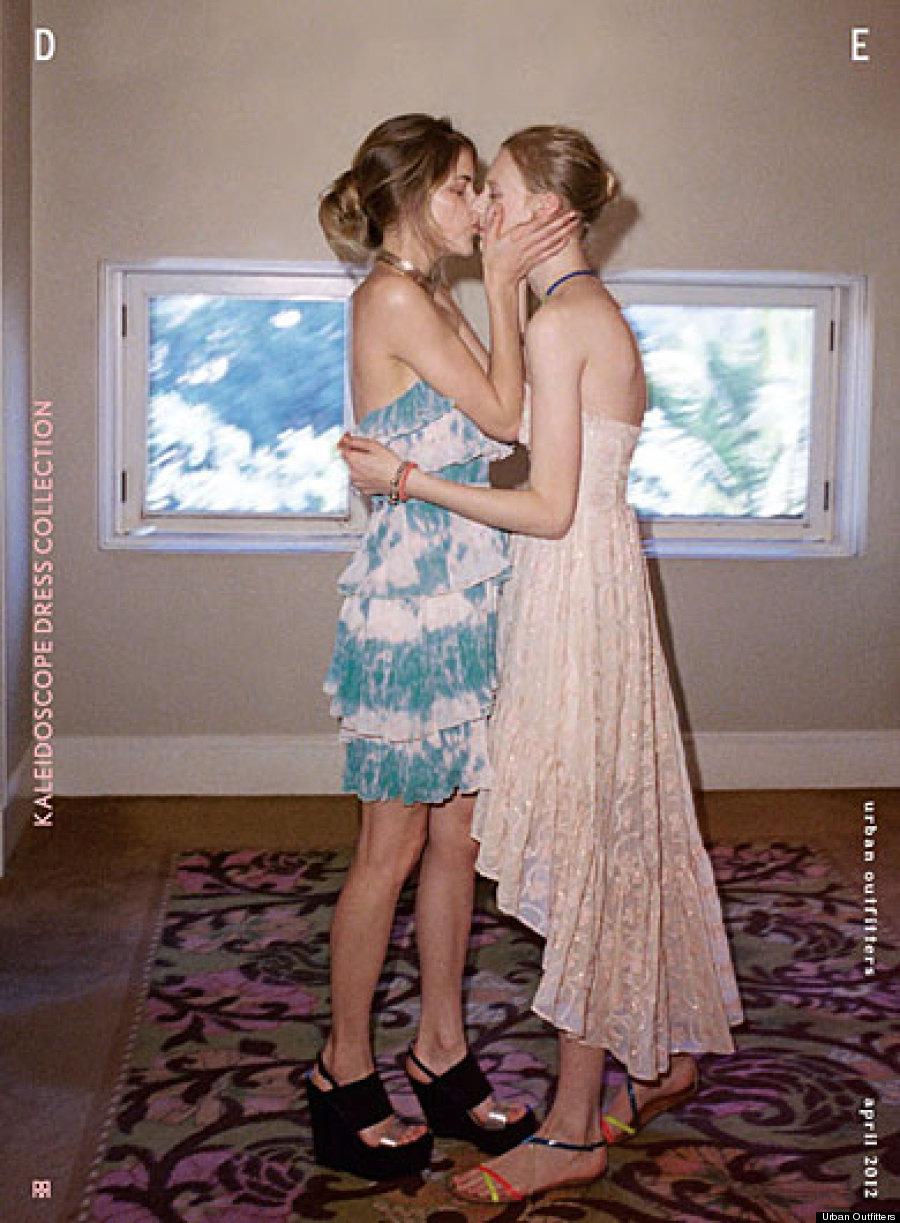 Take a look at other LGBT-relevant ads below:

One Million Moms Condemns Urban Outfitters' Lesbian Kiss Catalog Photo
LGBT Commercials
1 / 16
Heinz Deli Mayo
In 2008, Heinz pulled an ad for its mayonnaise featuring two men kissing after approximately 200 complaints to the British Advertising Standards Authority that it was "offensive" and "inappropriate." "It is our policy to listen to consumers. We recognise that some consumers raised concerns over the content of the ad and this prompted our decision to withdraw it," Nigel Dickie, director of corporate affairs for Heinz UK, <a href="https://www.huffpost.com/entry/heinz-pulls-mayo-ad-showi_n_108860" target="_hplink">told<em> The Guardian</em></a>.