Urban Outfitters has done it again: offended a cultural group through derogatory clothing.

The fashion store recently started selling clothing targeted towards St. Patrick's Day that include a t-shirt that states "Irish I Was Drunk" and a trucker cap that reads "Irish Yoga" with a photo of a stick figure regurgitating. The clothing has attracted negative attention from Irish and Irish-Americans, who want the clothing pulled from the shelves.

Congressman Joe Crowley (D-NY), along with members of the Congressional Ad Hoc Committee on Irish Affairs, sent a letter Urban Outfitters CEO Ted Marlow demanding the store to cease selling clothing and accessories which negatively depict the Irish Community and St. Patrick's Day. According to Politicker:

"We recently learned of images used by Urban Outfitters in its St. Patrick’s Day clothing line that depict severe and negative stereotypes of Irish and Irish-American people as well as may promote binge drinking. We strongly urge you to end the sale of these items." 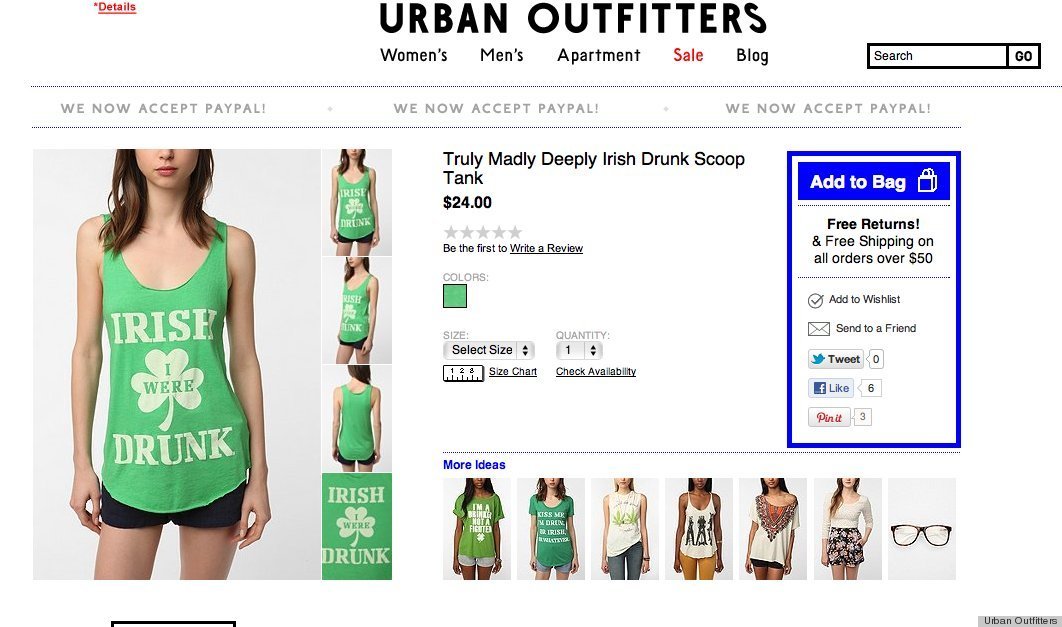 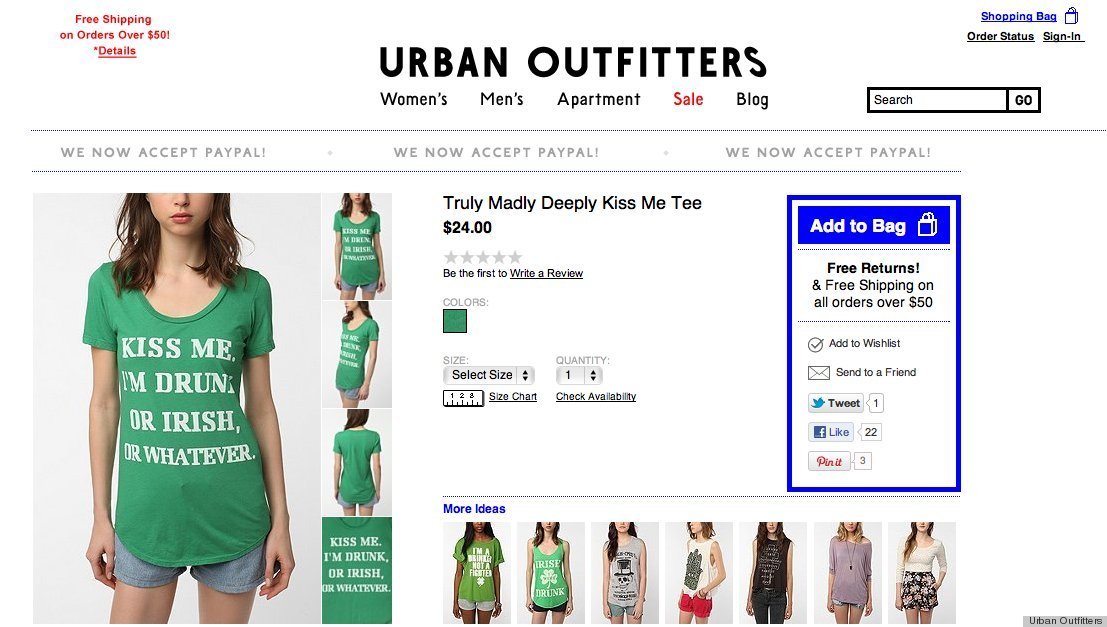 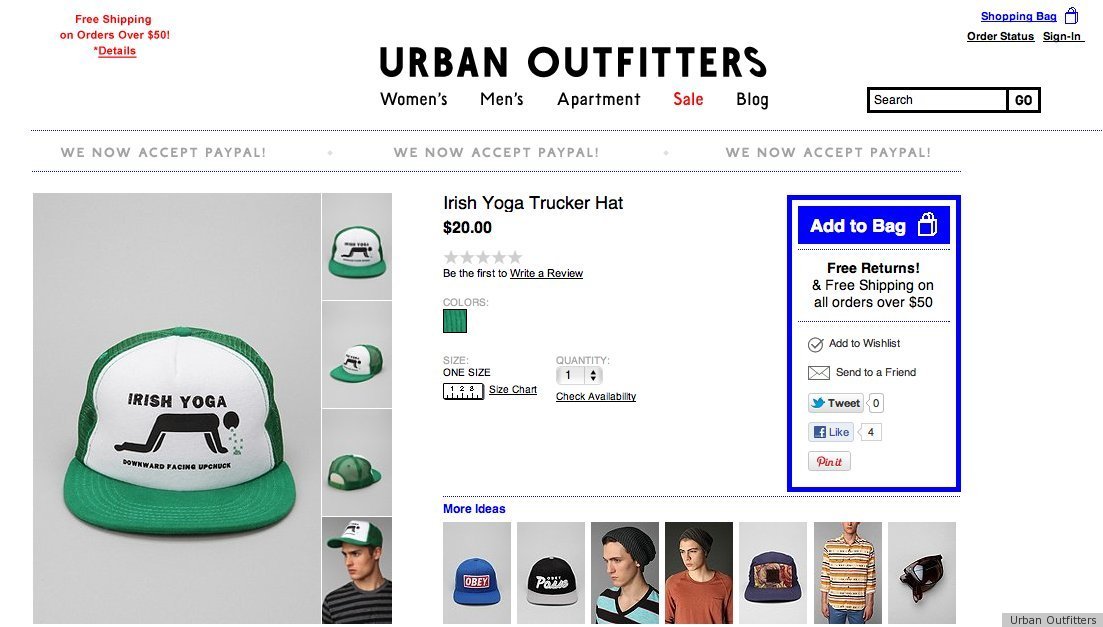 More:
IrishRacismVideopollStyle
Newsletter Sign Up
An essential daily guide to achieving the good life
Subscribe to our lifestyle email.
Successfully Subscribed!
Realness delivered to your inbox