(Washington, D.C.) November 20, 2012 -- When you think of where a refugee lives, do you picture a tent? One of hundreds of tents in a row, with dozens of these rows lined up in a desert landscape? In reality, the refugee camp is now the exception rather than the rule: most of the world's refugees reside in urban areas.

From its founding 32 years ago this month, Jesuit Refugee Service has made it a priority to work with "forgotten" refugees -- those living in the shadows -- whose plight is overlooked by others.

It may seem strange that many of these marginalized refugees live not in remote border camps, but right under our eyes in city settings. Barely tolerated, often homeless or living in shantytowns of cardboard and tin, these urban refugees live a truly hand to mouth existence.

"JRS reaches out to urban refugees to ensure that the most vulnerable do not fall through the cracks, and advocates for protection, assistance and long-term solutions for them," said Mitzi Schroeder, Director for Policy of Jesuit Refugee Service/USA.

Although the quality of services and availability of jobs may be better than for those refugees confined to a camp, urban refugees face a myriad of obstacles to access to them, ranging from legal restrictions to xenophobia to detention.

In Syria, those displaced by the fighting are living in extremely vulnerable conditions. Since the uprising began, IRS hasadapted and expanded its existing projects in Syria in order to adequately respond to the needs of the 2.5 million internally displaced people and to the nearly 500,000 refugees spilling across Syria's borders into Jordan, Turkey and Lebanon. In Aleppo alone, JRS provides meals to 10,000 people a day.

But even during this emergency, when most agencies are focused on the provision of humanitarian assistance, JRS is also organizing educational and recreational activities as a tool of trauma healing and promoting psychosocial well-being. It is a way of bringing a sense of normality to the lives of children.

Despite heightened international awareness of the issues facing refugees in urban areas, serious barriers remain for organizations such as Jesuit Refugee Service seeking to help such refugees to meet their daily needs and to achieve long-term solutions.

JRS recommends that all governments should provide refugees within their territories the basic human rights enshrined in the UN Refugee Convention and other international human rights instruments, such as the right to freedom of movement, the right to documentation, the right to work and the right to seek an education. These rights should apply equally to those who choose to live in camps and to those in urban areas.

Furthermore, governments must both recognize refugee rights in national legislation and policy, and also ensure that governmental and non-governmental institutions understand and respect the rights of refugees to live in both urban and non-urban environments and to obtain access to basic services.

Governments cannot be expected to shoulder the burden alone. Refugees residing in urban areas typically share all the needs of the urban poor, but face additional needs arising from their status as refugees. Non-governmental organizations and civil society organizations should recognize and respond to the special needs of refugees living in urban settings in order that they may fulfill their aspirations to become self-sufficient and contributing members of their host communities.

In March of this year, JRS staff from more than 25 countries met in Bangkok for a global consultation meeting to discuss and debate our work with urban refugees. I spoke with several of my colleagues about the JRS approach in their countries:

You can see more videos about urban refugees by clicking here.

Jesuit Refugee Service/USA is an international Catholic non-governmental organization whose mission is to accompany, serve and defend the rights of refugees and other forcibly displaced persons.

This blog is part of our #GivingTuesday series, produced by The Huffington Post and the teams at InterAction, 92nd Street Y, United Nations Foundation, and others. Following Black Friday and Cyber Monday, #GivingTuesday -- which takes place for the first time on Tuesday, November 27 -- is a movement intended to open the holiday season on a philanthropic note. Go to www.givingtuesday.org to learn more and get involved. 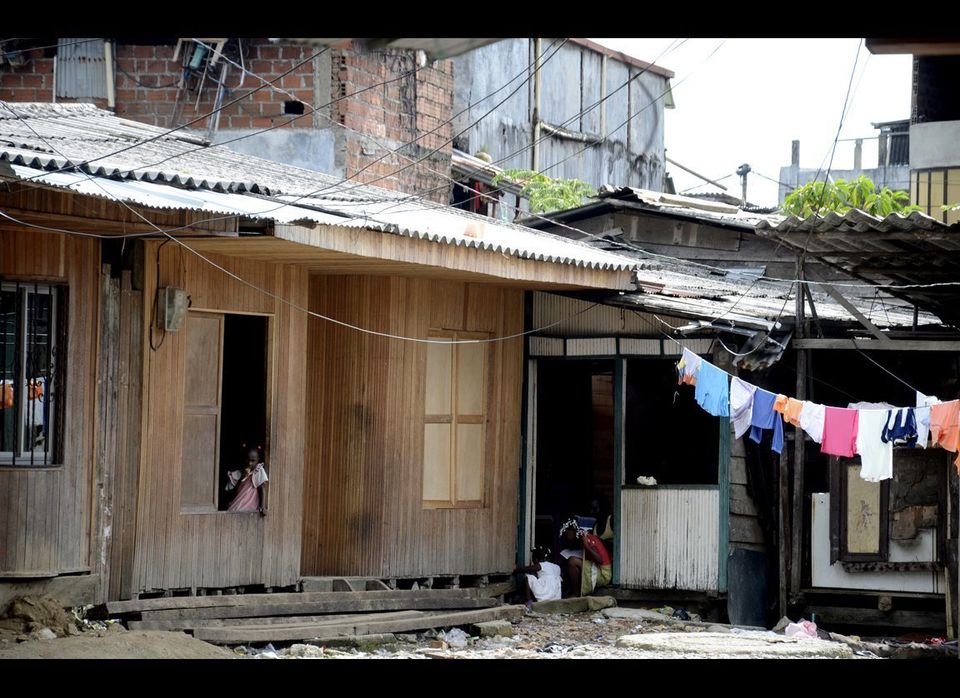 1 / 14
The La Playita neighborhood of Buenaventura, Colombia, May 8, 2012. The area is primarily home to people displaced by the violence near their original homes. The vast majority of the flimsy homes are constructed on stilts over the bay. (Christian Fuchs — Jesuit Refugee Service/USA)