I urge you to sign this Appeal to World Leaders to Commit to CO2 Reductions in line with Scientific Recommendations. Please go to MoveOn.org and sign up. 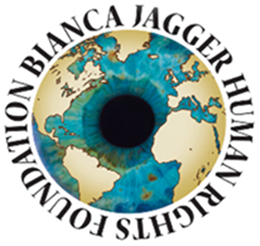 The United Nations Climate Change Conference of Parties (COP21) in Paris is only a few weeks away. This global conference is our last chance to tackle catastrophic climate change. If the negotiations fail, there is no plan B -- COP21 is effectively the end of the line.

In 1992 the UN Framework Convention on Climate Change (UNFCCC) was established to "stabilize greenhouse gas concentrations". Since then we have endured failed negotiations, broken promises, distant targets and shattered hope.

When world leaders meet for COP21 they must commit to effective and practical steps to prevent average global temperature increases of above 2 degrees Celsius. According to climate scientists, existing pledges by governments fall short of achieving this target, which itself is woefully inadequate. Even now many countries are starting to feel the devastating impact of climate change.

In the last 250 years, average global temperatures have already increased by 1.0 degree Celsius. The Intended Nationally Determined Contributions (INDCs) submitted by governments up to now, even if fully implemented, will actually increase warming to around 2.7 degrees Celsius above pre-industrial levels by 2100. For decades, scientists have been warning us about the threats of climate change and its impact on the world: How parts of Africa, South Asia and Latin America will heat up more and more, with temperatures becoming increasingly intolerable. How rising sea levels will endanger billions of people, particularly those in low-lying countries such as Bangladesh, the Marshall Islands and the Maldives, as well as people in cities such as Tokyo, Shanghai, New York and London. How melting glaciers will flood river valleys and then, when they have disappeared, unprecedented droughts will occur.

Pope Francis issued a dire warning to the world when addressing the UN General Assembly: "The ecological crisis, and the large-scale destruction of biodiversity, can threaten the very existence of the human species."

World leaders can no longer ignore the warnings. COP21 is their last chance to prevent catastrophic climate change. They must deliver a comprehensive, just and legally binding climate agreement with adequate provisions for mitigation, adaptation, loss and damage, Green Climate Fund financial investments, technology development and transfer, and implementation mechanisms, with safeguards for traditional communities, indigenous peoples' rights and an emphasis on human rights and gender equality. They must commit to ensure the integrity and resilience of natural ecosystems, restore degraded and deforested land and to transfer subsidies from fossil fuel and nuclear to renewable energy.

We appeal to world leaders to do what is necessary to protect and safeguard life on earth -- to commit to CO2 reduction targets in line with the best available scientific knowledge to prevent catastrophic climate change.

I urge you to go to MoveOn.org and sign this Appeal to World Leaders.

Since the launch of the petition we have received a tremendous response and have the support of:
Bianca Jagger, Founder and President of the Bianca Jagger Human Rights Foundation
Frederic Mion, President of the Paris Institute of Political Studies (Sciences Po)
Craig Calhoun, Director of the London School of Economics (LSE)
Archbishop Emeritus Desmond Tutu