Last week an individual in Yellowstone National Park was reportedly hiking alone, off trail, and without bear spray (all against park recommendations) when he was killed by a mother grizzly bear protecting her cubs.

The grizzly and two of her cubs were trapped today. If DNA tests confirm that this was the bear who was responsible, she will be destroyed by park authorities. In addition, if no zoo or other facility takes the cubs, they too will be "euthanized" (a polite word for "killed").

I feel terrible for the hiker and his family. But to destroy any of these bears would only compound the tragedy.

Mother bears are naturally very protective of their cubs. No one knows what caused the encounter between the bear and the hiker, or whether the bear felt somehow provoked or threatened. Regardless, it was the human being who was in the bears' territory. Bears live in the woods. If you go into the woods, you assume all of the risks nature has to offer.

If someone was bitten by a shark in the ocean, should we seek and destroy the shark? If a trophy hunter is stomped to death by an irate elephant in Africa (which happened earlier this year), should the elephant be killed for protecting himself?

This sow grizzly and cubs are accused of killing an experienced hiker. The park has announced they will euthanize her and her two infant cubs if they are able to link the hiker's DNA to the captured bears. If Yellowstone kills these bears, they will be making a tragic story even worse.

This grizzly is well known in the area. A 20 year old sow, her name is Blaze, and she's been photographed and enjoyed by thousands of visitors over the years. Blaze does not have a history of aggression and has not previously been determined to be a "nuisance bear."

There is inherent risk in hiking in grizzly country. Anyone attempting to do so needs to take proper precautions. Despite hiking in the park for many years, this hiker carried no bear spray, wore no bear bells, and had roamed far off the trail. He most likely surprised Blaze and her cubs in their natural environment. She did what grizzly sows are famous for doing: defending her cubs from a perceived threat. This was a grizzly being a grizzly in grizzly territory.

Blaze and her cubs do not deserve to be killed because someone didn't take necessary steps to avoid a confrontation. The least they could do is transplant the bears to a remote location far, far away if necessary. Killing these beautiful creatures will solve nothing, especially the innocent and infant cubs. 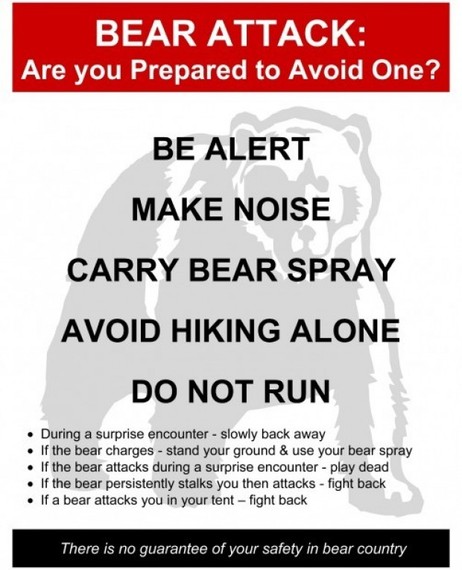