These three animals may come from different walks of life, but they all have one thing in common: They've been busted for spraying urine, the most common crime committed by household cats. This is not just a regular puddle signifying that the litter box is a mess, that the litter feels funny to their feet, or the toilets are not private enough for their liking. These cats spray the walls, the furniture and other vertical surfaces like a graffiti artist gone berserk.

You probably thought that only intact male cats sprayed, but neutered cats also shoot the squirt. In fact, one in 10 cats will urine spray at some point in its life -- and, sadly, many will get the boot for this treatable condition.

Dr. Laurie Bergman is a veterinary behaviorist at Keystone Veterinary Behavior Services in Villanova, Pa. As she explains,

"More than 80 percent of cats that urine spray can be treated and controlled. Other forms of inappropriate urination, such as a learned aversion to the litter box or a preference for other bathroom sites, are just as highly treatable. There's virtually no reason that a cat that urinates or poops out of the box needs to be re-homed or euthanized." 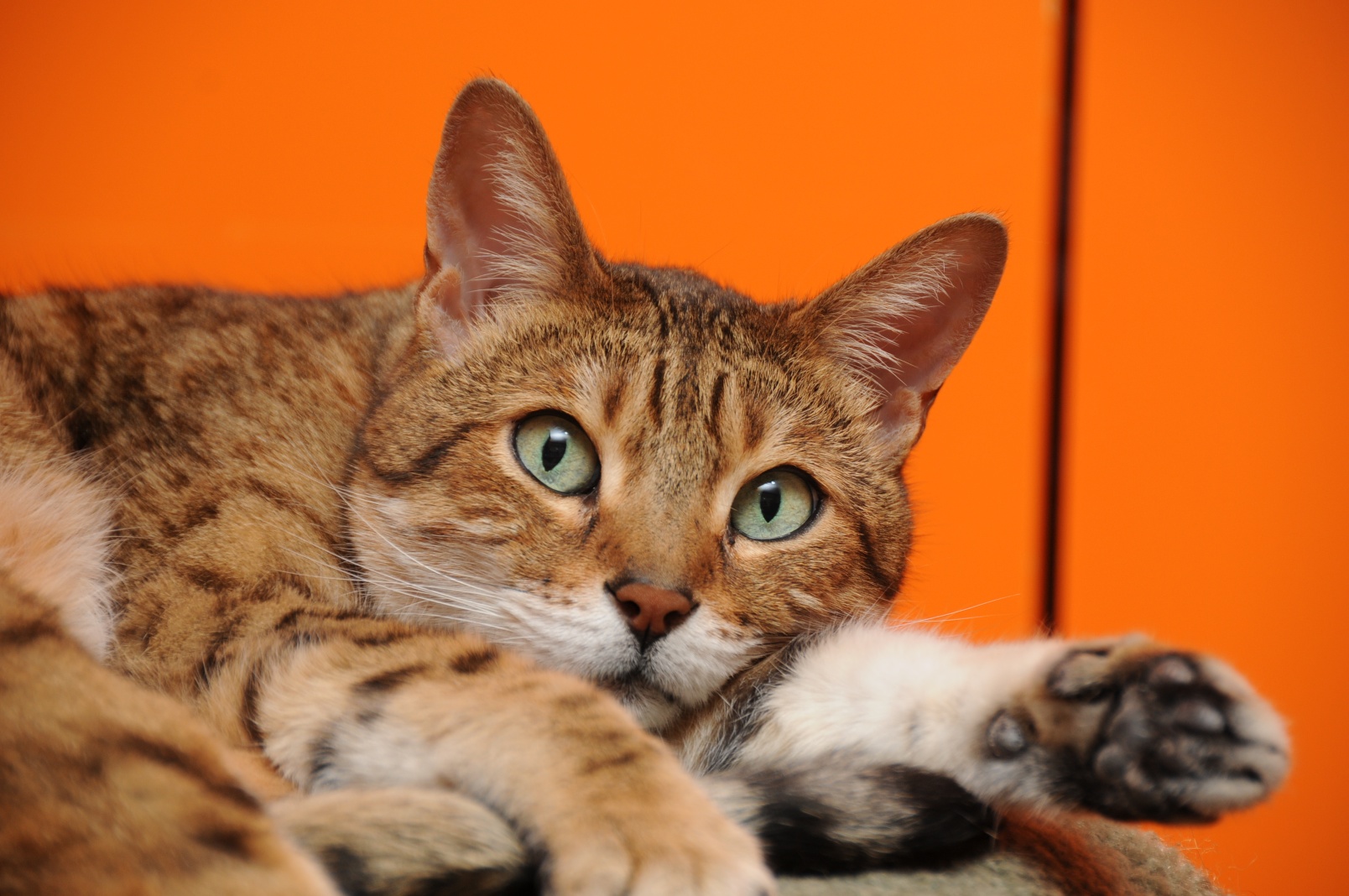 You really can't blame the cat, anyway. Spraying to stake a claim is as normal to felines as scribbling names on public bathroom walls (for certain humans, at least). It isn't always a form of territory defense meant to make other cats stay away. Sometimes it's more like a Post-It, letting everyone know that "I was here."

"For some cats," says Bergman, "having an area that smells like them may make them feel more comfortable."

Curbing Kitty's Behavior
What do you do if your cat turns into a sprayer? First off, if he's an intact male, get him fixed. According to Bergman, "Intact males are the most likely to urine spray, and neutering can decrease the spraying by 90 percent."

For those that don't fit this category, it's time for a little detective work. Cats tend to spray when life doles out stressors. And for cats, many seemingly innocuous situations can be stressful. These include other neighborhood cats wandering in and out of view, feline housemates giving the evil eye, new objects that suddenly appear in the house and even new people or new daily routines.

First, look for the obvious triggers. If Kitty sprays after spying an outside intruding cat, block viewing access for these cats, or keep the loiterers from coming onto your property. If it's new objects, keep them out of Kitty's olfactory range.

If the spraying follows spats with other household cats, keep the squabblers separated by confining them to different areas of the house. Alternatively, you can turn the house into a virtual presidential suite for cats. That is, provide ample food, water and litter box sites in different areas, and create many different preferred-resting areas. This way, the cats can avoid competing with each other and can have their own space.

But what if the problem is a new friend or schedule that keeps you away from home? Now Kitty might leave her message on your bed, your books and even directly on you. But it's not your cat expressing his anger at you. Cats that are angry don't spray each other -- they growl, hiss and fight. It's just Kitty leaving the message in plain sight. The solution here might involve more quality time with Kitty and more interactive toys to help her pass the time.

Even when you can't identify the problem, often just cleaning the urine well with enzymatic cleaner and maintaining a sparkling clean litter box cuts down the spraying dramatically.

Medical Intervention
Lastly, some cats do well on medications prescribed by your veterinarian. These medications are usually for temporary use. Says Bergman, "Our goal is not to have animals on medications for the rest of their lives. Behavior modification and environmental management are more likely to give long-lasting results. We use the drugs to help get the animals started."

To learn more about urine-spraying, please read "Tips for Dealing with Urine Spraying in Cats." You may also be interested in reading about "Feuding Felines."

Stay tuned for an article on cats who poop outside the litter box.

Adapted from an article originally appearing in the San Francisco Chronicle in 2003.