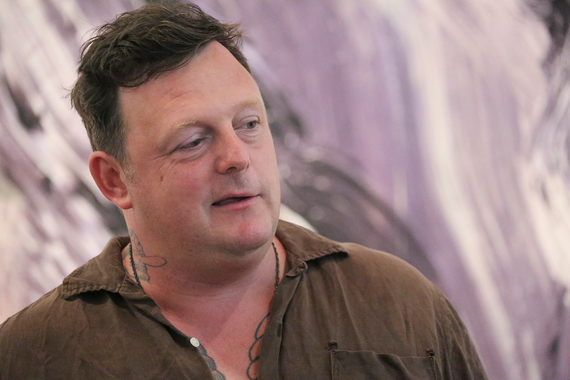 Urs Fischer at the opening of Fountains. Gagosian Beverly Hills. Photo by EMS. 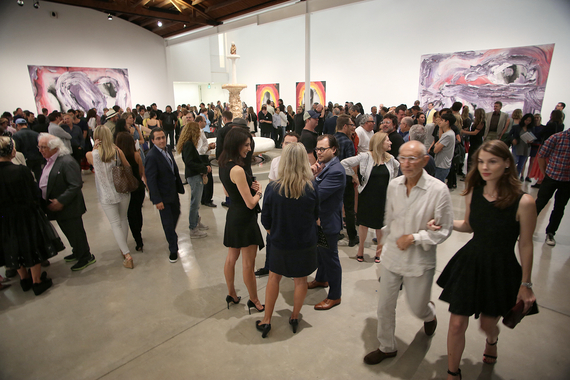 Gagosian Beverly Hills held an exhibition of sculptures and paintings by Urs Fischer on Tuesday, September 15th, from 6:00 to 8:00pm. Urs Fischer was born in Zurich in 1973, and lives and works in New York. The exhibition called "Fountains," featured two large working fountains in separate rooms that displaced the onlookers around the fountains rim like one would witness at any fountain square across the world. However, in this setting the heavily guarded fountains protected it from any impromptu moments of patrons wading in the waters like Marcello and Sylvia in Rome's Trevi Fountain (in the iconic scene in Fellini's film, LA Dolce Vita.) 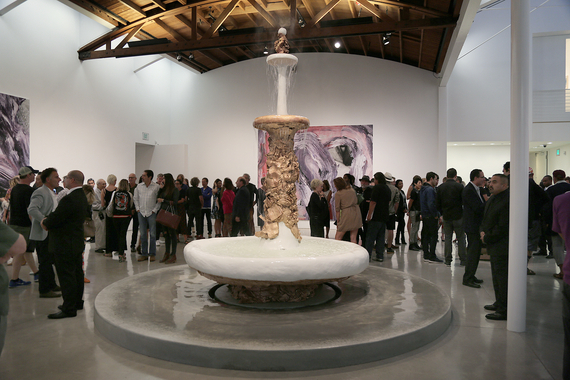 One of the Fischer Fountains. Photo by EMS. 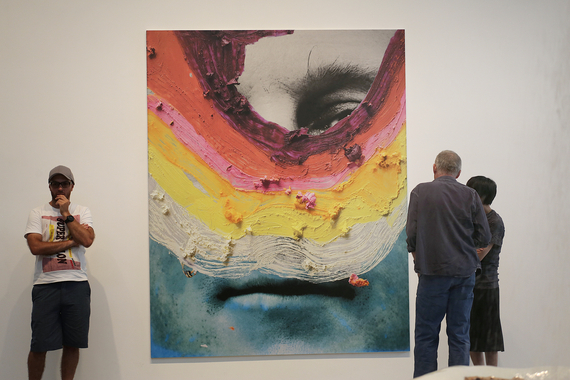 The gallery explains, "This exhibition is conceived around fully functional fountains, "active sculptures" that transform the galleries into humid and energized places through which viewers can wander, as if in a town square. The lumpen fountains are cast in bronze from hand-built clay models; the rims of the water basins are powder-coated white, while the base is left as raw roseate metal. In one gallery, a sort of roughly formed, almost naturalistic blowhole spouts water, splashing merrily and drowning out all other sound; in the other, water hisses from a misting ball, and spills down over two tiered basins." 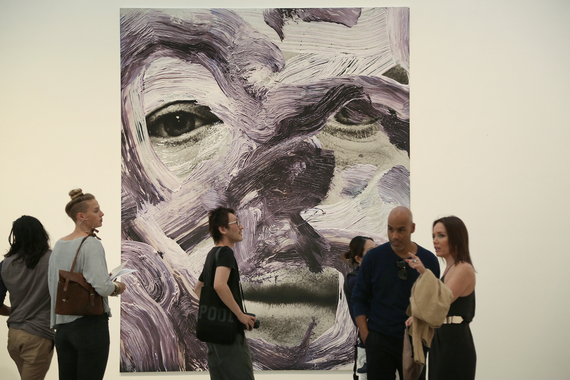 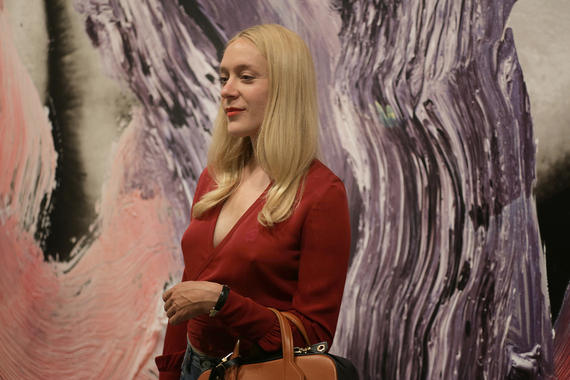 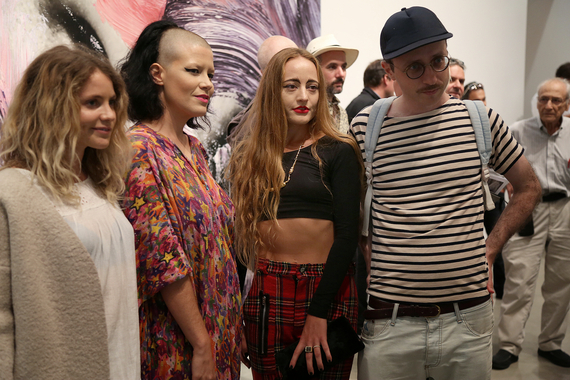 On the walls of the exhibition rooms are large horizontal and vertical paintings that are actual portraits of Fischer covered with large strokes of heavily textured paint, where in some cases rendering Fischer morbid and unrecognizable. As part of the process, "These motifs are blown up and overlaid with silk-screened marks that were first painted or drawn by Fischer, in a palette alternately sober and vivid. Like the Problem Paintings before them, these layered images provide a fresh and subversive view through the clash of representational systems and different cosmic orders." 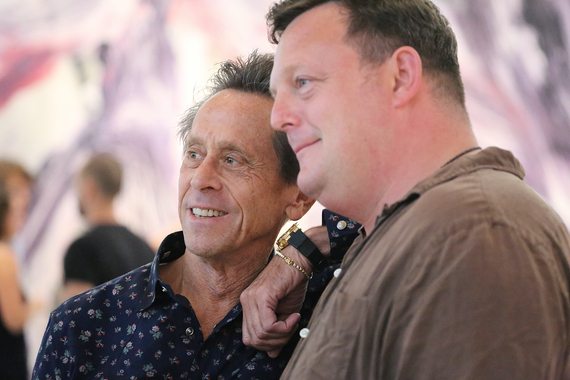 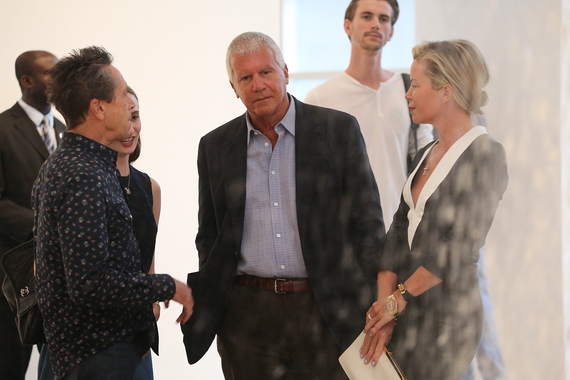 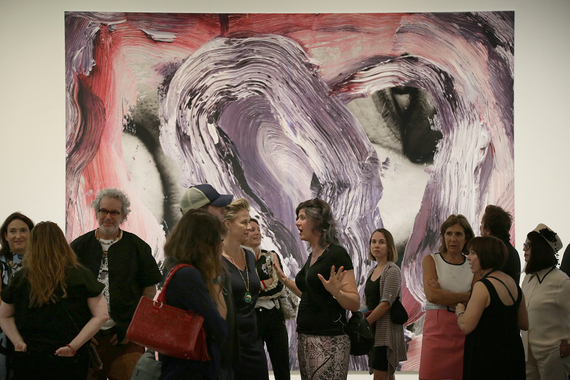 Urs Fischer is known for room-size installations and associations with anti-art movements like Neo-Dada, Lost Art, or the Situationist International. You can see sardonic wit and morbid humor that come across as daring and bewilderment in his work. A few of my art patron friends seemed confused by the sculptures, while the fact they got running water fountains inside the rooms a monumental inspiration and triumph for Los Angeles art history. 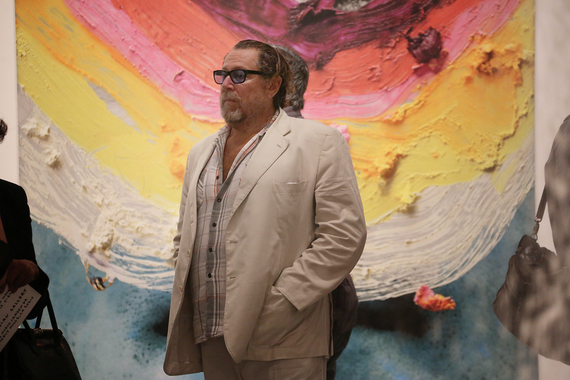 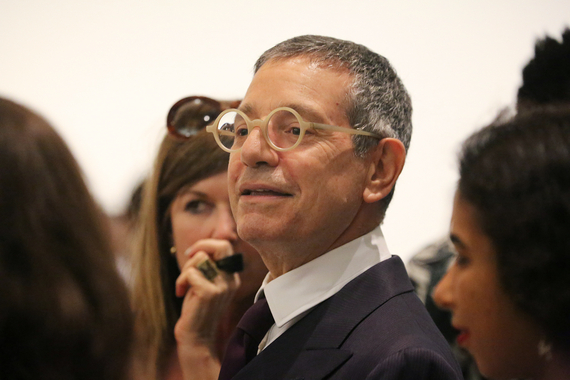 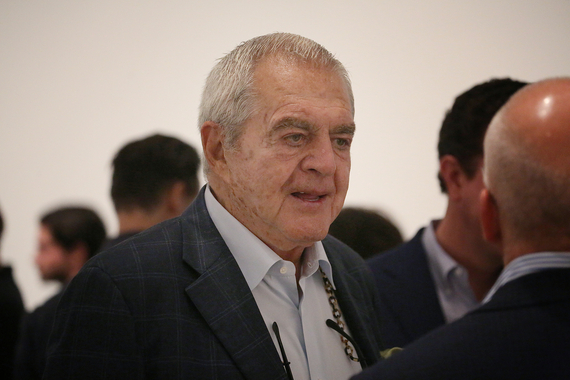 Another important fact that the gallery was proud of was working with Governor Jerry Brown and the City of Beverly Hills in acknowledging the drought California is in. Fischer's water fountains utilized self-contained recycling systems and the water will be re-used at the end of the exhibition. They say, "In total, the projected water usage for the four-week exhibition is about 300 gallons of water, which is less than the average daily use of a single household (as estimated by the EPA)." 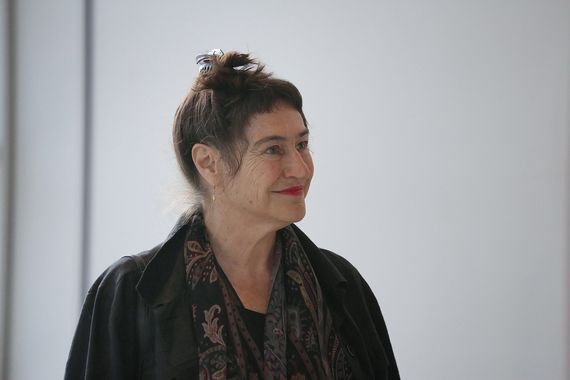 This article is part of an ongoing photojournalism survey of art exhibition openings titled EMS N(art)rative. Through my lens I document a photographic essay or visual "N(art)rative" that captures the happenings, personalities, collectors, gallerists, artists and the art itself; all elements that form the richly varied and textured fabric of the SoCal art world. This reconnaissance offers a unique view for serious art world players to obtain news and information on the current pulse of what's in the now, yet capturing timeless indelible images for posterity and legacy. Here is EMS N(art)rative Twenty-Nine.