"Uruguay is breaking the international conventions on drug control with the cannabis legislation approved by its congress," said the International Narcotics Control Board, a UN agency that oversees the implementation of international treaties on drugs.

INCB president Raymond Yans added he was "surprised" that Montevideo had "knowingly decided to break the universally agreed and internationally endorsed legal provisions of the treaty."

He accused the country's lawmakers of ignoring scientific evidence on the health risks of marijuana, and said claims the law would help reduce crime relied on "rather precarious and unsubstantiated assumptions."

The move "will not protect young people, but rather have the perverse effect of encouraging early experimentation, lowering the age of first use, and thus contributing to... earlier onset of addiction and other disorders," said Yans.

Uruguay's parliament voted on Tuesday to legalise marijuana, becoming the first nation in the world to oversee the production and sale of the drug.

"The war against drugs has failed," said Senator Roberto Conde as he presented the bill on behalf of the ruling leftist Broad Front, calling it an "unavoidable response" to that failure.

The law not only authorises the production, distribution and sale of cannabis, but also allows individuals to grow their own on a small scale, and creates consumer clubs -- all under state supervision and control. 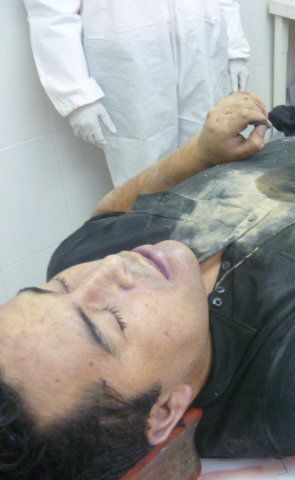