For the first time, U.S. Army soldiers are receiving specialized training on how to use generators with solar-power capability before heading to Afghanistan. The Army says these generators save lives by reducing the amount of fuel that needs to be trucked to troops over dangerous roadways.

The military has been deploying green gear in Afghanistan for a while -- we’ve reported on Marines at one forward operating base using flexible solar panels they can carry to power radios, solar tarps to power tents at night and even solar panel arrays that can power more than 20 lighting systems and 15 computers. 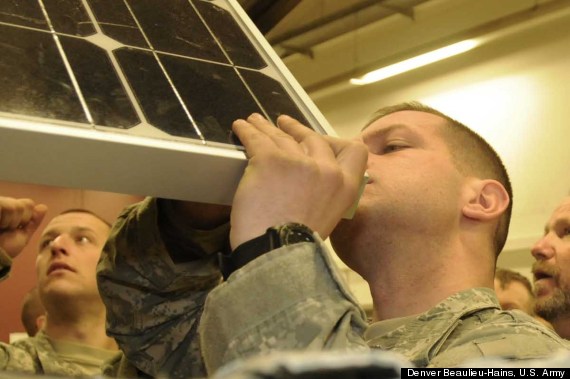 But the Army said it hadn’t before had the opportunity to integrate work with green-energy devices into the focused training soldiers undergo directly before they ship to Afghanistan. The Vicenza, Italy-based 173rd Airborne Brigade Combat team is the beneficiary of this training, which was scheduled to wrap up this week at the Hohenfel Training Area in Germany.

“The 173rd allowed us to catch someone in the right timeline. It was the first opportunity to actually train a unit at home-station, look at the equipment during their CTC [combat training center] rotation, and actually take it into theater and put it to use,” said Col. Peter A. Newell, director of the Army’s Rapid Equipping Force. 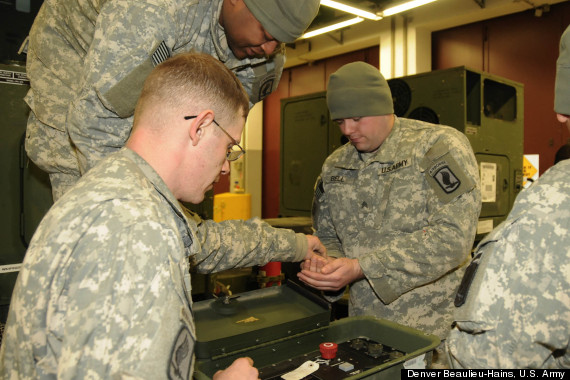 We always look for the military to give long, technical-sounding names to its gear, with initialisms to match, and it did not disappoint in this case: The Army said the soldiers were being trained on the “Advanced Medium Mobile Electric Power Source (AAMPS),” a tactical power system said to be at least 20 percent more efficient than the old generator used.

“The generators may be connected to solar panels that store energy produced by the sun and allow the batteries in the generator to rest when it reaches capacity, which reduces equipment run time, man-hours and maintenance costs,” said Brandon W. Bloodworth of Barbaricum, a consultancy that works with the military on energy and readiness issues. “We’re looking at energy to increase capability.”

Getting energy from the sun translates to savings but more importantly it can trim the amount of fuel that has to be trucked in. The Army said a typical combat outpost might have 40 to 70 personnel, requiring 6,000 gallons of fuel per month, and the 10-day missions to keep those outposts fueled can be especially deadly.