The decline of coal as a power source in favor of natural gas in the U.S. is a big part of that decline, the EIA reported. 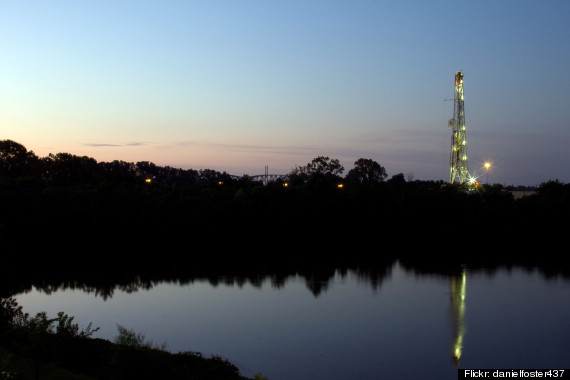 Fracking at a natural gas shale in Shreveport, La.
Advertisement

The EIA reported that 2012 was the fifth year in a row that energy related carbon emissions declined after peaking in 2007, despite GDP growth. Emissions declined 3.8 percent in 2012 over 2011.

The total carbon intensity of the U.S. economy declined in 2012 by 6.5 percent over the previous year — the largest drop since recordkeeping began in 1949 — mainly because the public has been eschewing coal for natural gas as a primary source of electricity.

The shift from coal to natural gas for electricity generation and slower economic growth were the main factors in reducing U.S. carbon emissions from 2007 to 2012 as compared to the previous 10 years said EIA analyst Perry Lindstrom.

"Also, population has slowed a bit, which helps," he said.

The EIA also attributed the carbon emission decline to several other factors, including a warm winter season in the first quarter of 2012, leading to a lower demand for energy to heat homes and businesses.

Nationwide in 2012, the number of days that the EIA considers cold enough to require homes to be heated — called “heating degree days” — were 19 percent below the 10-year normal and 22 percent below 2011.

The U.S. has seen a nearly 10 percent drop in energy intensity — the measure of British thermal units (Btu) per dollar of GDP — since 2007 largely because people having been driving fewer miles and heating their homes less than they’ve been cooling them.

U.S. vehicle miles traveled have dropped 3.3 percent since 2007 while fleet vehicle efficiency improved 16 percent between 2007 and 2012.