A new report from UNICEF suggests it's possible. The latest edition of UNICEF's report on child poverty in developed countries found that 30 million children in 35 of the world's richest countries live in poverty. Among those countries, the United States ranks second on the scale of what economists call "relative child poverty" -- above Latvia, Bulgaria, Spain, Greece, and 29 others. Only Romania ranks higher, with 25.5 percent of its children living in poverty, compared with 23.1 percent in the U.S.

The term "relative child poverty" refers to a child living in a household where the disposable income is less than half of the national median income. Many critics argue that relative poverty isn't the same as real hardship, or absolute poverty.

But the report brushes that away. Poverty is "essentially a relative concept," it says. For example, a little more than a century ago, the wealthiest people in the world didn't have cars. It concedes, however, that the measurement has some weaknesses. First, a child's well-being doesn't always correspond to the parents' income. Second, comparing the relative poverty rates of various countries doesn't make sense unless the countries have similar median incomes.

Because of these weaknesses the report considers "child deprivation." To measure this, researchers produced a list of 14 items found in most middle-class households and counted the number of children whose families couldn't afford them. The list included Internet connection, new clothes, three daily meals, two pairs of properly fitting shoes, and "the opportunity, from time to time, to invite friends home to play and eat."

Ten percent of children in France lack at least two of these things, compared with a little more that 5 percent in the United Kingdom and less than 1 percent in Iceland. Romania lagged well behind most of the developed world, with nearly three-quarters of its children experiencing such deprivation. The U.S. didn't have enough data for a rating.

SEE: How does the U.S. compare to the rest of the world's industrialized nations in child poverty based on income? Story continues below.

Sheldon Danziger, the director of the National Poverty Center at the University of Michigan, said the report does a good job of summing up what many economists have believed for a long time. "Among rich countries, the U.S. is exceptional," he said. "We are exceptional in our tolerance of poverty."

Danziger said he was especially impressed by a figure showing Canada and the U.S. have the same relative child poverty rate -- 25.1 The chart also showed that after government taxes, benefits and other social programs, Canada's child poverty rate drops to 13.1, while America's barely budges, hovering above 23.1 percent.

"Basically, other countries do more," he said. "They tend to have minimum wages that are higher than ours. The children would be covered universally by health insurance. Other countries provide more child care."

Maybe it's unfair to compare the U.S. to small, homogenous countries like Sweden and Luxembourg, but it's harder to write off Canada, he added. Or the United Kingdom.

In a new book, Jane Waldfogel, a professor of social work at Columbia University, writes that the Labour Government's efforts to combat child poverty in the U.K. were "larger and more sustained than in the United States." Shortly after he became prime minister in 1997, Tony Blair found himself staring at a UNICEF report similar to this new one, except that England's child poverty ranking was much higher.

The Labour Party spent more on these programs, even as the U.S. spent less, and within five years the number of children living in "absolute poverty" in the U.K. had fallen by half. According to the UNICEF report, 12.1 percent of British children now live in relative poverty -- nearly half the percentage of American children.

As Waldfogel wrote in a 2007 article, the Labour government "boosted the share of the United Kingdom’s gross domestic product being spent on public support for children by close to 1 percentage point, the equivalent of over $20 billion per year extra today. If Washington budgeted an additional 1 percent of our GDP to eliminate child poverty, we would have about $130 billion to work with."

Of course, Waldfogel was writing before the global economy collapsed. Most of the data in the UNICEF report comes from 2009 or earlier, and the report suggests that the whole developed world may begin to look more like Romania.

"Front-line services for families are everywhere under strain as austerity measures increase the numbers in need while depleting the services available," it says. "It's also clear that the worst is yet to come."

To help end child poverty find out more about getting involved with UNICEF USA. 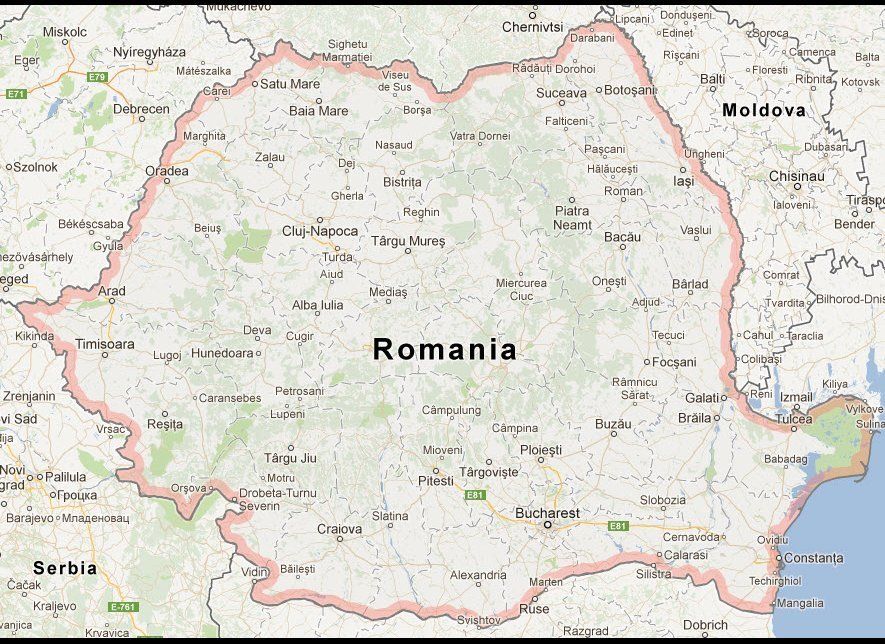