BEIJING -- Perceptions in both China and the United States on China-U.S. relations are now highly diverse. In particular, recent media reports have painted the South China Sea as a new geopolitical wrestling ground for the two countries. However, if you look at what is happening in real life, you see a different picture.

Over the past three years, President Xi Jinping and President Obama have had six lengthy meetings that cover wide-ranging subjects, giving a strong push to the relationship by initiating important programs of cooperation.

As the latest figures for January and February 2016 illustrate, China has become one of the biggest trading partners of the U.S. on a monthly basis. Every 17 minutes, there is a flight between China and the United States, averaging hundreds of flights a week and some 4 million a year. Even the two militaries, which appear to have difficult tensions, are actually engaged in more exchanges and dialogues than ever before. On such global issues as climate change and nuclear security, the partnership between the two countries is increasingly playing a leading role globally.

I often hear in the U.S. that China is seeking to dominate the Asia-Pacific and replace U.S. leadership. This is a reflection of America's own fear of losing its primacy in the world more than China's ambitions.

Recently, I was in the United States visiting several influential think tanks. The main concerns of American academics about China-U.S. relations as far as I can gather can be summarized in the following ways.

First, many are expressing doubts about "the constructive engagement" policy that the U.S. government has followed for decades. That policy was based on the assumption that, by supporting market-oriented reforms, the U.S. would see political changes in China that would make it more like the West. Now that those political changes are not happening, they think that "constructive engagement" has failed and there needs to be a new grand strategy.

Second, confidence about China's economic prospects is waning as growth slows down. There are concerns that a possible hard landing of the Chinese economy would spill over and affect the American recovery. Though still attracted to the Chinese market, some U.S. businesses are disappointed that the economic reform dividend is shrinking.

Third, there is rising anxiety about what global role China is going to play. A view I often hear in the U.S. is that China is seeking to dominate the Asia-Pacific and replace U.S. leadership. This we see as a reflection of America's own fear of losing its primacy in the world more than China's ambitions. 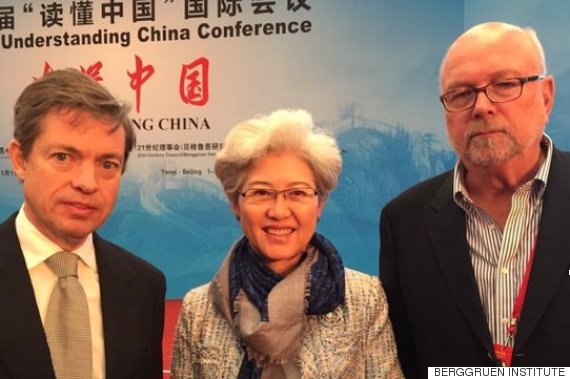 At the same time, however, there is no shortage of rational and optimistic views from the U.S., which see China's future role as being determined by its own culture, history and sense of responsibility as it charts a path of interaction with the outside world.

The views of Chinese academics about China-U.S. relations can also be summed up as follows: First, China's policy objective for relations with the U.S. is in line with that of its general foreign policy, namely, to improve its international environment in order to develop and raise the living standards of its population. This objective involves no desire to export values or seek world power. China has gone a long way toward achieving its purposes in recent decades. We believe the U.S. has also gained tremendously from its relationship with China.

Second, the Chinese economy is now undergoing difficult restructuring. The China-U.S. economic relationship has reached a higher level as Chinese businesses and direct investment are entering the U.S. market. But they are often constrained by the lack of political confidence. China is going to host the G-20 summit this September, which we all hope will open new opportunities for the two countries to work together for balanced global growth.

The U.S.- China relationship has come to a state where if they work together, they are capable of making a difference in the world. If they fight, they can bring disaster onto the world.

In the past, it was said that China and the U.S. had friendly moments, but were never very close; they had problems, but the ties were strong enough to withstand being derailed. Now it seems that the relationship has come to a state where, if they work together, they are capable of making a difference in the world, but if they fight, they can bring disaster onto the world.

The challenge for China as the second-largest economy in the world is two-fold. First is how to work with the U.S. within the existing order framework and not to fall into the so-called "Thucydides Trap" of collision between rising and established powers. Second is how China adapts to and participates in the adjustment of the international order.

Here, the message from the U.S. is confusing, reflected in its reluctance to acknowledge China's effort to help improve the existing order by providing new public goods such as the Asian Infrastructure Investment Bank and the Belt and Road Initiative. Remarks like "China should not be allowed to make the 21st century rules" are inevitably affecting the assessment in China of the country's external environment, its future role and relations with the U.S.

The Chinese academic community has two concerns: Might U.S. policy towards China give way to anxiety and even an orientation towards imminent conflict? Might it lead to a reckless urge to throw down the gauntlet and stimulate spiraling tensions? 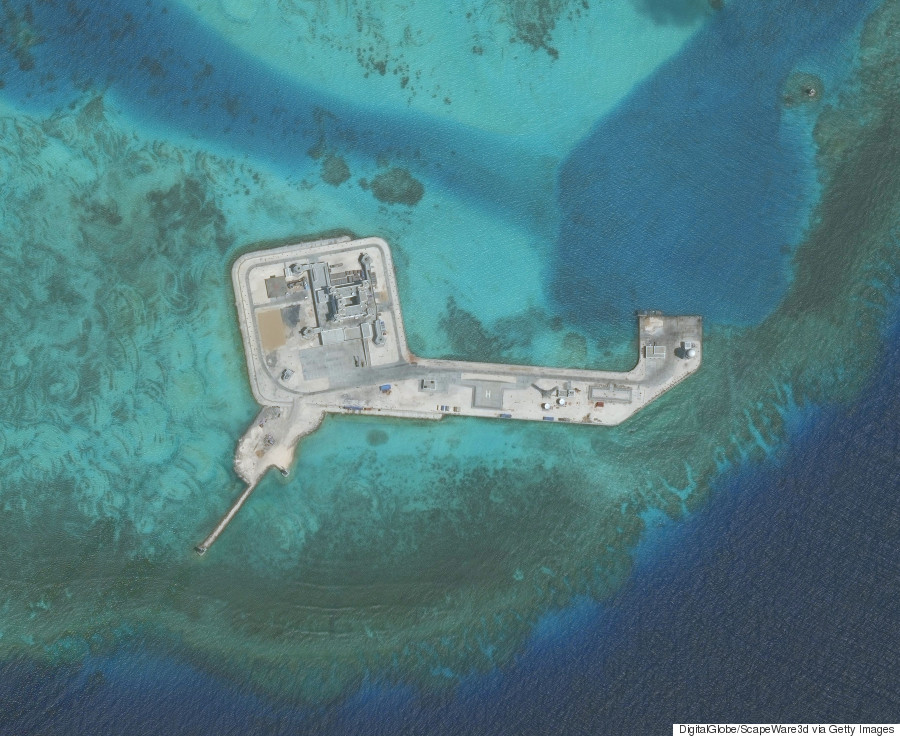 The Hughes Reef is located in the Union banks area within the Spratly group of islands in the South China Sea. (DigitalGlobe via Getty Images)

Recent tensions in the South China Sea are a good reflection of the risks involved. The Chinese concern is that America's open involvement in the disputes between China and its neighbors, and its imagined contention with China, may sow the seeds of a self-fulfilling prophecy. Reading what is said in the American media, one has the impression that the discourse is far from having solid factual ground, such as the assertion that it is China which is trying to make new claims and coerce its neighbors. Some articles even cannot tell the Nansha Islands from the Xisha Islands.

The South China Sea issue is basically a territorial dispute leftover from past history between China and certain countries in Southeast Asia about some land features of the Nansha Islands. But the U.S. involvement has created a new dimension. The U.S.-Asia-Pacific rebalancing strategy, from its very start, targeted China not only in rhetoric but also in its military and diplomatic arrangements. In China, most people believe that America's growing interference and even direct intervention are making the situation in the South China Sea more complicated, turning what is essentially a regional dispute into geostrategic rivalry.

China's aim in the South China Sea remains safeguarding national interests and territorial integrity while maintaining regional peace and tranquility. Finding a balance between the two objectives has always been hard, but in it is an effort in which China will persist.

To understand China, one should not lose sight of the historical context. Though China is growing into a strong country, historical memory is painfully fresh for its people. The country stumbled into the 20th century with its capital under the occupation of imperialist armies. For over a century, China suffered the humiliation of repeated foreign aggression and bullying. That is why the Chinese people are very sensitive about anything that is related to the loss of territory. We would never allow such recurrence even if it involves just an inch of land. This is something the outside world needs to bear in mind when trying to understand China's behavior.

For over a century, China suffered the humiliation of repeated foreign aggression and bullying. That's why the Chinese people are very sensitive about anything related to the loss of territory.

It should be obvious to everyone that, to attain its economic goals, China needs a peaceful external environment, particularly in its own neighborhood. The South China Sea offers the most important international transportation route, which is also a lifeline for China. That is why our policy objective includes ensuring the freedom and safety of navigation in the area. In this regard, China needs to upgrade its capacity to better fulfill its responsibilities.

President Xi has proposed that China and the U.S. should move towards a new model of "major-country relations" that will enable us to avoid conflict and confrontation, and respect each other in cooperation. To achieve that, we need to learn from each other. China is a newcomer on the world's center stage, but it should not try to copy the U.S. The U.S. also needs to learn to work with countries like China, which may not be an ally, but is not an enemy, either.

So, can today's China and America accept and respect each other and build a new consensus? I hope it won't take us long to find the answer.

The U.S. and China Are Neither Allies Nor Enemies -- But They Must Get Along
New Year Migration