Coal-fired power plants are the nation’s largest single source of greenhouse gas emissions and driver of climate change, and an old technology slowly being replaced by newer, cleaner sources of energy. With solar, wind and natural gas gaining ground on the electric grid, change is in the air. 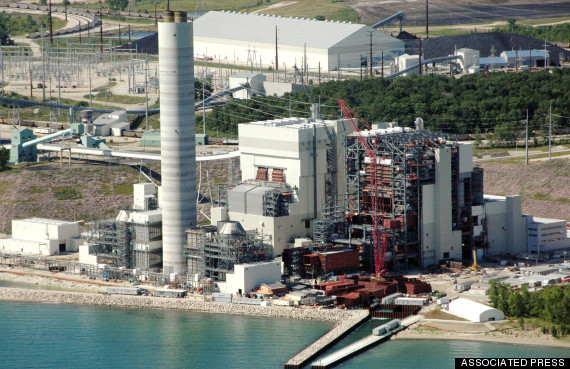 A coal-fired power plant in Wisconsin. Coal demand increased slightly in the U.S. in 2013 and 2014 becuase of higher natural gas prices. Demand is expected to drop in the coming years, however.

Signs of coal’s decline are written all over the U.S. Energy Information Administration’s annual coal report released this week, showing that despite a slight increase in coal consumption in 2013, coal production is down and coal mining jobs are down even more. The EIA’s 2014 coal analysis will be released at the end of this year.

Production in the West, where most U.S. coal is mined, dropped 2.4 percent in that time as coal mine employment fell 10.5 percent nationwide.

Despite all of that, the U.S. actually burned 4 percent more coal in 2013 than it did in 2012, helping push U.S. energy-related CO2 emissions up about 2 percent because higher natural gas prices spurred a slight uptick coal use.

Additional coal that had been mined and reserved for later use made up for the increase in coal burning while allowing for coal production to fall, EIA analyst JenAlyse Arena said.

Other EIA data released last week showed that U.S. coal production increased about 1 percent in 2014 over the previous year, but is expected to drop to 2013 levels this year and drop off even more in 2016.

Analysts say coal mining and burning is going to slide, at least for a while.

“I don’t think we ever see ourselves recovering to our peak level of production,” mainly because natural gas prices have made natural gas competitive with coal, EIA economist Mike Mellish said.

Officially, the EIA sees coal production staying flat over the next decade or so, but analysts there have not yet considered how the Obama administration’s Clean Power Plan will affect coal production.

The Clean Power Plan, slated to be finalized later this year, aims to cut greenhouse gas emissions from existing coal-fired power plants by urging states to focus on generating electricity from natural gas and renewables such as wind and solar while also becoming more energy efficient. 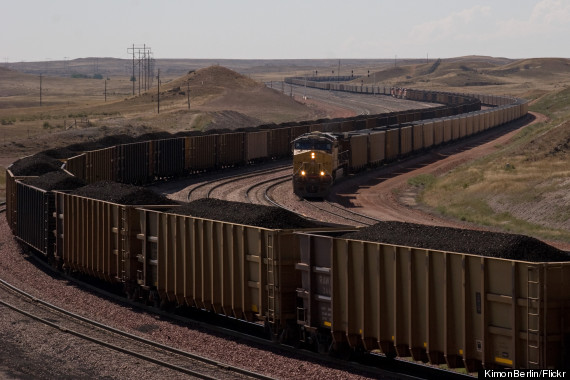 A freight train carrying coal from a mine in Wyoming. Credit: Kimon Berlin/flickr

“That’s kind of another blow, a dampening effect on coal,” Mellish said, adding that EIA’s projections won’t likely account for the effects of the Clean Power Plan anytime soon.

The International Energy Agency, based in Paris, projects coal demand in the U.S. to decline 1.7 percent per year through 2019, according to an agency coal report released in December.

Worldwide, the picture is a bit different. Demand for coal across the globe is expected to grow by 2.1 percent each year through the end of the decade, but annual growth in global demand for coal has slowed from 3.3 percent per year between 2010 and 2013, according to the report.

“We have heard many pledges and policies aimed at mitigating climate change, but over the next five years they will mostly fail to arrest the growth in coal demand,” International Energy Agency Executive Director Maria van der Hoeven said in a statement.

China is the center of global coal consumption, production and imports, representing more than half of global coal demand in 2013, according to the agency’s report.

“New plants are being built in an arc running from South Africa to Southeast Asia, but too many of these are based on decades-old technology,” she said. “Regrettably, they will be burning coal inefficiently for many years to come.”