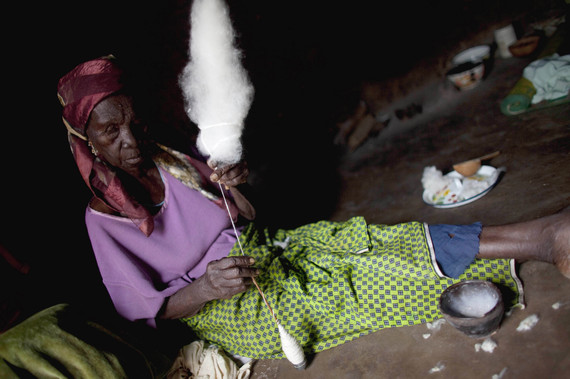 Co-authored by Aftab Alam Khan Social movements have long criticized the World Trade Organization (WTO) and its predecessor, the General Agreement on Tariffs and Trade (GATT), as being opaque venues where rich countries consolidate power and rig trade rules in their favor, at the expense of the developing world.

In fact, the WTO can be credited for the growing inequality between nations, both in terms of share of global trade and gross revenue. Rich countries are in the minority, however, they have set the agenda. They set up large negotiating teams that carry the vested interests of their corporate sectors, and when all else fails -- they have used promises of development aid and 'political favors' to twist the arms of developing countries, pitting them against one another in order to ensure that rich country corporate interests carry the day.

Perhaps the best example of this is the issue of cotton subsidies.

The US chooses to protect the interests of 20,000 rich cotton growers at the expense of the lives and livelihoods of millions of farmers and their children in West Africa.

Unless African nations and other least developed countries stand as a block to shift the power balance, inequality will grow.

Cotton is a major source of livelihoods for poor farmers in the West African countries of Burkina Faso, Mali, Benin and Chad, known in WTO negotiations as the Cotton 4 (C-4). They have been feeling the direct impact of the subsidies provided to cotton growers in the United States, which suppress cotton prices and result in lower incomes for African cotton farmers.

This is not a new issue

Developing countries have been long calling for rich countries to practice what they preach, and remove subsidies or allow them to support their own farmers. Over a decade ago, the US agreed to resolve the issue of cotton subsidies 'ambitiously, expeditiously and particularly'.

But the US did not take action. Instead, it took advantage of its financial and political power, choosing to ignore the impacts it was having on the lives of some of the poorest people on the planet. Repeated demands from C-4 countries, numerous protests and campaign actions by West African farmers and their supporters across the world, and even a case brought by Brazil at the WTO, could not stop the US from artificially suppressing cotton prices. And at this year's talks, the US refuses to even discuss the issue of cotton.

In fact, Brazil won a case against the US cotton subsidies at the WTO, yet the richest country in the world is successfully playing with the rules. While promoting itself as WTO compliant, the US supports its cotton growers to the tune of $1.5 billion annually as estimated by International Centre for Trade and Sustainable Development. This suppresses world cotton prices at least by 7% - or a loss of $3.3 billion for cotton producing countries. Among them are the four poorest countries in West Africa, which will lose $80 million per year.

An organization like the WTO will be judged by its ability to address inequalities between members through its rules and regulations. The cotton subsidy issue was described as a 'litmus test' for development commitments made during the Doha Round in 2001.

But inaction in the last 10 years may turn this issue into a litmus test for the relevance of the WTO as a global organization to regulate the global trade in a just and fair manner.

Only two months ago, the US joined countries from around the world in signing the Sustainable Development Goals, which clearly state that unequal growth between nations is not sustainable in the long term for any country or the planet. It is time for the US to come to the negotiating table in good faith - without abusing power or influence - to resolve this issue.

If the US won't budge, African countries and other developing nations must stand together as a block to defend their sovereignty to take measures to protect their farmers. If we don't level the playing field, we will all lose.