Americans swap photos of dead politicians for goods and services every day. If those same images are starting to bore you, designer Travis Purrington offers an innovative alternative design.

As part of a master's thesis design project at the Basel School of Design in Switzerland, Purrington developed new versions of U.S. currency. He based his designs on his study of other world currencies and America's currency history.

Purrington told The Huffington Post that, in his research, he found that the nation's founders did not intend to be immortalized on bills, as they saw the practice as "monarchical." In fact, most of the figures on our current bills were not added until the early 1900s. Purrington said it only seems right that our currency should focus on modernized American ideals and virtues instead.

"This isn't to dissolve the proud history of the USA," Purrington wrote in an email to HuffPost. "But the original Congress saw a danger in venerating men on money."

The $1 bill is notably absent from Purrington's designs. Some advocacy groups have said that using a dollar coin instead of a bill would save the government lots of money.

Purrington's bills vary slightly in size, much like the Euro system, which makes it easier to see how much money you have in your wallet.

Take a look at his redesigns. Remember, these are just hypothetical, and Purrington is in no way affiliated with the U.S. government. But still, we can always dream. 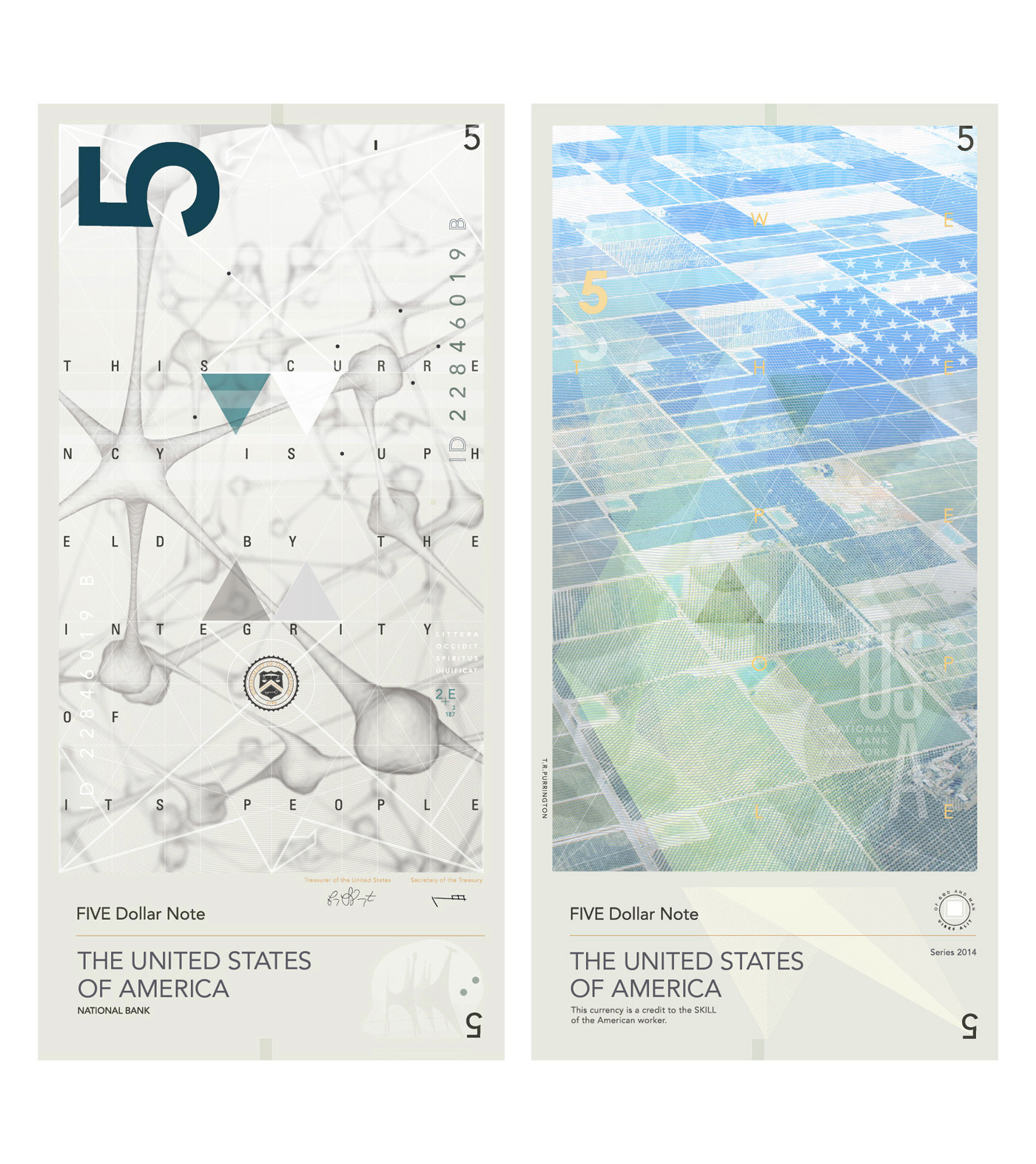 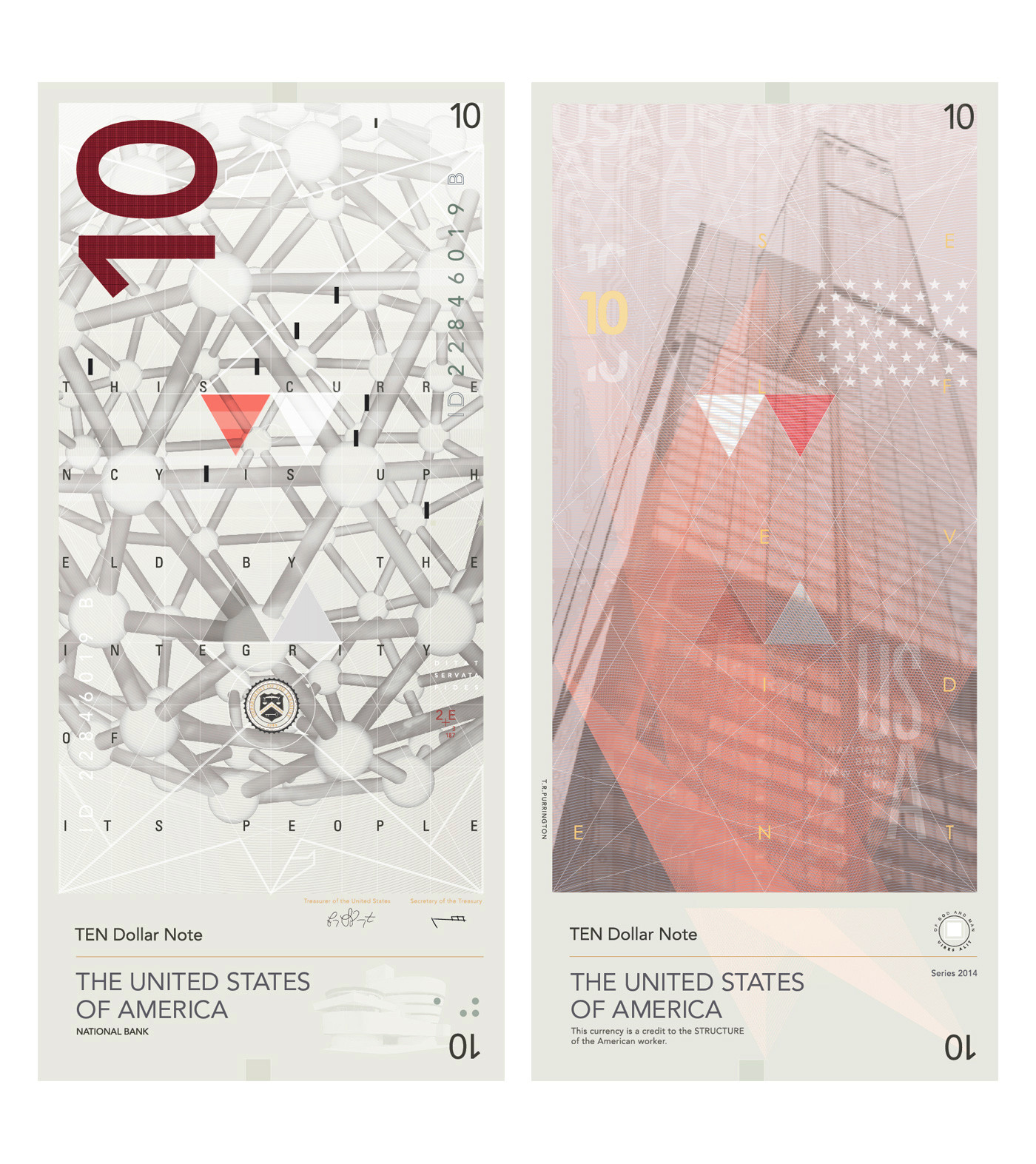 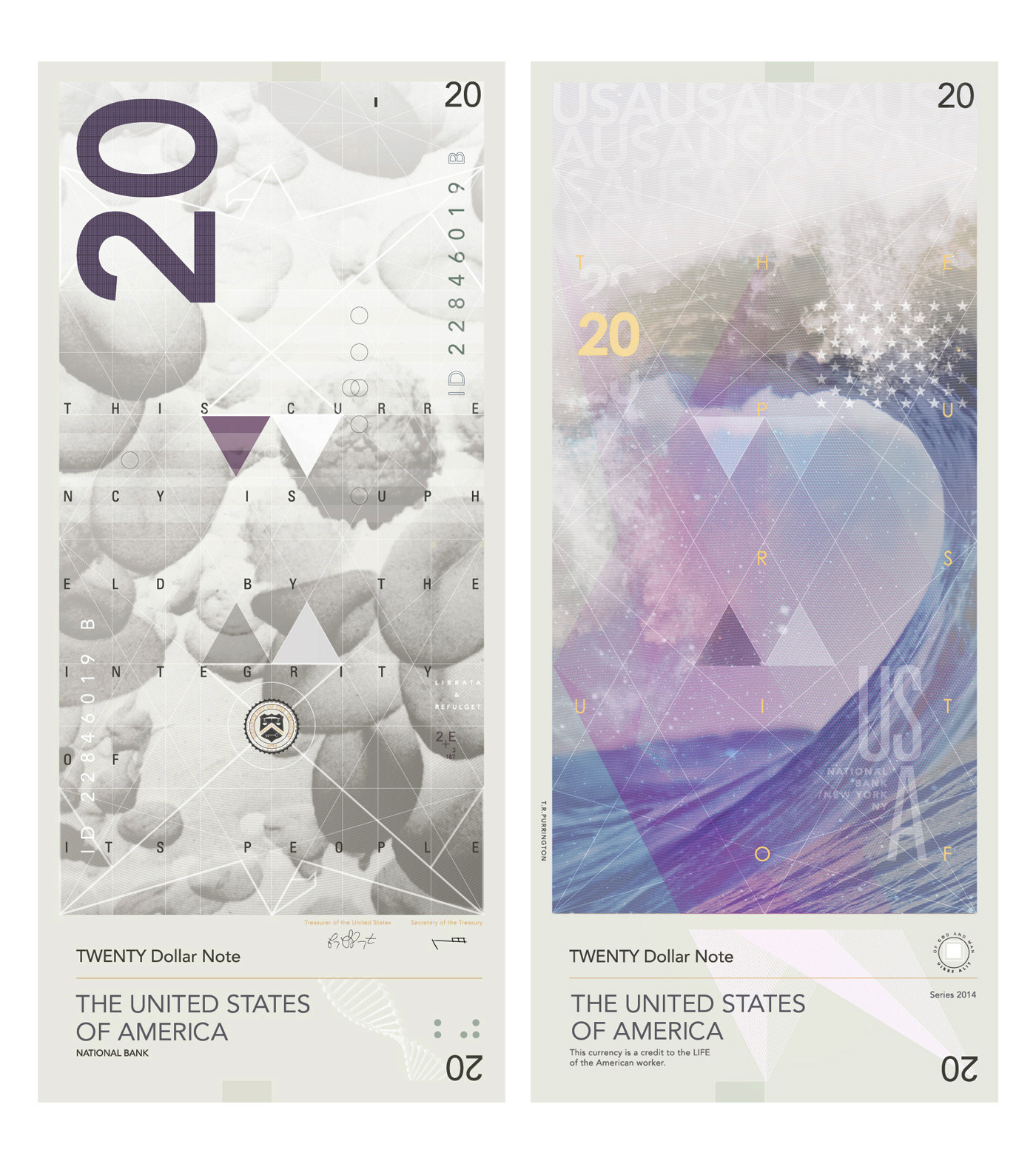 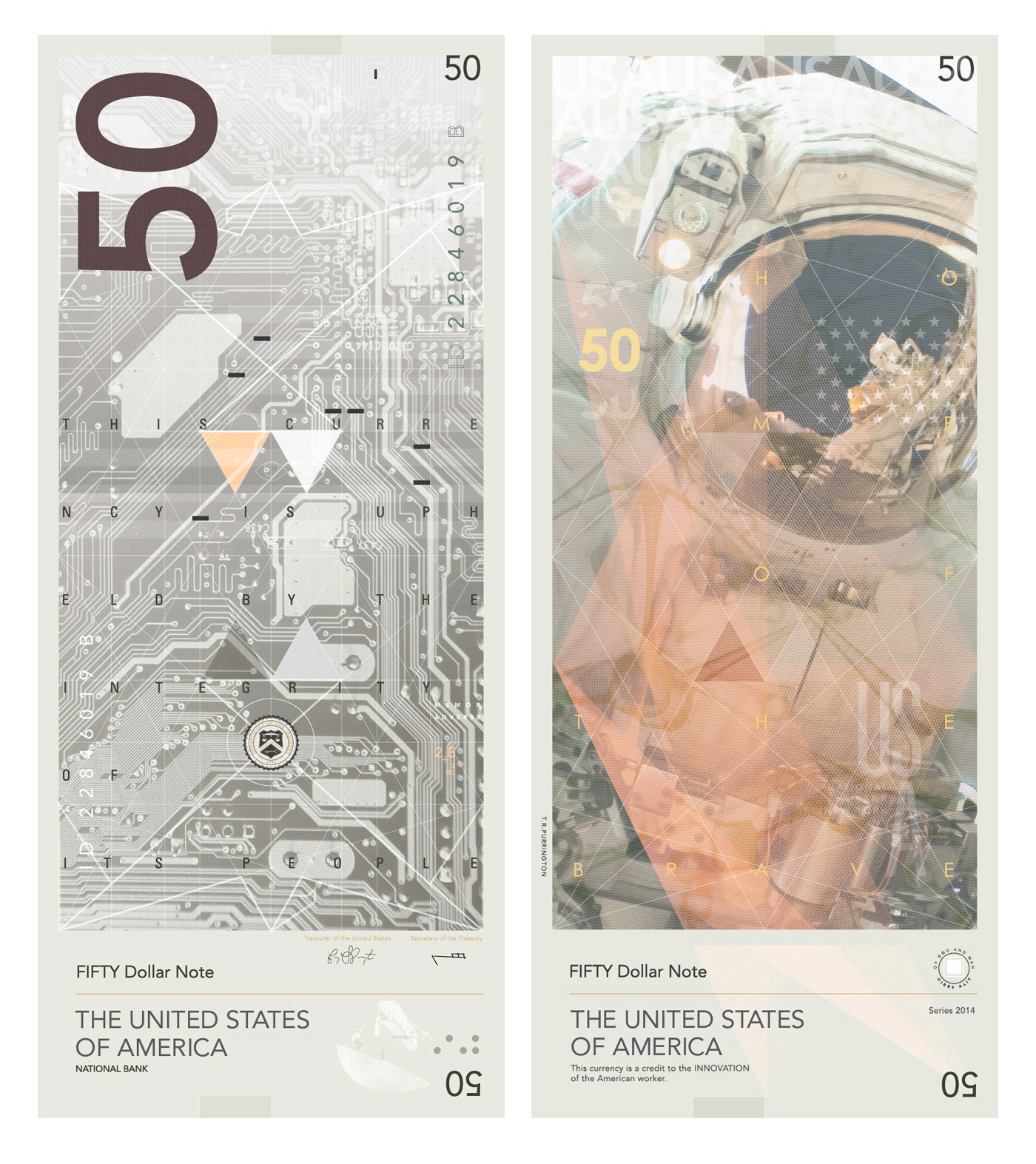 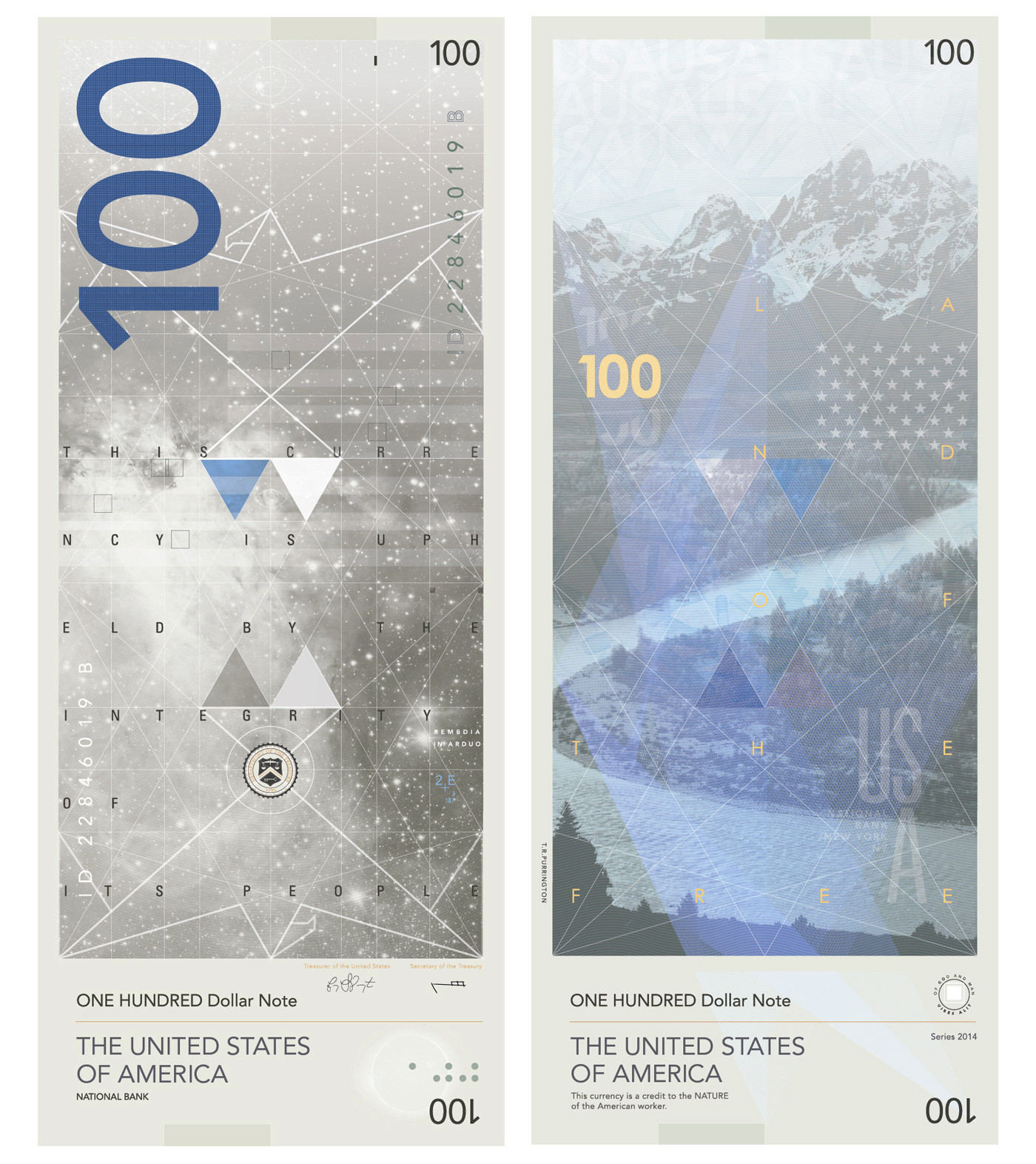 Here's all five, for good measure: