In former President Bill Clinton's first-ever State of the Union address, he announced that if America's debt were stacked in thousand dollar bills, it would "reach 267 miles" into space.

Today, the U.S. debt is $14.3 trillion and the government is currently embroiled in a fierce debate over whether to raise the allowed borrowing amount further. Stacked and bundled into one-hundred dollar bills, the national debt would be as wide and long as two football fields and as high as the Statue of Liberty, reports graphic design artist Oto Godfrey.

On his website, WTFnoway.com, Mr. Godfrey shows how the U.S. debt will literally stack up when compared to some of our greatest engineering wonders and machines.

Click on any of the pictures below to go directly to the site: 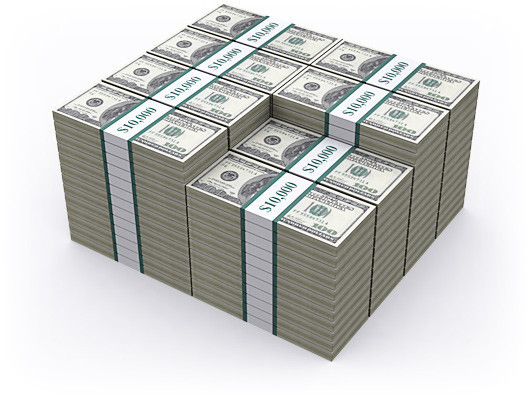 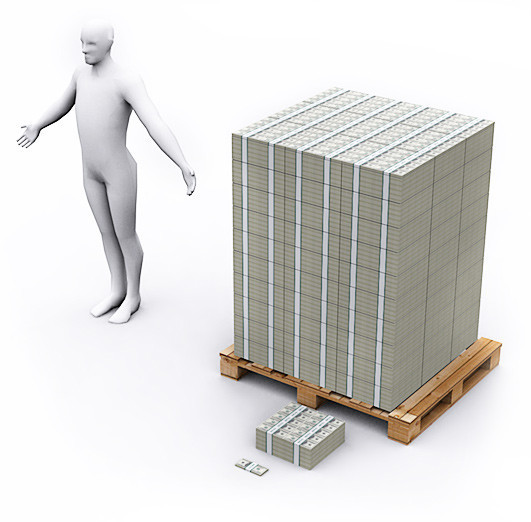 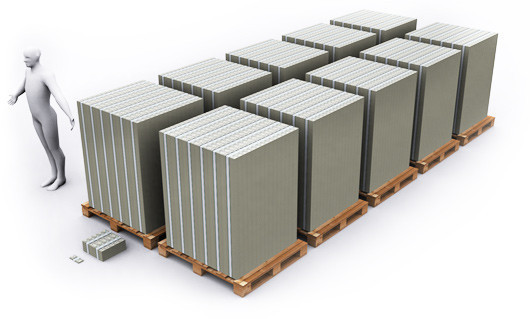 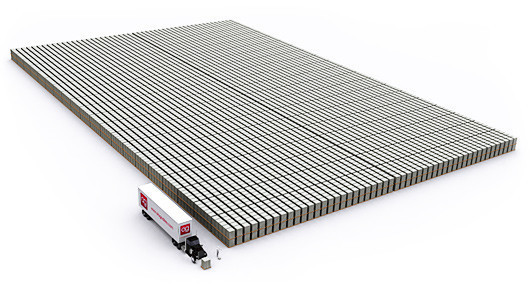 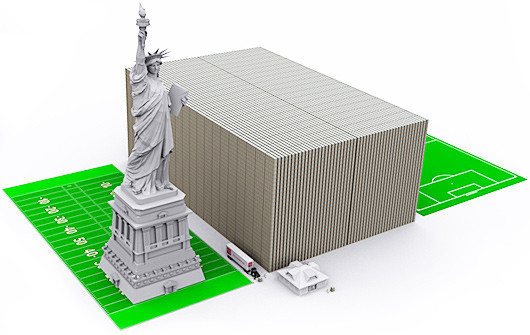 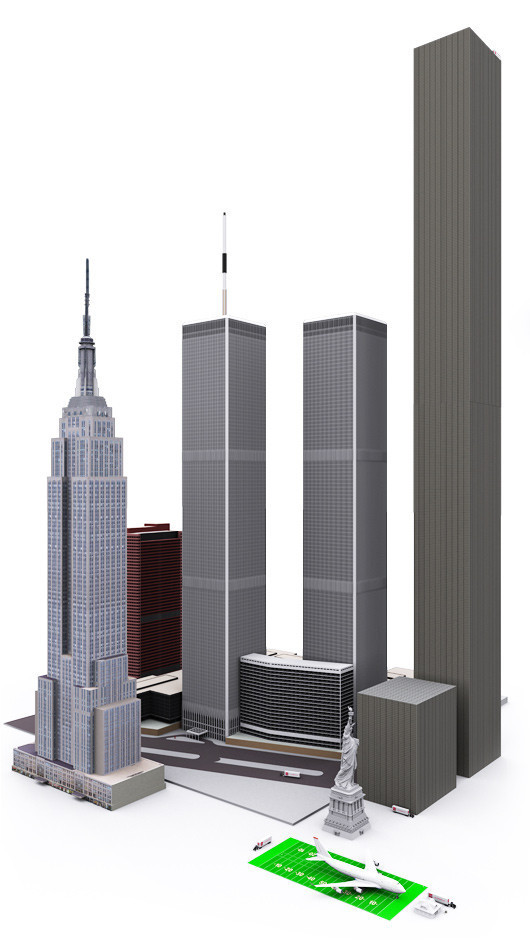