Nov 25 (Reuters) - U.S. diners, who have been cutting back on restaurant visits, plan to eat out even less frequently in 2014, according to a new survey from consultancy AlixPartners.

For the first time in the five years that AlixPartners has conducted the survey, participants said the No. 1 reason for dining out less was the desire to eat healthier.

That answer just edged out the need to trim personal spending.

Financial issues have been a perennial concern for diners, but the desire to eat healthier has been growing stronger each year, Adam Werner, an AlixPartners managing partner, told Reuters on Monday.

"It has always been near the top, but it's never been the top," Werner said.

Traffic to U.S. restaurants fell an estimated 1.5 percent to 2 percent during the first nine months of 2013, according to Malcolm Knapp, a restaurant consultant whose Knapp-Track service monitors sales and guest counts.

The top three criteria survey participants use when choosing to dine out are food quality (judged largely by taste and freshness), price and value.

Restaurants across the board have been trying to give consumers more healthy options, in part because diners often are willing to pay a bit more for such food.

Other chains have started baking their own breads - stealing a page from the playbook of the successful private Subway sandwich chain, which gets high marks for giving consumers many healthy food options.

Chipotle Mexican Grill, which serves organic and natural meat and produce when possible, has been one of the industry's top performers and its results show that calorie counts are not the only way consumers judge which food is healthy. The chain's hefty burritos can pack a high-calorie punch, but many diners say they choose the chain for its premium ingredients. 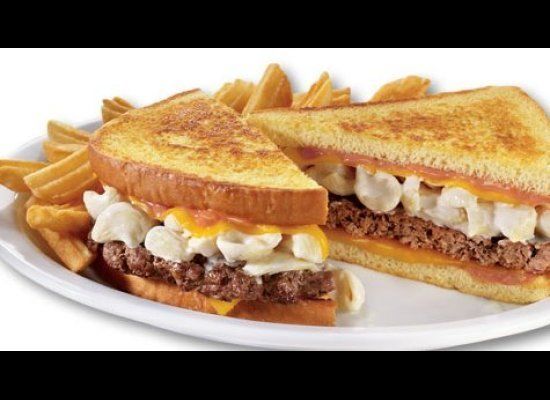 1 / 17
17. Denny's
Denny's may be known for its gut bomb menu items such as the <a href="https://www.huffpost.com/entry/dennys-mac-n-cheese-patty-melt_n_945390" target="_hplink">mac n cheese patty melt</a>, but survey participants were not so enthused with the offerings.
Denny's