The attack took place near Miranshah, the main town in the troubled North Waziristan tribal district.

"A US drone fired two missiles on a militant compound, hitting a part of the house and also a vehicle parked there, killing three militants," a senior security official told AFP on condition of anonymity.

He said that fire engulfed the vehicle soon after the attack, while local people were trying to recover the dead bodies and injured trapped beneath the rubble of the compound.

Another official in the city of Peshawar confirmed the attack, saying the identities of the militants were immediately unclear.

The incident comes a week after Pakistani Prime Minister Nawaz Sharif urged US President Barack Obama to stop drone strikes during a meeting in Washington.

The Pakistani defence ministry Wednesday said 317 US drone strikes in the country's tribal areas had killed 67 civilians and 2,160 militants in Pakistan since 2008.

US drone attacks are deeply unpopular in Pakistan, but Washington sees them as a vital tool in the fight against militants in the lawless tribal areas along the border with Afghanistan.

The Pakistani government has repeatedly protested against drone strikes as a violation of its sovereignty.

But privately officials have been reported as saying the attacks can be useful in removing militants from the country.

Us Pakistan Us Drones Pakistan 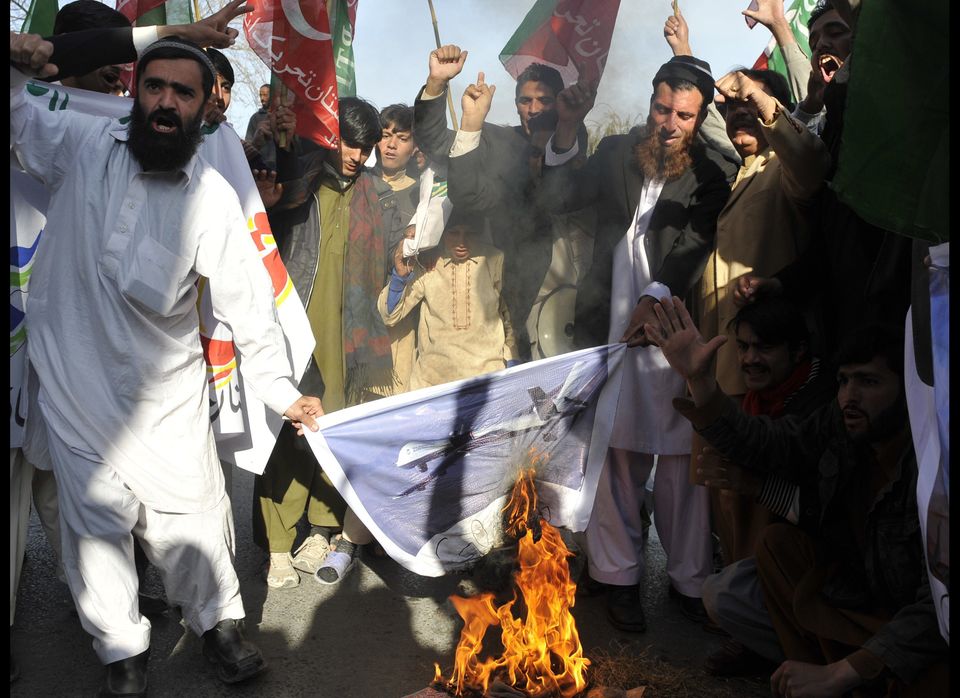 1 / 11
Supporters of Pakistani cricketer turned politician Imran Khan of Pakistan Tehreek-i-Insaaf (PTI - Movement for Justice) set fire to a banner of a US drone during a protest in Islamabad on January 27, 2012, against US drone attacks in the Pakistani tribal region. (AAMIR QURESHI/AFP/Getty Images)
Getty