If the world could vote for a U.S. president this week, the outcome would be less than a thriller. Several polls indicate the overwhelming majority of people outside of the U.S. would vote for Barack Obama if they had the chance.

According to a 21-nation poll conducted by GlobeScan/PIPA for the BBC World Service, an average of 50 percent of people surveyed abroad favor Obama. Only 9 percent of those polled prefer Romney, and in 20 out of 21 countries voters would chose Obama.

While the presidential race in America looks like it's going down to the wire, global public opinion appears to be firmly behind Barack Obama’s re-election — even if two in five express no preference between the two candidates.

According to the survey, two-thirds of Canadians would vote for Obama instead of Romney, a percentage consistent with a recent Angus Reid survey that indicated 72 percent of Canadians favor the current president over his Republican challenger.

If Europeans could cast their ballot, they would overwhelmingly vote Romney out of the picture. Europe is Obama's terrain, and France is the president's strongest backer. Seventy-two percent of the French polled by GlobeScan want to see Obama re-elected. Only 2 percent would vote for Romney.

In Africa, too, Obama would be headed for a clear win, the survey says. Yet markedly, the president has lost support in Kenya, where his ratings drop 21 points.

Pakistan is the only country in the survey that prefers a Romney presidency. Fourteen percent of polled Pakistanis would vote Republican, against 11 percent Democrat. Seventy-five percent of Pakistanis do not favor either candidate.

A September survey by Win-Gallup International indicated similarly that the world favors a second Obama administration. That poll gave 18 percent of global support to Mitt Romney, while Obama won the global vote with 81 percent. "A global straw poll among over 26,000 men and women in over 30 countries shows that if an election was held this week, Obama will face tough competition from his republican challenger, Mitt Romney at home but will win a landslide in the rest of the world," the study concluded in September. According to that survey, Obama found his strongest supporters in the Netherlands, Portugal, Ireland and Iceland, while Romney was most supported in Pakistan, Georgia, Israel, Macedonia and China.

Israel was not polled in the GlobalScan study, but a survey by the University of Tel Aviv found that Israelis prefer Romney by a 3 to 1 margin. A recent study by the Russian Public Opinion Center concluded that 42 percent of Russians favor Obama, while only 4 percent believe Romney should be the next U.S. president. According to the Wall Street Journal, most Russian Obama supporters come from the country's large cities and its socialist and communist parties. Yet the Journal notes: "In the end, most Russians are not deeply engaged in the U.S. presidential politics, as only 40% of those who responded said they knew the election was being held this year."

Foreign Policy's Uri Friedman summarized the overall landscape for the two candidates abroad: "It appears that, with some exceptions, Israel is Romney country and Northern and Western Europe is Obama country, with a skeptical rest of the world in the middle. As for Pakistan? Perhaps they'll flock to Ron Paul."

Take a look at the countries in the Globescan poll where support for Obama was the highest in the slideshow below:

PHOTO GALLERY
If The World Could Vote
Download
Calling all HuffPost superfans!
Sign up for membership to become a founding member and help shape HuffPost's next chapter
Join HuffPost

U.S. Election: International Polls Indicate World Would Vote For Obama
If The World Could Vote 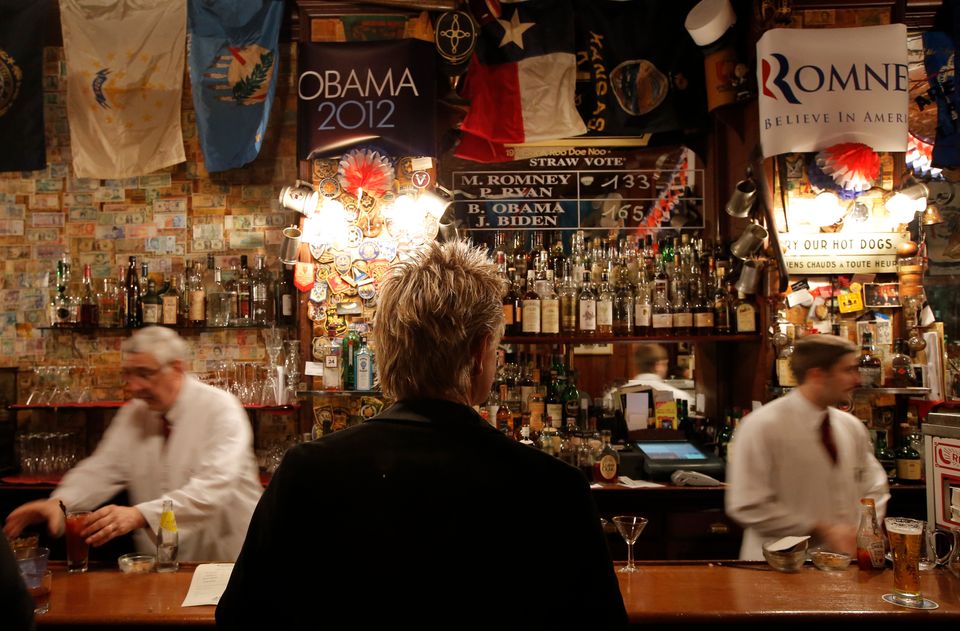