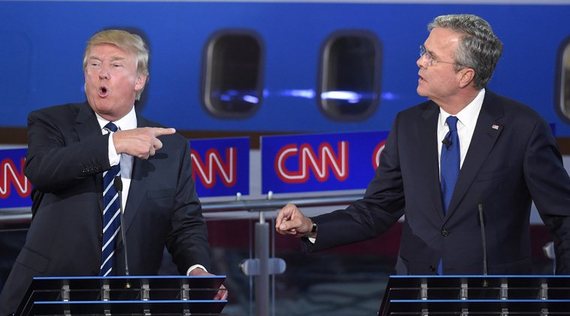 One thing is clear from the Republican and Democratic campaigns, the next President of the United States will impact the trading partners of America and their respective economies. The implications for India comparing to China and Russia are radically different. Trade with Russia and China could be drastically impacted by a new US President. It appears that India is doing so well at the moment, that it will be less affected by who becomes President.

There is no candidate who has endorsed past trade deals and they all in one way or another, blame the negatives in America's present economic situation and declining middle class, on having disadvantageous trade deals. The one Republican candidate that has made international trade a major reoccurring theme is Donald Trump. He claims America has negotiated "horrible" trade deals. He asserts his success as a real estate dealmaker would mean he could negotiate better trade terms. He repeats in every major speech how terrible the trade deals with China are. Furthermore, his position is the most aggressive, proposing to break existing trade agreements. He declared that he would either renegotiate or break NAFTA:"We will either renegotiate it or we will break it because you know every agreement has an end". Surprisingly, so far he hasn't mentioned India. Both Democratic candidates rejected the Trans Pacific Partnership trade deal President Obama promoted. Bernie Sanders language in rejecting the deal is particularly revealing: "The President at Nike headquarters told us that every trade union in America is wrong, that progressives working for years for working families are wrong and that corporate America, the pharmaceutical industry and Wall Street are right. I respectfully disagree. This trade agreement would continue the process by which we have been shipping good-paying American jobs to low-wage countries overseas and continue the race to the bottom for American workers." The implications of a change in American trade terms is different for India than it is for Russia and China, due to India's strong economy. It is predicted by the World Bank that India will be the fastest growing economy in the world for the next three years, and remarkably it has the potential to surpass China. Simply put India does not need improved trade deals with the United States. It is doing just fine as is.

India's remarkable recent growth is due to a variety of factors: it is an importer of oil as the price of oil has declined; jobs have been created at a rapid pace and it is anticipated that over 85% of Indian companies have hiring plans as well as the government salary increases; the technology industry continues to attract investors into new products validating the growth of the service industry.

Russia is another matter. Russian economy is faltering. Russia as an exporter of oil has seen the price of oil tumble and the economy follow suit. American and Western European sanctions are only making matters worse. Russian military involvements have been another drain on the economy. Right now Russia has an actual economic need for an American President with whom a deal can be made and sanctions can be removed. Despite Trumps claims of being able to negotiate with Putin; it is unclear, no matter which candidate gets elected President, what changes in Russian international policy Putin would make that would end sanctions.

The anti China trade views of all the candidates are coming at the worse time for the Chinese economy. All candidates are mentioning the 2015 American trade deficit of $365 billion with China. Given China's economic slowdown what China doesn't need would be for the rules of trade with the United States to change. China's problems are well known, and despite it being a major importer of resources, its economy may turn out to be a house of cards. The numbers released this week on China's economy indicate that the downslide is even worse than expected. In January, exports from China dropped by 11.2%, the worst fall since March last year. Its imports fell by a massive 18.8%, the 15th month in a row of declines.

It is hard to imagine either Democratic or Republican candidates promoting trade deals with India, Russia, or China. To India it does not really matter. In the case of Russia, Putin has shown no interest in changing his policies in order to have sanctions lifted. In the case of China, the already faltering downward trending economy will accelerate if its trade relations with America are changed to be less beneficial to its export economy.