A dramatic downgrade of U.S. economic growth in the first quarter revealed the economy's lingering weakness, exposed the folly of Washington's austerity obsession and slapped the Federal Reserve's newfound optimism right in the face.

Gross domestic product grew at just a 1.8 percent annualized pace in the first quarter, the Bureau of Economic Analysis said on Wednesday, revising down its earlier estimate of 2.4 percent growth. Economists had expected no change in the BEA's third effort at estimating GDP, and such sharp revisions are rare in a third estimate.

The first quarter's dismal growth was at least better than the 0.4 percent GDP growth of the fourth quarter of 2012. But it was still far from healthy, and economists don't see it getting much stronger any time soon. Paul Edelstein, director of financial economics at the research firm IHS Global Insight, now estimates the U.S. economy will grow by just 1.6 percent this year, down from an earlier estimate of 1.8 percent. That is well below the economy's long-term average growth rate of 3 percent or so. It means the economy is vulnerable to shocks and that it will be much more difficult to bring unemployment down quickly from 7.6 percent.

Nevertheless, the Fed recently announced plans to slow down the pace of its bond-buying program known as "quantitative easing," in the belief that the economy and job market will bounce back by the end of the year.

That sunny view always seemed strange, and financial markets clearly didn't buy it. Now it is even more questionable.

"This report is a reminder that the economy is not out of the woods," independent economist Robert Brusca wrote in an email. "We will need a lot of magic to drop the unemployment rate as the Fed members see, given the sort of economic growth that seems to be percolating. Good luck with that."

One big drag on growth in the first quarter was a sharp downward revision in the growth rate of consumer spending, to 2.6 percent annualized from an earlier estimate of 3.4 percent. Consumer spending makes up about two-thirds of total U.S. GDP and was likely hampered by an increase in payroll-tax withholding that took effect at the start of the year. Hourly pay for U.S. nonfarm workers suffered its biggest drop on record in the first quarter, the government announced earlier this month. That took an obvious toll on spending.

That payroll-tax hike was part of a deal to help the economy avoid falling entirely off what was known as the "fiscal cliff," an assortment of tax hikes and spending cuts that Congress and the White House set up to punish themselves for failing to reach a Grand Bargain on budget deficits -- a bizarre obsession anyway, in the middle of a stagnant economy.

Though the full fiscal cliff would probably have been even more damaging, the fiscal-cliff "solution" was not a whole lot better, involving several painful austerity measures, including the payroll-tax increase and the draconian budget cuts of the "sequester," that will likely shave 1.5 percent from GDP growth this year, economists estimate.

Federal government spending shrank at an 8.7 percent annualized rate, on top of a 14.8 percent contraction in the fourth quarter, subtracting nearly 0.7 percentage points from total GDP growth. The U.S. government has been cutting spending for most of the past two years, at the fastest pace since the end of the Vietnam War, despite the shaky recovery from the Great Recession.

Weak demand has kept businesses anxious about hiring and expanding. Business investment grew at just a 0.4 percent rate in the first quarter, contributing nearly nothing to GDP growth. 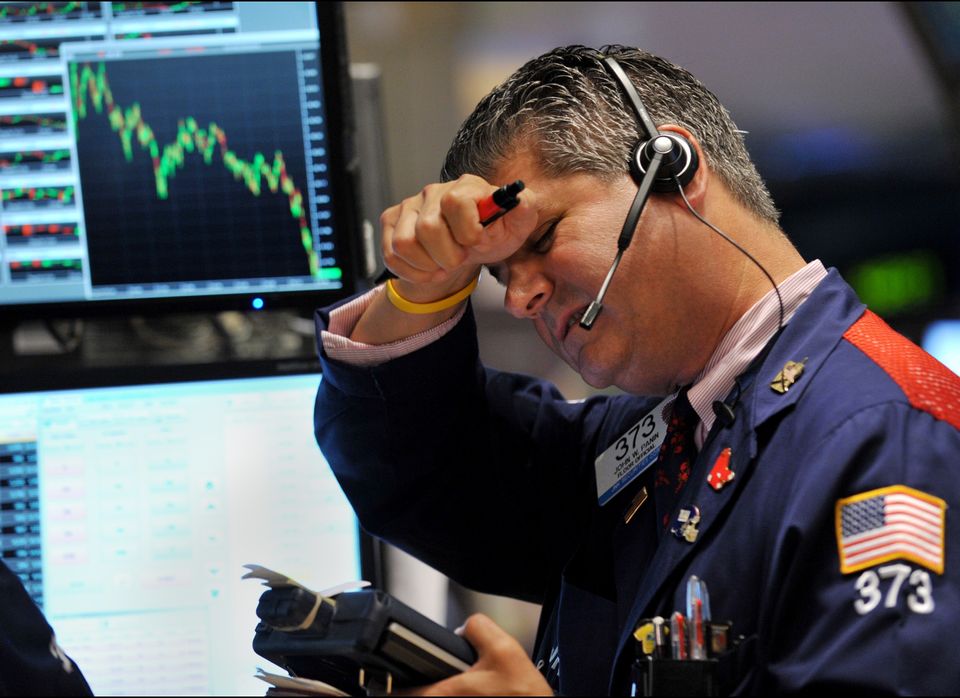