The United States will have life after the Group of Death at the 2014 World Cup.

There would be no nightmare scenario for the U.S. team as the final Group G matches were played simultaneously in Brazil on Thursday. The U.S. was defeated 1-0 by Germany in Recife but still advanced into the Round of 16 as Portugal defeated Ghana 2-1 in Brasilia.

"Tremendous energy, tremendous effort from the whole side," U.S. head coach Jurgen Klinsmann told ESPN's Jeremy Schaap on the field after the game. "It's huge. It's huge for us getting out of this group when everybody said we had no chance. We took our chance."

#USMNT advance to Rd. of 16 at the @FIFAWorldCup! #USA will play 1st Place in Group H. 4 pm ET on July 1 in Salvador! pic.twitter.com/DVxztpmSLp

Germany won the formidable group with two wins and a draw while the U.S. advanced as the runner-up with one win, one draw and one defeat. The U.S. finished with the same record and number points as Portugal but prevailed due to a superior goal differential. The U.S. finished its three group-stage games with a 0 goal differential while Portugal finished with a -3, due largely to a heavy 4-0 defeat to Germany.

With both games in progress, Ghana briefly seemed on the verge of breaking the hearts of U.S. players and fans yet again. After dealing the U.S. men's team tournament-ending defeats at the World Cup in 2006 and 2010, Ghana had a chance to do the trick again from afar on Thursday. Just minutes after striker Thomas Mueller staked Germany to a 1-0 lead in the 55th minute in Recife, Ghana captain Asamoah Gyan scored an equalizer against Portugal in Brasilia, erasing an earlier own goal.

As it stands now, #USA are still into the Round of 16. But one more #GHA goal, and #USA will have to score one. #GroupOfDeath

A late strike from Cristiano Ronaldo reinstated Portugal's lead against Ghana and relieved the pressure felt by U.S. fans keeping track of both games at once.

The U.S. will face the winner of Group H on Tuesday, July 1st at Arena Fonte Nova in Salvador. With two games remaining to be played in Group H, Belgium appears to be the likeliest team to earn that spot.

U.S. Survives Group Of Death, Advances At World Cup Into Round Of 16 (PHOTOS)
PHOTOS: US vs Germany 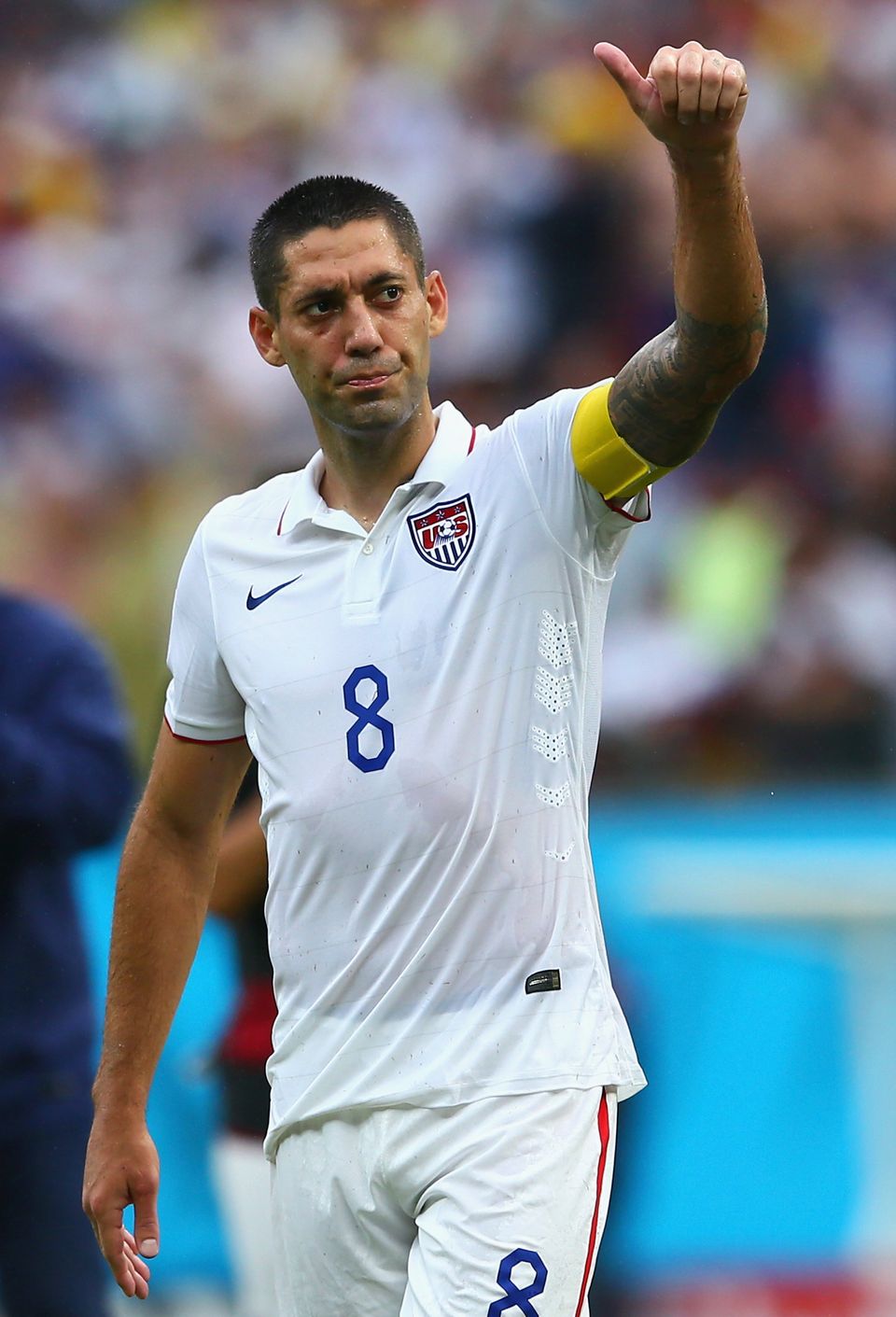