Two years after Reuters' five-part report on the rehoming of adopted children in the U.S., the U.S. Government Office of Accountability (GOA) has released a report entitled "Steps Have Been Taken to Address Unregulated Custody Transfers of Adopted Children" (GAO-15-733: Published: Sep 16, 2015. Publicly Released: Sep 16, 2015). 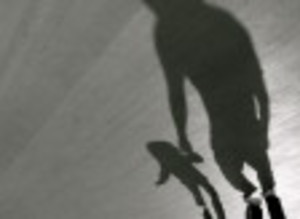 "GAO examined (1) the reasons adoptive families consider unregulated child custody transfers, and services that exist to support these families before they take such an action; (2) what is known about the prevalence of these transfers; and (3) actions selected states and federal agencies have taken to address such transfers. GAO reviewed relevant federal laws, regulations, and policies and selected state laws and proposed legislation. GAO also interviewed officials from federal agencies, 19 child welfare and adoption organizations, 15 adoption agencies, and 7 states selected primarily because of legislative activity on unregulated transfers. GAO also searched online activity on selected social media sites to find illustrative examples of families who may be considering unregulated transfers."

The report, which was made with "technical comments" from The Departments of Health and Human Services, Homeland Security, and State and notes that "The Department of Justice had no comments," recognizes the fact that some adoptive families rehome, or give away their children

"...because of a crisis within the adoptive family and difficulties accessing support services, according to officials GAO interviewed from selected states, child welfare and adoption organizations, and adoption agencies. Children adopted internationally or from foster care may need special care or counseling because of a history of institutionalization and trauma. Some parents, particularly those who adopted internationally, may not be prepared to deal with their adopted child's complex needs."

The report further recognizes that internationally adopted children and those adopted from foster care are at most risk because of trauma they suffered that their adopters are ill-equipped to deal with. The report notes that those adopting internationally receive only 10 hours of training as compared to 27 hours of training provided approximately half of the states for foster adoptions. Also noted is that adoptive parents report insufficient post-adoption services, particular residential care which can cost tens of thousands of dollars a year.

The report admits that:

"Little is known about the prevalence of unregulated transfers. Because they happen without any oversight, these transfers are difficult to track and no federal agency keeps statistics on their occurrence."

The GOA observed 23 instances in a 15-month period of adoptive parents seeking new homes for their children using online social media. With no explanation of why these incidents were not investigated, the report states:

"Because GAO did not investigate these posts and because discussions between online participants can be continued privately, GAO was unable to determine whether these participants intended to pursue a legal placement or an unregulated transfer, or whether such a transfer actually took place."

As I previously reported states have begun making rehoming illegal. Seven states have:

"...enacted legislation and 3 made changes to state child welfare programs as of July 2015. The most common approaches were criminalizing unregulated transfers or actions that may lead to these transfers, and restricting the advertisement of children for placement. In addition, activity in several states involved improving post-adoption services, which many officials said was a key need for families who resort to unregulated transfers."

As for post adoption services the report found they "can be difficult and time-consuming, and funding for these services is limited."

"At the federal level, several agencies established an interagency working group on unregulated transfers in October 2013. Officials from the Department of State said they plan to revise international pre-adoption training requirements that may include an increased number of minimum hours. HHS issued a memorandum in May 2014 encouraging states to promote post-adoption services and to review their policies to address unregulated transfers."

On the one hand, it is encouraging to see any federal level oversight of adoption, as all interstate and international adoptions should be under the auspices of a federally dedicated adoption watchdog agency, which we still fail to have in this country.

On the other hand, one wonders the cost to taxpayers to have these bean-counters confirm what we knew two years ago and decide that they MAY increase the number of hours of training for pre-adoptive parents and encourage states to do more about this very serious threat to the safety and well-being of adopted children.

The failure of our government to regulate private entrepreneurs who transfer of custody of children for personal gain, is deplorable. L. Ann Babb, in her book, Ethics in American Adoption, states that nail salons were better regulated than adoption agencies. Adam Pertman, while executive director of The Donaldson Adoption Institute, several times in various interviews called American adoption the "Wild West" and stated that anyone can "hang a shingle" and facilitate adoptions.

What more can and should be done to stop this reprehensible practice? The report ignores suggestions to set up agencies to vet secondary adopters. It also ignores suggestions I made in writing about this tragedy, wherein I concluded that criminalizing adoptive abandonment is closing the barn door after the horse has galloped away and stomped on a child, instead of properly corralling the bronco. I suggested the following:

"Adopters need mandatory preparatory classes, and they must be made to sign a contract, a statement that they understand that they are taking full legal and financial responsibility for the child they adopt. Whatever happens, they will have to pay child support for life. Such a contract is imperative to protect the children, and no nation should allow any American to adopt who has not received preparatory classes and signed such an agreement.

Abandoning vulnerable children you have legally committed to protect as your own, forever, to non-vetted strangers who often have proven to be abusive, is one of the worst forms of child cruelty. We need to put some teeth into preventing these atrocities the GOA confirms is still going on.