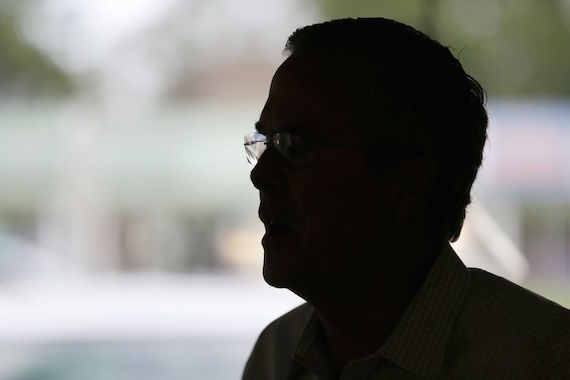 In 2015 multiculturalism should be openly embraced in the United States, a country where many pride themselves on having the freedom to be who they are without persecution. Instead, there are many who still advocate intolerance, including several presidential candidates.

Republican presidential candidates have openly and routinely slandered Muslims and Latina/o immigrants. One has said that he would not feel comfortable putting "a Muslim in charge of this nation." Another candidate has suggested the U.S. "should not have a multicultural society" when it comes to thinking about foreign immigration.

Words such as these send the message that if one follows certain religious and other cultural traditions, then they should not be considered equal in the United States. Similar messages further insinuate that everyone can find acceptance if they assimilate to some type of ideal Anglo-American culture.

This type of prejudice threatens the cultural heritage of millions of people in the United States and continues a long legacy of colonial thought stemming back several centuries. Assimilation efforts have changed over the years, yet they remain colonial, oppressive, and in 2015 these ideas go against the freedoms that are supposed to be at the core of what it means to be "American."

"We should not have a multicultural society"

Last week a woman in Iowa asked Jeb Bush how he thought immigrants and refugees could best "become Americans." Without hesitation he responded:

"We should not have a multicultural society. America is so much better than every other country because of the values that people share -- it defines our national identity. Not race or ethnicity, not where you come from. When you create pockets of isolation -- and in some cases the assimilation process is retarded because it's slowed down -- it's wrong. It limits peoples' aspirations."

First, the U.S. has always been and will always be a multicultural society -- one where people from many distinct ethnic backgrounds have come together and form a society as a whole. Many people (not just immigrants) do not believe they should have to fully assimilate, or give up their traditional culture or heritage from where their ancestors originated, just in order to become "American."

Next, what are the values that Bush and others assume that immigrants lack? Most immigrants are familiar with extreme struggle in their home countries and commit themselves to hard work in this country. These immigrants also have extremely strong family values, especially those from various parts of Latin America.

In other words, how are U.S. values essentially any different or better than those found south of its border?

While Jeb Bush may mean well, he missteps when he opts for colorblind rhetoric and ignores discussing the importance of race and ethnicity. When Bush suggests that immigrants "create pockets of isolation" on their own, he also misses how social systems founded on race and class have essentially created internal colonies within U.S. borders.

Low-income people of color do not ghettoize themselves. Both historically and presently, certain institutions have funneled African Americans, Latina/os, and Native Americans into ghettos, barrios, and reservations.

Still, politicians and mass media often connect impoverished people in communities of color with an unwillingness to adopt some ideal type of respectable Anglo-American culture. They stereotype those who refuse to assimilate as culturally backward, inept, and void of the attributes needed to attain the middle-class "American Dream."

In reality, inadequate schools, poor housing opportunities, lack of career options, and few viable paths to citizenship (for immigrants) all play a much larger role in limiting people's opportunities and aspirations. In the past, many of these factors defined colonial structures.

Today's penal system in the U.S. also mirrors old-school colonization -- where from the fifteenth through twentieth centuries European empires often used strong-arm conquistadores or military personnel to subdue their colonial subjects in other parts of the world (Asia, Africa, Latin America, etc.).

Internal colonies in the U.S. today are also spaces where police target and brutalize young people of color. This is coupled with courts and legal systems that over-incarcerate Latina/os, Native Americans and African Americans at alarming rates.

Do they deserve such treatment simply because they reject cultural assimilation?

The myth of non-English speaking immigrants

Latina/os are no strangers to colonial thought and assimilation; their history is born out of it. When Christopher Columbus (Cristóbal Colón) and the Spanish first landed in the Caribbean islands in 1492, they misnamed the indigenous people Indios (Indians) and kidnapped seven local Taíno people in order to teach them Spanish. Then they attempted to convert all Indigenous peoples to the Christian faith under Catholicism.

Columbus and his men initiated a long and complex colonial history of merging cultures in Latin America, which resulted in a number of diverse mestizo/mixed identities under the umbrella term of Latino. Today in the U.S. many people want Latina/os to throw off their rich heritage and assimilate to Anglo-American culture, almost as a prerequisite for gaining social acceptance and U.S. citizenship.

Surprisingly, Republican presidential candidates have debated whether or not people who are bilingual should even speak Spanish. Some in Jeb Bush's own party even called him out for publicly responding to questions in Spanish (which he speaks fluently).

Denouncing the Spanish language not only belittles many Latina/os, but it also further pushes the misconception that immigrant families refuse to learn English.

Even though the U.S. does not have an official language, immigrants today learn English much faster than they did in past generations -- when various Europeans made up the largest immigrant groups. Today around 93 percent of U.S. residents speak at least some English, a number that is higher than many countries that have a mandated national language.

Jeb Bush has written about the assimilation of immigrants "into the American identity" and says that demonstrating a fluency in English and passing an exam "on basic American civics and history... should not be enough to earn citizenship." (He also points out that one-third of U.S. citizens could not pass the citizenship exam.)

Certainly, any immigrant should be able to become a U.S. citizen without giving up their traditional heritage. Instead, many continue to advocate that Latina/os erase their cultures and replace them with the English language along with some type of ambiguous "American values."

Certain politicians have used undocumented Latina/Latino immigrants as a convenient scapegoat to caste blame on for a number of the country's problems. Instead of providing real solutions to issues facing the nation, it's easier to attack a vulnerable population, especially when they lack the power of citizenship and the right to vote. However, this tactic will prove increasingly difficult, as Latina/o citizens now make up a significant portion of the voting demographic.

Still, some Republicans continue to villainize Latina/os as well as Muslims and other people of color. This is perhaps intentional, since polls show that these negative sentiments resonate with a good segment of the GOP base.

In the days after Ben Carson stated, "I would not advocate that we put a Muslim in charge of this nation," he rose in the Republican primary polls. Even though the former neurosurgeon claims that understanding the "Constitution isn't brain surgery," Carson seems to have ignored Article VI, which says that "no religious test shall ever be required as a qualification to any office... under the United States."

Although Carson later attempted to clarify his comments, it's clear that making inflammatory statements about Muslims or Latina/o immigrants creates media buzz that increases national exposure and boosts polling for Republican candidates; but at what overall cost?

Carson, Trump and others reinforce discrimination before mass public audiences, which normalize the stereotypes of Muslims as inherently "un-American" and Latina/os as "criminals, drug dealers, [and] rapists." This Islamophobia and anti-immigrant sentiment strengthens negative stereotypes and furthers colonial assimilationist ideologies.

Who defines the ideal "American"?

No one likes to be told that their way of life is inferior to others because it makes them feel they are inadequate. Unfortunately, there are those who routinely uplift themselves by subordinating people of color, non-Christians, women, LGBTQ, and low-income peoples.

While we would like politicians to refrain from utilizing stereotypes to slander whole groups of people, we do not need to look to anyone on either side of the political spectrum to define who will be accepted as an "American." This is something we as both individuals and a society can work together to define.

Each one of us has the ability to teach others, even if it's through social media or a simple conversation. If we do not define U.S. society in the 21st century as not simply tolerant of other people, but accepting, then we will remain what the nation was before the Declaration of Independence: a bunch of colonists.