WASHINGTON (Reuters) - The United States is taking steps and considering a range of further actions over Myanmar’s treatment of its Rohingya Muslim minority, including targeted sanctions under its Global Magnitsky law, the State Department said on Monday.

“We express our gravest concern with recent events in Myanmar’s Rakhine state and the violent, traumatic abuses Rohingya and other communities have endured,” it said in a statement.

It added: “It is imperative that any individuals or entities responsible for atrocities, including non-state actors and vigilantes, be held accountable.”

Tillerson stopped short of saying whether the United States would take any action against Myanmar’s military leaders over an offensive that has driven more than 600,000 Rohingya Muslims out of the country, mostly to neighboring Bangladesh.

The State Department made the announcement ahead of President Donald Trump’s maiden visit to the region early next month when he will attend a summit of ASEAN countries, including Myanmar, in Manila.

It marked the strongest U.S. response so far to the months-long Rohingya crisis but came short of applying the most drastic tools at Washington’s disposal such as reimposing broader economic sanctions suspended under the Obama administration.

Critics have accused the Trump administration of acting too slowly and timidly in response to the Rohingya crisis.

The State Department said on Monday: “We are exploring accountability mechanisms available under U.S. law, including Global Magnitsky targeted sanctions.”

Measures already taken include ending travel waivers for current and former members of the military in Myanmar, also known as Burma, and barring units and officers in northern Rakhine state from U.S. assistance, it said.

“We have rescinded invitations for senior Burmese security forces to attend U.S.-sponsored events; we are working with international partners to urge that Burma enables unhindered access to relevant areas for the United Nations Fact-Finding Mission, international humanitarian organizations, and media,” the statement said.

In addition, Washington is “consulting with allies and partners on accountability options at the UN, the UN Human Rights Council, and other appropriate venues,” it said.

Interviews with more than a dozen diplomats and government officials based in Washington, Myanmar’s capital, Yangon, and Europe have revealed that punitive measures aimed specifically at top generals were among a range of options being discussed in response to the Rohingya crisis.

Such measures could include the possibility of imposing asset freezes and prohibiting American citizens from doing business with them.

Forty-three U.S. lawmakers urged the Trump administration to reimpose U.S. travel bans on Myanmar’s military leaders and prepare targeted sanctions against those responsible for the crackdown.

The Magnitsky Act, originally passed in 2012, imposed visa bans and asset freezes on Russian officials linked to the 2009 death in prison of Sergei Magnitsky, a 37-year-old Russian whistleblower. It has since been expanded to become the Global Magnitsky Act, which could be used against the generals in Myanmar. 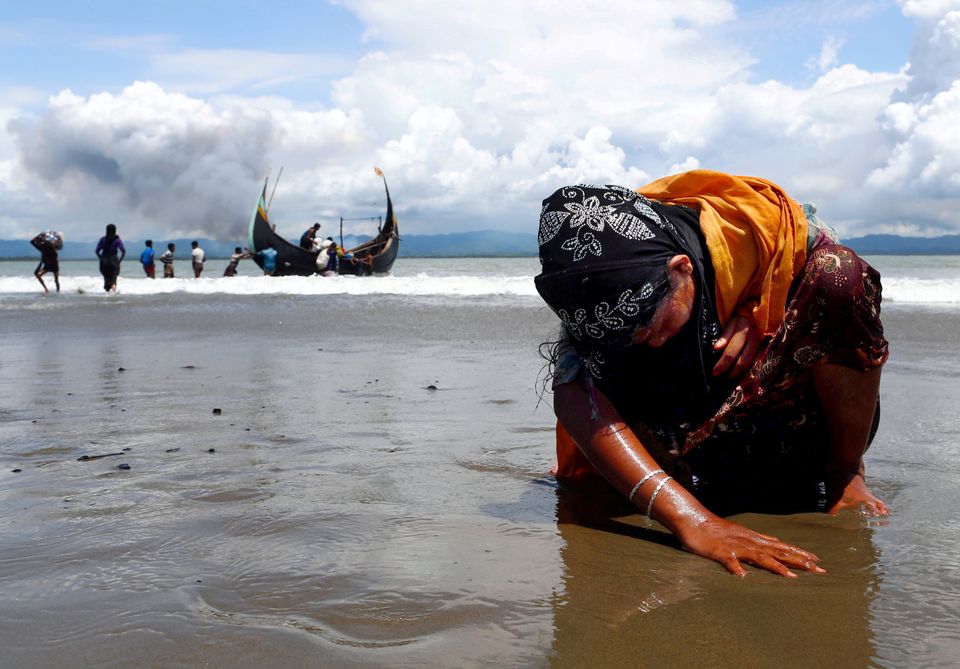