The nuclear deal reached between Iran and the P5+1 world powers last summer, formally known as the Joint Comprehensive Plan of Action, was predicated on a basic give-and-take. In exchange for Iran agreeing to intrusive international inspections and monitoring and limits on its enrichment and heavy water capacity for a confidence-building period, the P5+1 would respect Iran's right to nuclear enrichment and remove all nuclear-related sanctions. Today, the future of this quid pro quo is under threat -- and not from the Iranian side.

The consequences of the JCPOA falling through would not only be on the size and scope of the Iranian nuclear program. For Iran, the JCPOA was a criterion for judging whether it could trust the West to cooperate on other issues. If the United States faithfully abides by its commitments under the deal, then the view of Iranian leaders towards broader negotiations would be positively affected. However, if the United States acts with ill intent and makes it difficult for Iran to receive the benefits it is due under the deal, then the belief of Iranian leaders that the United States is insincere and cannot be trusted will be reaffirmed. Years of diplomacy will be undone and a zero-sum mentality will once again take hold between the two countries -- with disastrous consequences for the region.

By the JCPOA's "implementation day" on Jan. 16, Iran had followed through on all of its commitments; reducing its enriched uranium stockpile by 98 percent, capping its number of centrifuges enriching uranium to 6,000, modifying its heavy water reactor and implementing strict surveillance measures, among other obligations the International Atomic Energy Agency has verified and Iran has abided by.

However, now that the JCPOA has been implemented, Iran has yet to derive the expected benefits from sanctions relief. As Iran's Supreme Leader Ayatollah Ali Khamenei has said: "They [the United States] write on paper that banks can cooperate with Iran, but in practice they promote Iranophobia so that no one trades with Iran. American officials say that sanctions are still in place so that foreign investors get scared and do not come."

If the U.S. acts with ill intent and makes it difficult for Iran to receive the benefits it is due under the deal, then the belief that America is insincere and cannot be trusted will be reaffirmed.

Indeed, fearful of existing non-nuclear sanctions and the prospect of new sanctions, international banks and corporations with U.S.-based operations have been fearful of trading with or investing in Iran. Major European banks have in the past paid billions in fines due to supposed Iran sanctions violations. As a consequence, Iran has not been able to receive expected foreign investment or have international banks facilitate the business agreements it has signed since the JCPOA's implementation.

"The most important problem is that the United States is taking a back seat after eight years of scaring everybody off, imposing heavy penalties on people who wanted to do business with Iran," Iranian Foreign Minister Javad Zarif said in a recent interview with The New Yorker's Robin Wright. "The United States needs to do way more. They have to send a message that doing business with Iran will not cost them."

U.S. sanctions have also prevented Iran from repatriating its much-hyped frozen oil revenues, which have been held at banks abroad. For Iran to retrieve this money, much of which was denominated in U.S. dollars, requires the foreign banks to conduct dollar-clearing sanctions for Iran, which they are hesitant to do for fear of running afoul of U.S. sanctions. According to U.S. Secretary of State John Kerry, Iran has so far been able to repatriate only $3 billion of its $55 billion to $100 billion in frozen funds abroad.

Adding insult to injury, the U.S. Supreme Court also recently broke all precedent by ruling that families of American victims of a 1983 Beirut bombing can sue Iran for $2 billion worth of frozen Iranian assets. Iran's centrist and pragmatic president, Hassan Rouhani, called the decision a "continuation of hostilities against Iran" and a "flagrant theft and a legal disgrace." Iran's Central Bank Chief Valiollah Seif also placed blame on the Mahmoud Ahmadinejad administration for making investments in dollars, which were among the frozen assets the Supreme Court ruled on. 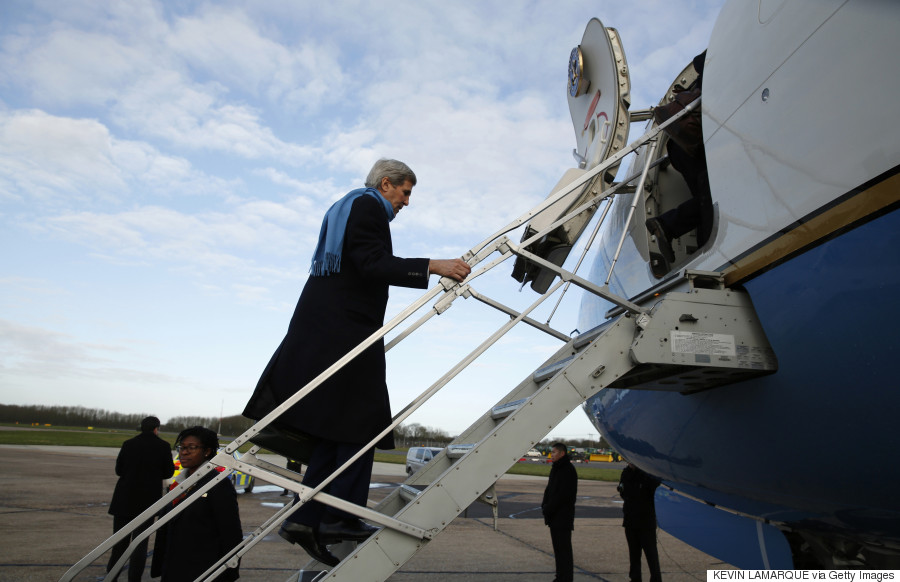 In January, the United States also adopted new visa regulations requiring Europeans who visit Iran to attain a visa before entering the United States, creating another barrier to European trade with Iran. All of these measures have not just spurred frustration in Iran, but also in Europe.

"Europe is being taken hostage by American policy,"declared Marietje Schaake, the vice president of the European Parliament's Delegation for Relations with the United States. "We negotiated the nuclear deal together, but now the U.S. is obstructing its execution."

With all of this said, there is still reason to hope that these hurdles will be overcome and Iran will reap the benefits it is due from sanctions relief. Secretary Kerry and Foreign Minister Zarif met twice last week to discuss how to resolve the problems with Iran receiving sanctions relief. Kerry said after his meeting with Zarif: "The United States is not standing in the way and will not stand in the way of business that is permitted with Iran since the (nuclear deal) took effect."

He added: "We've lifted our nuclear-related sanctions as we committed to do and there are now opportunities for foreign banks to do business with Iran. Unfortunately, there seems to be some confusion among foreign banks and we want to try to clarify that as much as we can."

If the deal collapses, not only would there be no chance for any compromise between Iran and the U.S on any other issue, but Iran would also lose its faith in the Security Council.

The Obama administration recognizing these problems and declaring it is willing to clarify what transactions foreign financial institutions can conduct with Iran is a hopeful sign. The JCPOA was the first major agreement between Iran and the United States, and also involved the rest of the five permanent members of the U.N. Security Council plus Germany. For it to be a step towards a more constructive relationship between Iran and the West, it is imperative that all sides faithfully implement their commitments.

Foreign Minister Zarif said in this regard recently: "As the Leader [Ayatollah Ali Khamenei] said last year, if the experience of the nuclear negotiations proves that the United States is changing its approach toward Iran -- is basing its approach to Iran on mutual respect and interests -- then there is a chance of change."

If the JCPOA collapses, not only would there be no chance for any compromise between Iran and the United States on any other issue, but Iran would also lose its faith in the U.N. Security Council. Unfortunately, there are powerful forces in U.S. politics that seek to increase U.S.-Iran enmity and revert Iran and the United States back onto the path to war. These special interest groups are doing everything in their power to destroy the landmark diplomatic agreement and have strong sway over Congress, which is pushing for over a dozen new sanctions against Iran. The efforts of these groups, sadly, are done more at the behest of the Israeli and Saudi governments and done more for the purpose of obstructing President Obama's foreign policy goals than enhancing global peace and security.

Ambassador Seyed Hossein Mousavian is a research scholar at Princeton University and a former spokesman for Iran's nuclear negotiators. His nuclear book, "The Iranian Nuclear Crisis: A Memoir," was published by the Carnegie Endowment for International Peace. His latest book, "Iran and the United States: An Insider's View on the Failed Past and the Road to Peace" was released in May 2014. Sina Toossi in an analyst focusing on the Middle East and Iran. He tweets @SinaToossi.