Debate over the strength of the U.S. economy has been at the heart of much of this year's presidential election. Mitt Romney has continually slammed President Barack Obama on his economic record and accused him of being "anti-wealth," but a recent survey from British analyst WealthInsight reports the U.S. has added 1.1 million millionaires since Obama was elected in 2008.

According to the London-based wealth-analysis group, the figure means the number of millionaires has grown by 28.6 percent. This is equivalent to over a thousand new millionaires per day during Obama’s first three years, according to a press release obtained by The Huffington Post.

"It doesn't really fit the campaign rhetoric that one side is against the rich and the other is for," WealthInsight analyst Christopher Rocks said. "The total number of millionaires is growing and will continue to grow whether Obama or [Mitt] Romney is elected."

The group defines millionaires -- also referred throughout the report as “high net worth individuals” (HNWIs) -- as individuals with net assets in excess of $1 million, excluding primary residences.

According to Business Insider, the super rich have been the fastest to recover following the financial services sector. However, the number of new U.S. millionaires did fall after the market crash. At the end of 2011 there were just over 5.1 million millionaires in the United States -- 165,360 fewer than in 2007.

The news outlet predicts that with real estate improvements and the recent rise in stock market, the number of millionaires will be back to pre-recession levels by the end of 2012.

“The US wealth sector has recovered strongly since the financial crisis," WealthInsight's Rocks said. "Contrasting with a lot of campaign rhetoric, growth in the HNWI population under President Obama has been rapid, far outpacing growth in the broader economy.”

CNBC's Robert Frank notes the projected growth means the U.S. will still outstrip other nations when it comes to turning out the wealthy. Japan ranks second globally with 1.6 million millionaire households, followed by China with just over 1 million.

Clarification: Language has been added to the post to account for the difference between the two estimates of the total number of U.S. millionaires. 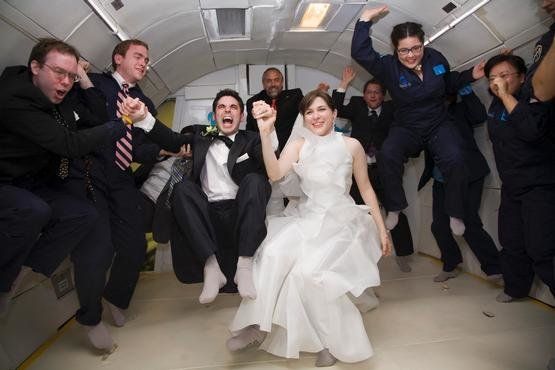 1 / 15
Zero Gravity Wedding: $18,000
You'll literally float on air when you fly in this Boeing 727 with your friends and family. Guests will experience 20 to 30 second periods of weightlessness over and over again.
This Is Why I'm Broke