The United States Patent and Trademark Office (USPTO) is an agency in the U.S. Department of Commerce that issues patents to inventors and businesses for their inventions. The USPTO's mission was defined in the United States Constitution, where our forefathers designed a system to protect intellectual property. The basic concept was that as an inventor you should profit from your ideas. In exchange, you as the inventor would then make your inventions public so that others would be able to build upon your ideas and make them even better. Today, the USPTO employs over 12,000 employees. The USPTO is responsible for both patent and trademark examinations. The examination and dissemination of both patents and trademarks to the world is part of the responsibility of John Owens, the chief information officer of the USPTO, who has served as the CIO since 2008. In addition, the operations and maintenance of all the public and internal facing IT to support that innovation is also managed by USPTO's IT organization. 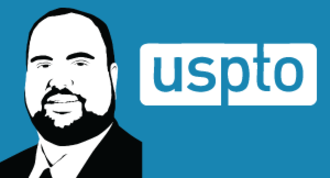 The USPTO IT organization employs 650 IT professionals and they are looking to expand with more than 50 plus current job openings. According to Owens, the USPTO has the most modern technologies and infrastructure. The past few years, the USPTO has also started an initiative to re-write all of their legacy application by adopting a user-centered design and agile development processes. Owens has placed a strong emphasis on dev-ops and rapid delivery of solutions. There are a major patent end-to-end projects, which is a complete re-write of the patent environment and trademarks next generation workflow and processes. Major IT led modernization projects includes new feed processing systems new user personalized web pages, where you can customize your experience, and electronic corporate engagement processes. This infrastructure runs on various cloud platforms - Red Hat, Amazon and Google cloud is used to securely disseminate data and deliver large scale end-user service delivery.

The USPTO is fee funded and given exemptions under Title 35, which means they operate differently than most federal agencies - no tax dollars goes to fund the USPTO; it's all fees. There are certain exceptions, particularly around the sole source selection of technologies and services. This format allows the USPTO IT department to use more cutting edge technologies, while meeting all of the FISMA and federal regulations regarding security and other compliancy policies. "We manage our environment through a series of project management best practices that we took right out of industry. In fact the whole dev-op's movement, which I am a very big supporter of in the federal government, is right out of industry. So I would say that the USPTO IT model is not that much different than the private sector," says Ownes.

Here at the USPTO it's all about quality and service availability. This is going to sound a little odd but I would like to have the failures of the United States Patent and Trademark Office IT systems make the front of the paper.

Now most people would say, why would you want to be on the front page of the paper? I wouldn't, but I would like those failures to be so uncommon that they'd be top newsworthy. The system we're building today, there is no single point of failure. They're housed in multiple data centers. They have 24/7 by 365 operations. They are built on Red Hat J Boss with highly scalable and redundant type of technologies. There is service orientated architecture throughout. We have taken the best that industry has to offer and every piece of knowledge that we can gain, coupled with open source best practices, and we've really turned that into a robust platform.

It's like when I was a kid there was a big push, when you pick up the telephone there was a dial tone. I think that it's pretty much the same here. I want the expectation to be that the USPTO will satisfy all of our IT needs when it comes to patents and trademarks, the dissemination of information, and the submission of that data, without interruption -- that's the picture of success.

Managing and Developing IT Talent

With more than 70 current USPTO IT job openings, Ownes and his team are focused on hiring and retaining the very best technology professionals in the industry, with heavy focus on hard-core computer science skills. The USPTO has done an incredible amount of hiring in other areas like degreed computer scientists with love for agile development and JAVA coding skills. But the most important trait that Owens and his team look for when recruiting is not experience but rather how excited the candidate appears to be when faced with the opportunity to tackle difficult problems.

We look for candidates who say, 'I'm going to tackle this and I'm going to solve it', and work together as part of a team to make you know their ideas heard and make a difference.' It's this level of motivation that we're really looking for. In government terms, we have both GS2210 and GS1550 positions available, the 1550 positions being computer scientists, computer engineer positions, with positive degree requirements.

We have been able to drive up quality in the federal government through contracting by providing developers on the agile teams that are federal employees, not just contractors. And making sure that they are the gatekeepers for the code reviews, because as we know when the government accepts code from a contract, and now the government is responsible.

Owens sets aside an annual training budget of $2 million dollars to train every employee for 40-80 hours. Owens believes that the motivation for outside contractors is different than employees. He believes that by assigning federal employees he can develop check-and-balances against the promised set of deliverables, while improving product and service quality - via code reviews, automation testing and tools and continuously improving compliancy procedures and policies.

By placing a federal government employee with the right skillset right there upfront, you're able to do evaluation and know what level of quality you're getting. Combined with agile development, we are able to produce a product every 2 to 3 weeks.

That's very powerful because now you are guaranteeing a level of quality that you are going to get when you actually produce the product and put it in production. That's a big deal. We were not able to properly find a way to incentivize the contractors in an appropriate way to do what we are able to achieve today, with the same level of due diligence.

Owens views the term 'digital government' to mean fully embracing end-to-end electronic consumption - processing, publishing, disposition, hosting - in a public, scalable and meaningful way. Owens references many examples of remote and mobile methods that USPTO employees and external citizen can access their work or pending applications today. The other part of a digital government is about data.

Through well designed and integrated APIs, USPTO can access large volumes data through a series of systems that were developed to be accessed via mobile devices, across multiple operating systems and the web. One example is the public patent search that allows people to view all patents around the globe. The challenge of highly integrated legacy and modern systems still exist, but Owens and his team continue to drive digital government transformation using the best practices and solution that the market has to offer. Ownes has his team also place a very strong emphasis on security. Owns employs the best and brightest talent, procedures and technology in the Federal government security to meet all of the standards and rigorous audit requirements. To achieve the best possible outcomes, Owens and his team will also partner with smaller companies.

Owens concluded his interview with the following advice for CIOs and IT leaders:

2. Embrace new and diverse ideas: Embrace ideas that you're not familiar with and use customer-centered design, agile development, and dev-ops. Look to produce a quality product. You can be on budget and release a product and still produce something that no one wants to use; that's a serious problem. I think we have a lot in the federal government to learn from industry. It pains me greatly to know that federal government spends about $80 billion a year, and we are not the leaders in IT. It's all about producing that quality product in a timely manner and listening to your customers and producing something that they want to use.

3. Stay teachable: If you want to remain relevant, keep up your technical skills and produce. That's the best way I know to be relevant in both the private industry and the government."

You can watch the full interview with John Owens here. Please join me and Michael Krigsman every Friday at 3PM EST as we host CXOTalk - connecting with thought leaders and innovative executives who are pushing the boundaries within their companies and their fields.