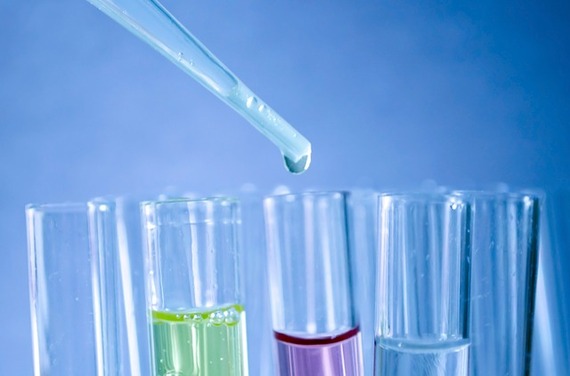 In the coming weeks, a single drug will revolutionize the U.S. pharmaceutical industry. Zarxio, a drug that reduces infections caused by chemotherapy, is about to become the very first biosimilar drug sold in the United States. Biosimilars are generic-like alternatives to biologics, complex drugs created in living organisms that have exploded in usage over the last decade. About $4 out of every $10 spent on prescription drugs in the U.S. is spent on biologics.

Biosimilars have brought more affordable lifesaving treatments to millions around the world, but until now, have not been available in the United States due to the lack of a regulatory approval pathway. However, the Affordable Care Act included legislation that created the necessary biosimilars approval pathway. And after five years of various implementation delays, the first steps are finally being taken to bring these drugs to market. In March, Zarxio became the first biosimilar approved by the Food and Drug Administration (FDA).

Similar in concept to a generic drug, biosimilars are cheaper with the same biological and clinical effects. These drugs hold great promise for improving affordability and increasing access to these medications typically used to treat complex and chronic diseases like cancer, Rheumatoid arthritis and kidney failure. In Europe and other parts of the world where biosimilars have been sold for nearly a decade, patients have seen significant savings. Examples of these popular biosimilars include epoetin, which treats anemia, and infliximab, which treats certain autoimmune disorders, such as rheumatoid arthritis.

A 2014 Rand analysis predicts that biosimilars will reduce U.S. spending on biologics by $44.2 billion through 2024, or about 4 percent of total biologics expenditures. Actual savings could range from $13 billion to as high as $66 billion depending on how final FDA regulations unfold and the number of biosimilars that come to market. Additionally, while some in the industry have been skeptical about how well biosimilars will perform in the United States, a recent example in Norway finds that one biosimilar helped capture 50 percent market share. Considering the high price of brand-name biologics -- on average $34,550 annually and as much as $200,000 at the higher end -- the arrival of biosimilars like Zarxio is welcome news.

Patients aren't the only ones that stand to benefit -- the federal government will also reap savings. Biosimilars will reduce federal spending on reimbursements for expensive treatments for the growing number of baby boomers entering Medicare and the millions of low-income Americans who rely on Medicaid. When the Affordable Care Act was signed into law in 2010, the Congressional Budget Office estimated $7 billion in savings to the federal government within the first few years of biosimilars entering the market.

Zarxio is just the beginning. With tremendous promise for market growth, several other pharmaceutical companies have submitted applications to the FDA to gain approval for their biosimilar products. Earlier this year, Pfizer made a huge investment to more than double its biosimilar pipeline through its acquisition of Hospira.

While the opening of the U.S. biosimilar market is cause for much celebration, there remains some uncertainty with FDA regulation of biosimilars. To further encourage more entrants into this new market, the FDA should move the ball forward on providing greater clarity around naming conventions -- specifically ensuring that the official chemical names, called International Nonproprietary Names (INNs), of biosimilars are the same as the biologic they mirror, just as they are for generic drugs.

Five years after the pathway was approved by Congress, now is the time for the FDA to encourage -- not stymie -- the entry of biosimilars into this new and promising market.