WASHINGTON, Feb 18 (Reuters) - The U.S. Department of Justice is preparing to sue the Ferguson, Missouri, police department over allegations of racially discriminatory practices unless the police force agrees to make changes, CNN reported on Wednesday.

The network, citing sources, said the Justice Department would not charge the white Ferguson police officer involved in the fatal shooting of unarmed black teenager Michael Brown last August but was expected to outline allegations of discriminatory Ferguson police tactics. 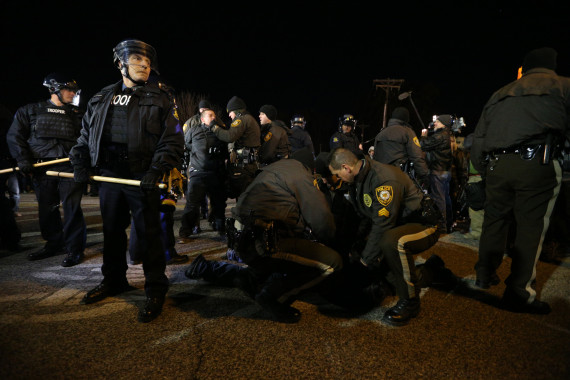 Police arrest people in the street outside the Ferguson Police Department in Ferguson, Mo., on Tuesday, Nov. 25, 2014. (Getty)

The department would file suit if Ferguson police did not agree to review and change those tactics, CNN reported.

The shooting of Brown last August by officer Darren Wilson led to months of sometimes violent protests in Ferguson and galvanized critics of the treatment by police and the U.S. criminal justice system of blacks and other minority groups. 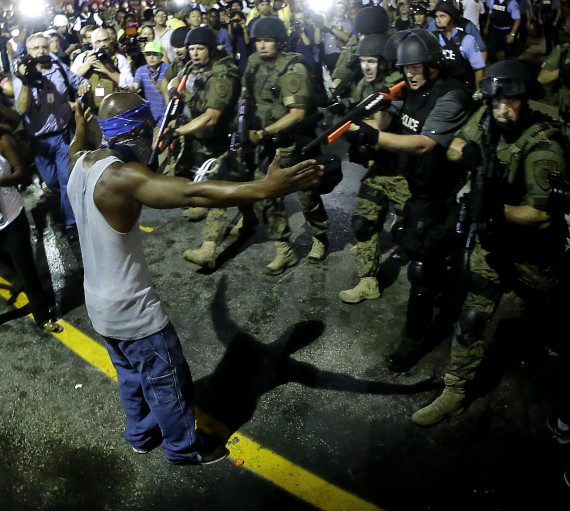 Police arrest a man during a protest on Aug. 20, 2014, over the shooting of Michael Brown in Ferguson. (AP) 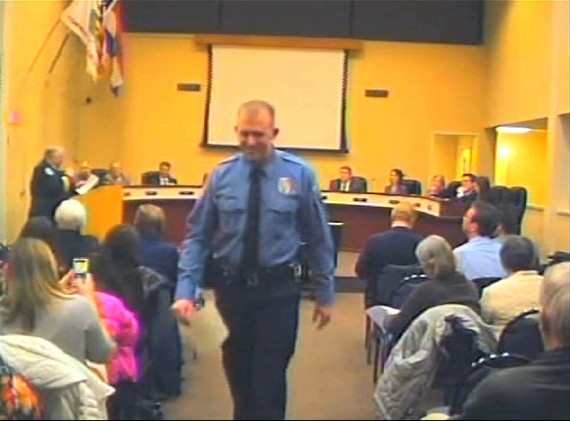 In this Feb. 11, 2014 image from video released by the City of Ferguson, Mo., officer Darren Wilson attends a city council meeting in Ferguson. (AP)

U.S. Attorney General Eric Holder, who is preparing to leave office, said earlier this month he hoped to complete the civil rights investigation of the shooting before he steps down. 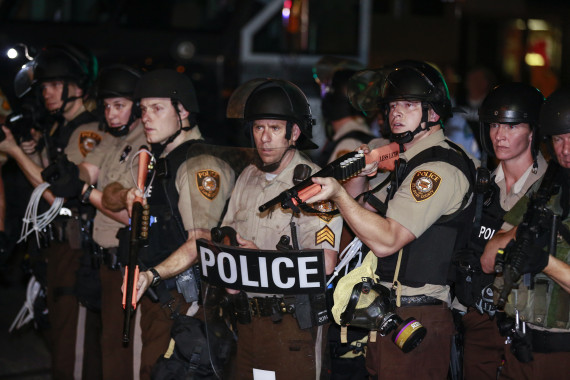 Law enforcement officers watch on during a protest on August 18, 2014 for Michael Brown, who was killed by a police officer on August 9 in Ferguson. (Getty)

CNN said the potential Justice Department lawsuit could include allegations that police targeted minorities in issuing minor traffic infractions and then jailed them if they could not pay the fines.

It reported the agency would seek court supervision of changes taken by Ferguson police to improve its dealings with minorities. (Reporting by Peter Cooney; Editing by Lisa Shumaker)