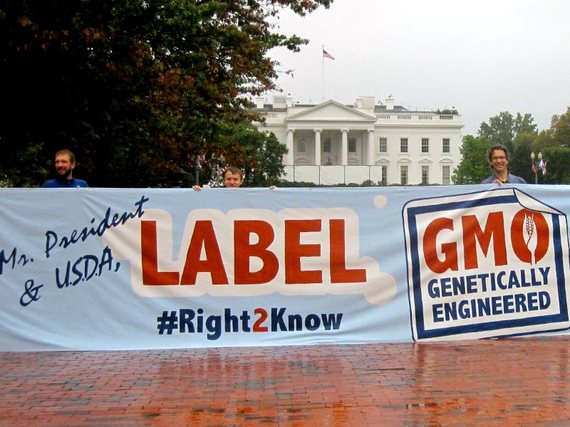 A new study of genetically modified crop technology by the National Academies of Sciences, Engineering, and Medicine offers a mix of observations about the controversial crops, and takes U.S. regulators to task for an ongoing lack of transparency that is fueling distrust by consumers and calls for mandatory labeling of GMO foods.

The lengthy report, sponsored in part by the U.S. Department of Agriculture, runs roughly 400-pages and seeks to address a range of environmental, health, social and regulatory issues surrounding genetically engineered (GE) crop technology. It is the culmination of work by a committee that includes scientists specializing in ecology, genetics and crop health from several state universities, as well as experts from the International Food Policy Research Institute, and other groups.

The release is timely, coming as Congress is debating whether or not GMO foods should be labeled, and as the Environmental Protection Agency assesses if glyphosate, a widely used herbicide whose use has increased with the commercialization of glyphosate-tolerant GMO crops, should be restricted.

Both critics and fans can point to findings they deem favorable, but the broad takeaway from the committee's work is that while GMOs on the market today appear not to pose a risk to human health, there should be greater accountability to a wary public and more independent study of a range of potential risks.

The committee steered clear of taking a stand on the current hot-button issue of GMO labeling, declining to clearly endorse either the consumer groups who want mandatory labeling of GMO foods or the food and agribusiness players who want to block mandatory labeling like the law set to take effect in Vermont on July 1. But the committee did state that GMO labeling "serves purposes that go beyond food safety."

"There clearly are strong non-safety arguments and considerable public support for mandatory labeling of products containing GE material. The committee does not believe that mandatory labeling of foods with GE content is justified to protect public health... however, product labeling serves purposes that go beyond food safety. U.S. policy-makers and the private sector have the ability to address the broader social and economic issues and to balance the competing interests involved."

The committee further stressed a need for public accountability when it discussed regulatory reviews of these GMO crops. "Transparency and public participation have been shown by research to be critically important for appropriate, sound, and credible governance of all aspects of the development, deployment, and use of GE crops."

The committee said that much of the information submitted to regulatory agencies seeking approval of new GMO products is kept secret, treated as "confidential business information." This lack of public access to health and safety data submitted by developers creates distrust, the committee said.

"Given a developer's self-interest in getting a product approved and its control over the material considered by the agency, the lack of access creates skepticism about the quality of the data," the committee said.

The committee pointed out that in 2002 the U.S. General Accounting Office (now Government Accountability Office) recommended that the Food and Drug Administration randomly verify raw test data provided by a GMO developer, but there is no evidence FDA has adopted that recommendation.

The committee criticized USDA's Animal and Plant Health Inspection Service (APHIS) for not requiring post-market controls and monitoring of GMO crops, which the committee said could have mitigated resistance problems before they spread.

When seeking to address a number of concerns about the health impacts of consumption of foods made with GMO crops. the committee said that there was little evidence of specific links:

"The committee concluded that no differences have been found that implicate a higher risk to human health safety from these GE foods than from their non-GE counterparts. The committee states this finding very carefully, acknowledging that any new food--GE or non-GE--may have some subtle favorable or adverse health effects that are not detected even with careful scrutiny and that health effects can develop over time."

Regarding specific concerns about GMOs and concerns about ties to allergies, the committee said that "testing for allergenicity before commercialization could miss allergens to which the population had not previously been exposed," and "post-commercialization allergen testing would be useful in ensuring that consumers are not exposed to allergens," though the committee said it realized such testing would be difficult to conduct.

NO GMO YIELD GAIN
In another notable finding, the committee's work countered the credibility of often-repeated industry propaganda that genetically engineered crops are necessary to "feed the world" because they yield so much more than non-GMO crops.

The report found little foundation for the claims of yield benefit, however:

The committee's work also addressed another hot-button issue - the safety of the herbicide glyphosate. Though agrichemical interests say the safety of the herbicide is firmly established and accepted by the world's scientific community, the NAS committee said there "is significant disagreement among expert committees on the potential harm that could be caused by the use of glyphosate on GE crops and in other applications."

The committee also addressed the dicey new debate over emerging genome editing technologies that are billed by developers as decreasing the risks of unintended changes in the plants. The committee found that this decreased risk should simplify food safety testing. However, the committee also warned that "major changes in metabolic pathways or insertion of multiple resistance genes will complicate the determination of food safety because changes in metabolic pathways are known to have unexpected effects on plant metabolites."

As part of the study, the committee said it examined almost 900 research and other publications on the development, use, and effects of genetically engineered characteristics in corn, soybean, and cotton, which account for almost all commercial GE crops to date. As well, the committee said it listened to 80 speakers at three public meetings and 15 public webinars, and read more than 700 comments from members of the public.

The committee didn't provide all the answers, and indeed in many ways, raised new questions. But the committee call for more transparency to a skeptical public was loud and clear. Lawmakers, regulators and crop developers would do well to answer that call.