Making a sand castle that actually looks like a castle and not a bunch of blobs is hard enough.

Now try to make a sculpture worthy of a museum.

Eleven master sand sculptors have gathered in San Diego this weekend for the U.S. Sand Sculpting Challenge, now in its fifth year.

It’s an event that requires grit, determination, an ample supply of water and more than 300 tons of sand.

Sand sculpture by its very nature is ephemeral, but that isn’t stopping artists like Michela Ciappini from attempting to make a grand statement.

Her piece, “Surrender To Diversity,” depicts an angry crocodile with a smiling bunny in its jaw.

“They’re different but the same,” she told the San Diego Union Tribune. “I like the contrast of the aggressive crocodile and the joking rabbit. He could eat her but they are getting along,” said Ciappini, who is from Italy.

The sculptures are set to be bulldozed on Tuesday, but photos last forever (thank goodness).

PHOTO GALLERY
How To Make A Sand Castle 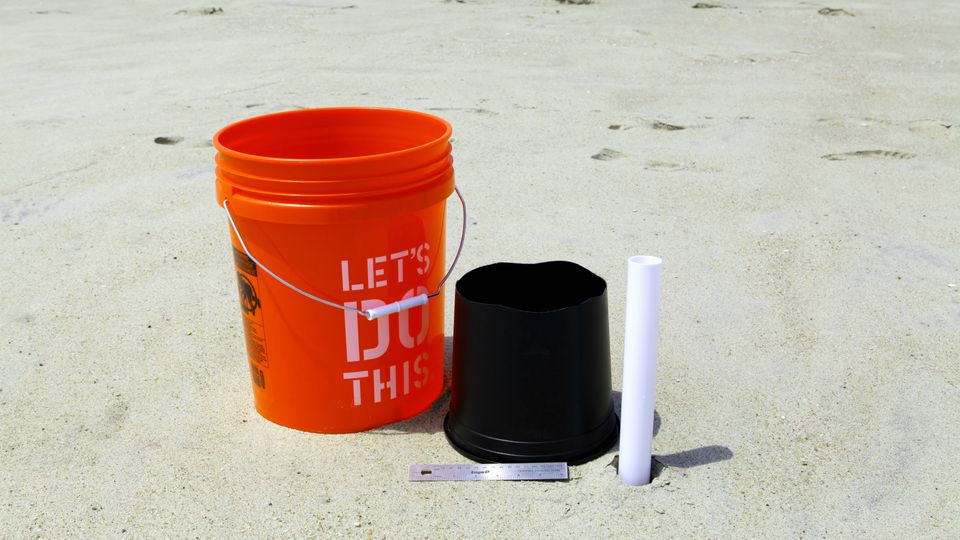 1 / 10
1. Bring the right tools.
Adams forgoes the traditional pail and shovel for bigger and more basic tools such as a paint bucket, cylinders with both ends cut off of various sizes for things like pillars and watchtowers, and something small to use for carving sand away to make windows, stairs and&nbsp;<a href="http://www.castlesandmanorhouses.com/architecture_03_walls.htm">merlons</a>&nbsp;(the squared top of walls).
The Huffington Post