Footage of a heartwarming reunion between a gay U.S. Navy seaman and his boyfriend is making the blogosphere rounds.

The sailor, identified in the video simply as Trent, had been deployed on the aircraft carrier USS Carl Vinson for nearly six months, according to Towleroad. Waiting for Trent amongst the friends and family at the Naval Air Station North Island in San Diego, Calif. was his boyfriend, Lee.

As he waits, an "ecstatic" Lee nervously checks his phone repeatedly before finally greeting Trent with a passionate smooch -- yet another poignant reminder of the progress made since the repeal of "Don't Ask, Don't Tell" last fall.

When the narrator asks Trent what he plans to do when he retires from military service in 10 months, he gleefully replies, "Go to Disneyland!"

Check out some of our favorite same-sex kisses below:

CORRECTION: This article initially referred to Trent as a Navy officer. 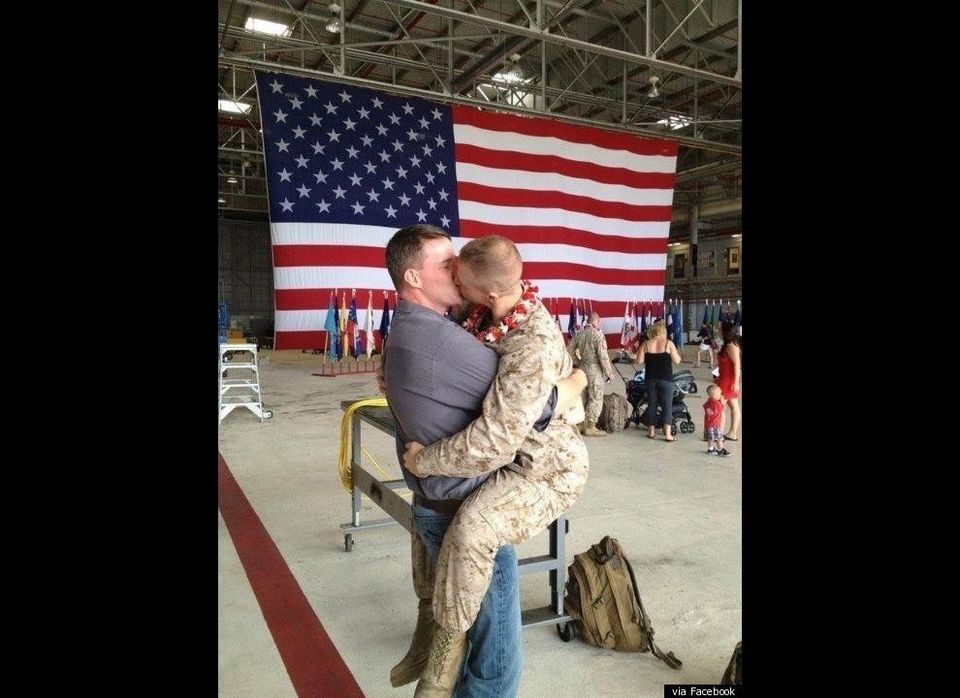 1 / 25
U.S. Marine's Homecoming Smooch With His Boyfriend
A homecoming photo of a U.S. Marine caught in a passionate lip-lock with his boyfriend went viral in the blogosphere after it was posted to Facebook's Gay Marines group. Brandon Morgan, the Marine in the photo, was quoted as saying, "To everyone who has responded in a positive way. My partner and I want to say thank you. Dalan, the giant in the photo, can't believe how many shares and likes we have gotten on this. We didn't do this to get famous, or something like that we did this cause after 3 deployments and four years knowing each other, we finally told each other how we felt."
Facebook