SAN FRANCISCO, May 29 (Reuters) - The United States tried to deploy a version of the Stuxnet computer virus to attack North Korea's nuclear weapons program five years ago but ultimately failed, according to people familiar with the covert campaign.

The operation began in tandem with the now-famous Stuxnet attack that sabotaged Iran's nuclear program in 2009 and 2010 by destroying a thousand or more centrifuges that were enriching uranium. Reuters and others have reported that the Iran attack was a joint effort by U.S. and Israeli forces.

According to one U.S. intelligence source, Stuxnet's developers produced a related virus that would be activated when it encountered Korean-language settings on an infected machine.

But U.S. agents could not access the core machines that ran Pyongyang's nuclear weapons program, said another source, a former high-ranking intelligence official who was briefed on the program.

The official said the National Security Agency-led campaign was stymied by North Korea's utter secrecy, as well as the extreme isolation of its communications systems. A third source, also previously with U.S. intelligence, said he had heard about the failed cyber attack but did not know details.

North Korea has some of the most isolated communications networks in the world. Just owning a computer requires police permission, and the open Internet is unknown except to a tiny elite. The country has one main conduit for Internet connections to the outside world, through China.

In contrast, Iranians surfed the Net broadly and had interactions with companies from around the globe.

The United States has launched many cyber espionage campaigns, but North Korea is only the second country, after Iran, that the NSA is now known to have targeted with software designed to destroy equipment.

Washington has long expressed concerns about Pyongyang's nuclear program, which it says breaches international agreements. North Korea has been hit with sanctions because of its nuclear and missile tests, moves that Pyongyang sees as an attack on its sovereign right to defend itself.

U.S. Secretary of State John Kerry said last week that Washington and Beijing were discussing imposing further sanctions on North Korea, which he said was "not even close" to taking steps to end its nuclear program. 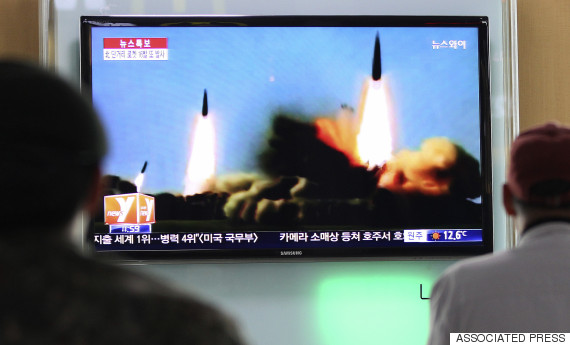 Experts in nuclear programs said there are similarities between North Korea and Iran's operations, and the two countries continue to collaborate on military technology.

Both countries use a system with P-2 centrifuges, obtained by Pakistani nuclear scientist A.Q. Khan, who is regarded as the father of Islamabad's nuclear bomb, they said.

Like Iran, North Korea probably directs its centrifuges with control software developed by Siemens AG that runs on Microsoft Corp's Windows operating system, the experts said. Stuxnet took advantage of vulnerabilities in both the Siemens and Microsoft programs.

Because of the overlap between North Korea and Iran's nuclear programs, the NSA would not have had to tinker much with Stuxnet to make it capable of destroying centrifuges in North Korea, if it could be deployed there.

Despite modest differences between the programs, "Stuxnet can deal with both of them. But you still need to get it in," said Olli Heinonen, senior fellow at Harvard University's Belfer Center for Science and International Affairs and former deputy director general of the International Atomic Energy Agency.

NSA Director Keith Alexander said North Korea's strict limitations on Internet access and human travel make it one of a few nations "who can race out and do damage with relative impunity" since reprisals in cyberspace are so challenging.

When asked about Stuxnet, Alexander said he could not comment on any offensive actions taken during his time at the spy agency.

David Albright, founder of the Institute for Science and International Security and an authority on North Korea's nuclear program, said U.S. cyber agents probably tried to get to North Korea by compromising technology suppliers from Iran, Pakistan or China.

"There was likely an attempt" to sabotage the North Korean program with software, said Albright, who has frequently written and testified on the country's nuclear ambitions. 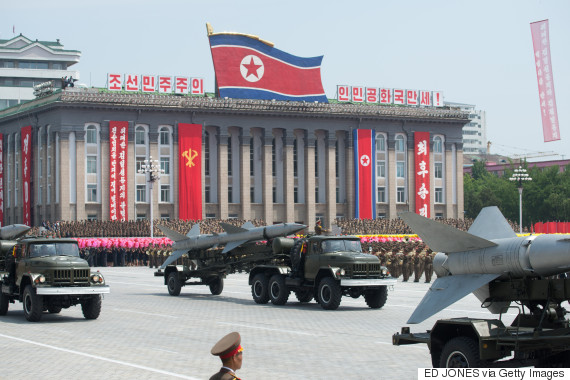 North Korean missiles are displayed during a military parade past Kim Il-Sung square marking the 60th anniversary of the Korean war armistice in Pyongyang on July 27, 2013. (Ed Jones/AFP/Getty Images)

The Stuxnet campaign against Iran, code-named Olympic Games, was discovered in 2010. It remains unclear how the virus was introduced to the Iranian nuclear facility in Natanz, which was not connected to the Internet.

According to cybersecurity experts, Stuxnet was found inside industrial companies in Iran that were tied to the nuclear effort. As for how Stuxnet got there, a leading theory is that it was deposited by a sophisticated espionage program developed by a team closely allied to Stuxnet's authors, dubbed the Equation Group by researchers at Kaspersky Lab.

The U.S. effort got that far in North Korea as well. Though no versions of Stuxnet have been reported as being discovered in local computers, Kaspersky Lab analyst Costin Raiu said that a piece of software related to Stuxnet had turned up in North Korea.

Kaspersky had previously reported that the software, digitally signed with one of the same stolen certificates that had been used to install Stuxnet, had been submitted to malware analysis site VirusTotal from an electronic address in China. But Raiu told Reuters his contacts had assured him that it originated in North Korea, where it infected a computer in March or April 2010.

Some experts said that even if a Stuxnet attack against North Korea had succeeded, it might not have had that big an impact on its nuclear weapons program. Iran's nuclear sites were well known, whereas North Korea probably has at least one other facility beyond the known Yongbyon nuclear complex, former officials and inspectors said.

In addition, North Korea likely has plutonium, which does not require a cumbersome enrichment process depending on the cascading centrifuges that were a fat target for Stuxnet, they said.

Jim Lewis, an advisor to the U.S. government on cybersecurity issues and a senior fellow at the Center for Strategic and International Studies, said there are limitations to cyber offense.

A cyber attack "is not something you can release and be sure of the results," Lewis said. (Editing by Tiffany Wu)