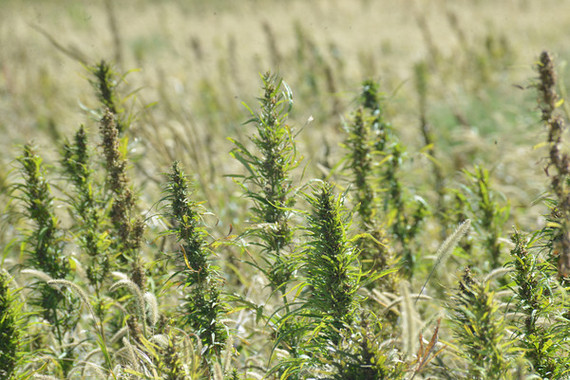 The United States and allies are clearly exploring every avenue when it comes to providing aid to Ukraine. They have to, considering the embattled nation is asking the International Monetary Fund for up to $20 billion, and Congress and the president agreed last week to $1 billion in loan guarantees. The simplest way to benefit their economy, however, is simply to import more Ukrainian goods. As it turns out, Ukraine is the world's fourth largest provider of hemp seed. So last week, Bloomberg reported that the U.S. was looking into acquiring Ukrainian hemp seed as a form of aid.

"We are now involved in trying to figure out ways in which we might be able to use the industrial hemp seeds that are created in the Ukraine in the U.S." Secretary of Agriculture Tom Vilsack told Bloomberg.

The timing couldn't be better; Section 7606 of the Farm Bill, "Legitimacy of Industrial Hemp Research" allows for research institutions and State Departments of Agriculture to grow industrial hemp in approved pilot programs -- provided they're located in one of the thirteen states with rugged hemp legislation. (CA, CO, IN, KY, ME, MT, NE, ND, OR, UT, VT, WA, WV). But it's hard to grow hemp for research without hemp seeds, and it's hard to find hemp seeds in a country where hemp cultivation has been practically banned since the '40s. And while American companies import millions of dollars of hempseed every year, all imported seed must be sterilized by law. Simply put, imported hemp seed is exactly what some American farmers need to build a new domestic hemp industry.

"Figure out ways" to use seeds?? Here's an idea : How about planting them. Farmers around the country want to grow this profitable and renewable crop. This would create jobs and reduce our trade deficit. And last year, U.S. consumers bought over $580 million in hemp products. Two birds with one stone: we help Ukraine by importing hemp seeds, and then boost our own economy by giving farmers and industry a new crop and resource.