WASHINGTON, July 10 (Reuters) - Three countries have warned their citizens to stay on guard when visiting U.S. cities rocked by sometimes violent protests that erupted after a string of police shootings of black Americans.

The United States regularly issues travel warnings urging Americans to either avoid or exercise caution in countries marred by violence or political instability.

Now America is the focus of concern by foreign governments in the Middle East and Caribbean as protesters marched in U.S. cities throughout the weekend after police killed black men in Louisiana and Minnesota.

The protests have led to numerous arrests, scuffles and injuries in confrontations between police and demonstrators. America was also tense after a lone black gunman on Thursday shot dead five police officers during a protest in Dallas.

The U.S. embassy of Bahrain, a tiny Middle Eastern island nation, on Saturday urged citizens via twitter to “be cautious of protests or crowded areas occurring around the U.S.”

Bahamas, a Caribbean nation where most people identify as being of African heritage, on Friday warned its people to be careful when visiting U.S. cities rocked by “shootings of young black males by police officers.”

“In particular young males are asked to exercise extreme caution in affected cities in their interactions with the police. Do not be confrontational and cooperate,” Bahamas foreign ministry said in a travel advisory.

The United Arab Emirates urged its students and other citizens in the United States to also be careful, using similar language the U.S. State Department employs when warning Americans about countries that have fallen victim to attacks by extremists.

“Please be aware of immediate surroundings and avoid crowded places when possible,” the UAE embassy said in a statement that urged people to stay away from any U.S. demonstrations. “Exercise particular caution during large festivals or events, be alert and stay safe.”

In July alone, the United States has issued travel warnings for Bangladesh, Venezuela, Iraq and Mali.

On Sunday, some tourists in New York’s bustling Times Square said they were nervous about the tension and recent violence in America. “I don’t like to be in crowded places anymore,” said Eleanor Fairbrother, who was visiting from Ireland. 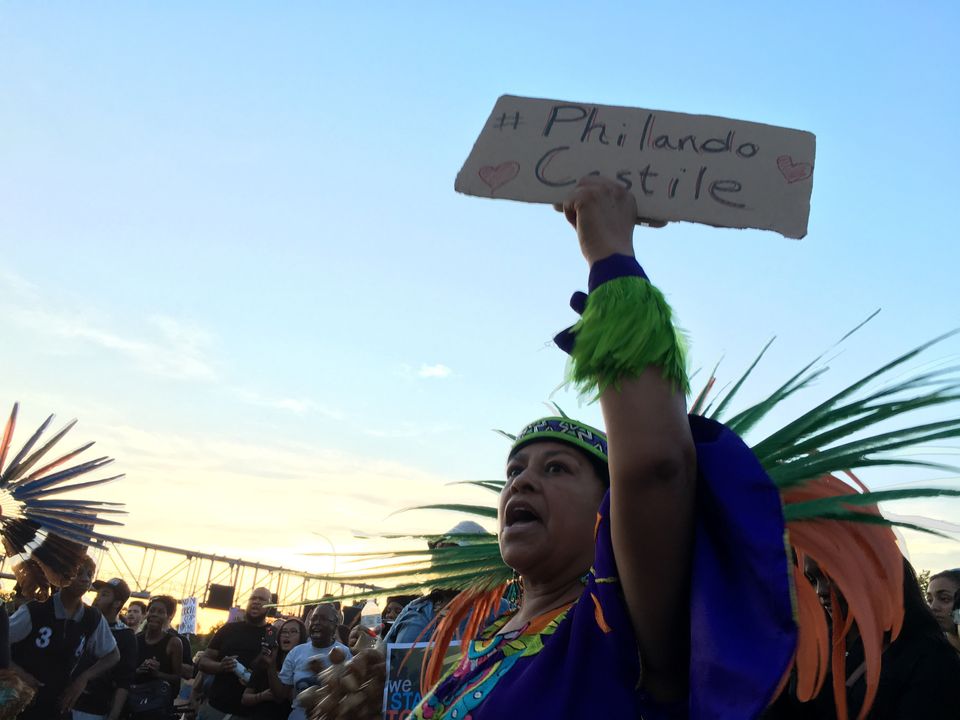 1 / 24
A member of the indigenous Mexican Mexica Tribe from the Kalpulli Yaocenoxtli dance group holds a sign for Philando Castile, who was killed by police in suburban St. Paul.
Kim Bellware/HuffPost