The troops will work out of training sites in Qatar, Saudi Arabia and Turkey, Cmdr. Elissa Smith, a Defense Department spokesperson, said in the Army Times.

The troops will also be supported by hundreds of enabling forces who will provide security and other services, Defense One reported.

The goal of the deployment is to train more than 5,000 rebels in the first year to push back against Islamic State militants who have seized large swaths of Syria and Iraq. Coalition partners are expected to contribute forces to the training effort as well.

According to Reuters, up to 15,000 trained Syrian rebels will be needed to retake areas in the east that are already controlled by ISIS.

Identifying rebel fighters who don't have ties to ISIS or the main al Qaeda affiliate in Syria will be extremely difficult, but Pentagon officials said they're confident U.S. forces can recruit and train a moderate fighting force against the terrorists.

“We ... know the Syrian opposition better now than we did two years ago through the programs we’ve had providing non-lethal assistance,” Smith said.

“This is going to be hard,” one unidentified senior defense official told Defense One. “We have to recruit the guys, we have to assume that there are a lot of guys who are recruitable, there’s got to be some vetting. This is not going to be an easy enterprise here.”

For months, an American-led campaign has pounded militant sites in Syria with nearly 800 airstrikes. Yet ISIS has continued to claim territory, including large segments of the Homs Desert, The Wall Street Journal reported.

“The coalition strikes seem similar to drone campaigns in Yemen or Pakistan, targeting only leadership. The front-line strength of ISIS has undoubtedly increased even as some of these targeted strikes take out mid-level individual leaders,” Mouaz Moustafa, political adviser for the Coalition for a Democratic Syria, told the Daily Beast earlier this week.

More than 3,000 U.S. troops have also been authorized to train security forces in Iraq. Total cost for the effort: $1.2 billion.

CORRECTION: A previous version of this article stated incorrectly that U.S. troops are deploying to Syria. As noted elsewhere in the article, the troops will be stationed rather at training sites in other states in the region. 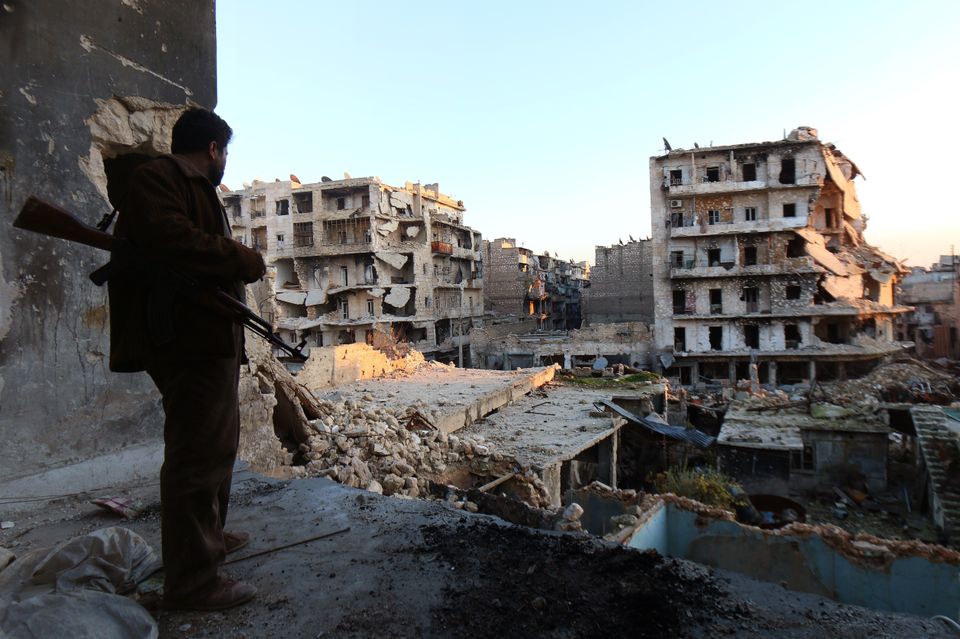 1 / 13
A rebel fighter stands in a building overlooking the damage from fighting in the city of Aleppo on December 16, 2013. (ZEIN AL-RIFAI/AFP/Getty Images)
ZEIN AL-RIFAI via Getty Images