Now introducing.. the latest "Fab Five." Or is it the Fierce Five?

How about both? The U.S. women's gymnastics team was both fabulous and ferocious as it dominated the team finals at the 2012 London Olympics.

The 2012 U.S. women's gymnastics team is composed of Jordyn Wieber, Aly Raisman, Gabby Douglas, Kyla Ross and McKayla Maroney. According to the Olympic format, each team selects three gymnasts for each of the four apparatuses in the final -- balance beam, uneven bars, vault and floor.

The 16-year-old Douglas performed in each of the rotations while Wieber was called on for the floor, vault and uneven bars. Raisman worked the floor and the beam, with Ross performing on the beam and the uneven bars. Maroney was the only U.S. gymnast with just one event but no one on the team registered a score higher than her 16.233 on vault. That score was the highest of all competitors in the team final.

Russia was the primary challenger for the U.S. team in middle stages of the competition but completely fell apart during the floor routine, with two gymnasts falling during their routines. After Russia's mistakes, the U.S. team headed to the floor knowing three solid performances would likely win them the gold. Gabby Douglas, Jordyn Wieber and Aly Raisman delivered impressive floor routines to clinch the first team gold for the U.S. since the "Magnificent Seven" won in 1996.

After Douglas opened up the U.S. turn on the floor with a 15.066 score, Wieber proved that she was not going to let her disappointment in missing the individual all-around distract her in the team competition. Delivering a confident, powerful performance, Wieber seemed to be struggling just to contain her excitement near the end of her routine, knowing how close she was to a gold medal. Rounding out the U.S. trio on the mat, Raisman scored a team-high 15.300. With tears in her eyes, she left the mat knowing that the U.S. would be atop the medal stand.

Perhaps to the delight of Jalen Rose Chris Webber, Maroney told Will Graves of The Associated Press after the competition that the quintet would like to be called the "Fierce Five" rather than the "Fab Five" as some had taken to calling them. 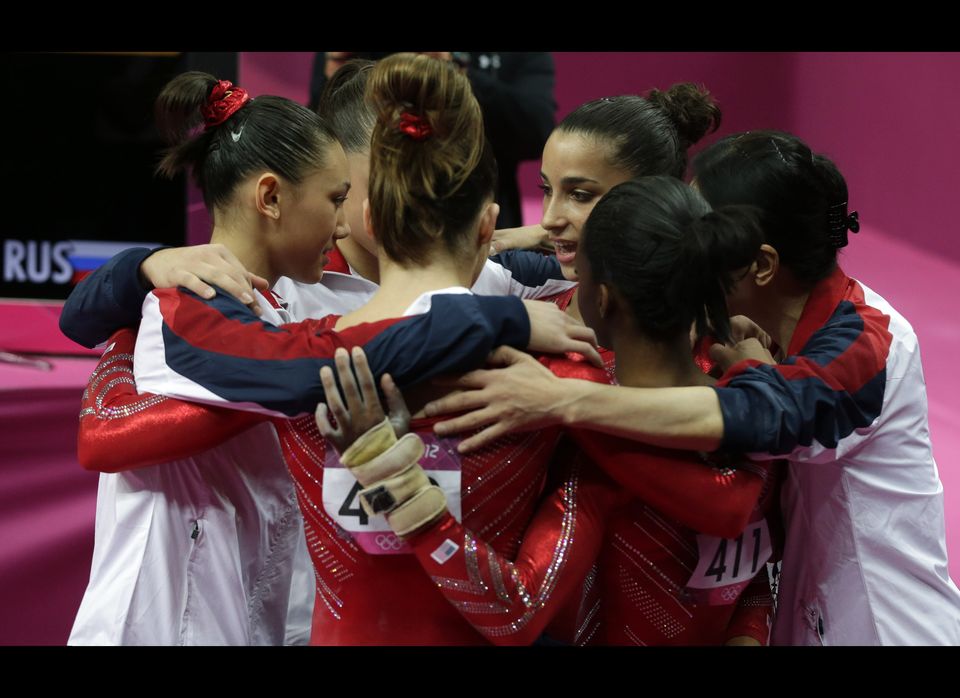