The United State's World Cup run ended in a heartbreaking 2-1 loss, but not before making a little piece of history.

Tuesday's match was another ratings bonanza for ESPN and Univision: The game netted an average 16,491,000 viewers making it the nation's second most-viewed men’s soccer broadcast of all time, according to Nielsen and ESPN data.

As the Associated Press noted, an estimated 21.6 million people tuned in for the 4 p.m. Eastern match, with combined viewership from ESPN, online streaming and Univision (5.1 million viewers).

The total number of actual viewers is estimated to be much higher, thanks to massive viewing parties around the nation, like the Chicago event at Soldier Field that drew roughly 28,000 fans.

American interest in the World Cup has surged since the 2010, with overall viewership up 44 percent since the last tournament, ESPN said in a press release.

The D.C. market let the viewing pack once again, with Tuesday's match setting a ratings record in 20 markets. 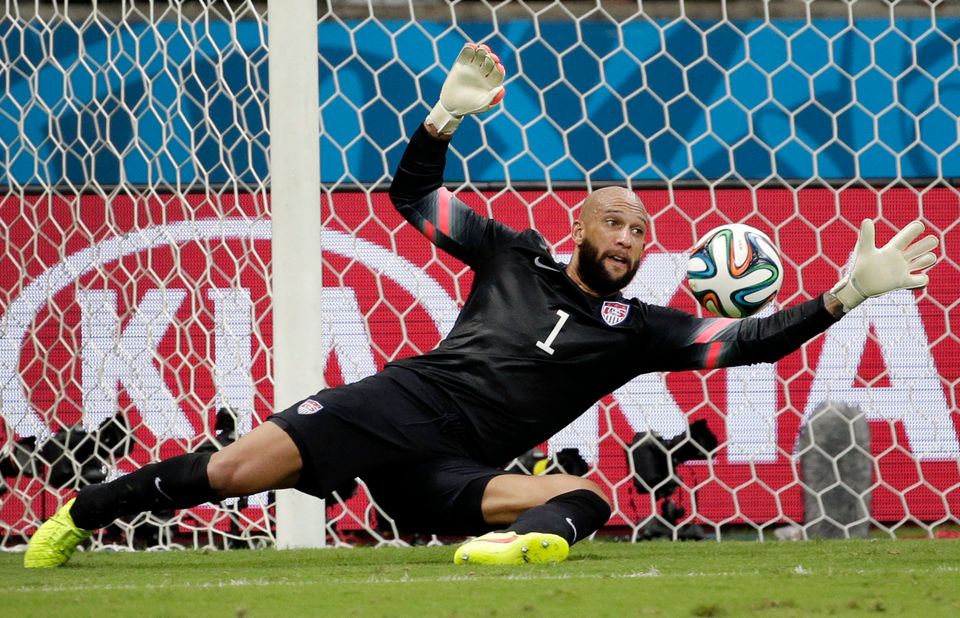 1 / 59
United States' goalkeeper Tim Howard saves a shot by Belgium during the World Cup round of 16 soccer match between Belgium and the USA at the Arena Fonte Nova in Salvador, Brazil, Tuesday, July 1, 2014. (AP Photo/Felipe Dana)
ASSOCIATED PRESS