For the first time since 1999, the FIFA Women's World Cup is back in the hands of the U.S. Women's National Team, who defeated Japan 5-2 on Sunday before an estimated crowd of 53,341 in Vancouver, Canada. It is the USWNT's third World Cup title.

The U.S. squad set the pace early and continued to dominate throughout what would become the highest scoring final in Women's World Cup history. The match was hardly a repeat of the 2011 World Cup final, when the U.S. lost to Japan in a penalty shootout, as the U.S. shot out of the gate on Sunday, scoring four goals in the first 16 minutes of play.

"Pure elation. I'm just so, so proud of this team," head coach Jill Ellis said after the match. "I'm so happy for them, so happy for every little girl who dreams about this," she added. 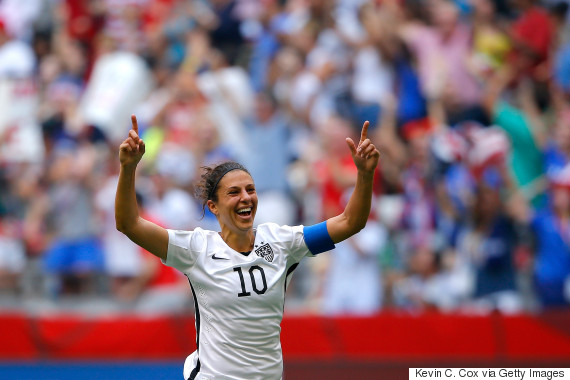 "I called her my beast, and she's just a beast, man," Ellis said of Lloyd, who she also called a "rock star."

An emotional Lloyd said after the game that she was just "on a mission to help this team."

"This doesn't feel real. It hasn't sunk in," the player said. "We just made history."

A fourth goal came from teammate Lauren Holiday in the 16th minute, giving the U.S. a 4-0 lead.

Japan answered back with a goal in the 27th minute and then benefited from an own-goal by the U.S.'s Julie Johnston early in the second half, which brought the score 4-2. But the U.S. quickly responded with another goal from Tobin Heath in the 54th minute, bringing the final score to 5-2.

The win marks the end of a remarkable World Cup career for Abby Wambach. It was her fourth and final World Cup appearance after a long tenure with the USWNT that began in 2001. Over that time, she won three Olympic gold medals and multiple Algarve Cup championships. 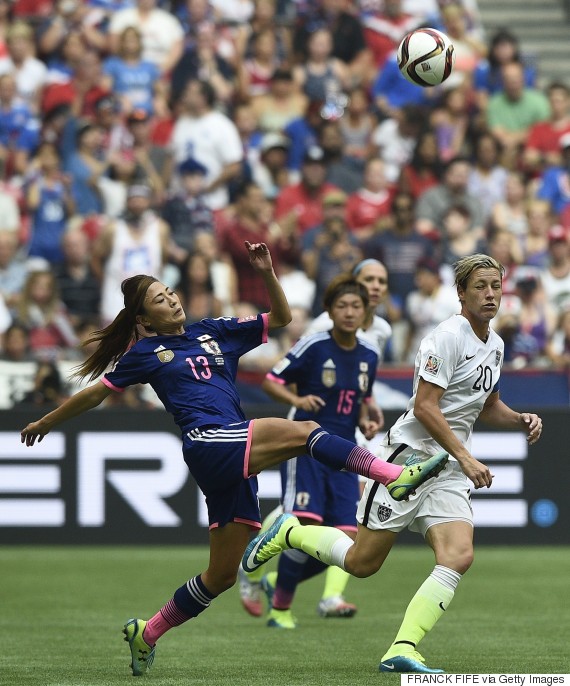 
Wambach largely saw her minutes drop this tournament, and she only entered in the 79th minute of Sunday's match. However, her strength and presence on the bench, rather than on the field, has been credited with letting the younger generation of the squad define their strengths on the pitch. And the squad did just that on Sunday.

Christie Rampone, the only veteran of the 1999 World Cup team, also joined Wambach on the pitch in the 86th minute. Rampone earlier in the tournament became the oldest player to appear in the Women's World Cup.

While the team struggled to connect and find their rhythm during some of their earlier matches, they were unstoppable by the final rounds. Before Japan scored two in the final, the U.S. went 539 minutes of play without allowing a goal. The U.S. also surpassed Germany's 111 total goals scored in FIFA's Women's World Cup history, with 112.

Speaking after the match, Wambach said the squad is in good hands.

"I can leave. Whether I choose to stay or not, doesn't matter, I can because they've got it. Carli's good. Alex [Morgan] is going to take this game into the future with Sydney Leroux," she said before welling up with tears and thanking her family.

The Best Photos From The WWC Final