Over the past two decades, support by USAID and other Western donors has led to an explosion in the number of think tanks in developing countries. However, much of this money is still being given and taken behind closed doors, threatening to hurt rather than help the world's poor.

Conventional wisdom has it that such think tanks strengthen democracy and improve the policy formulation process. They are thought to enrich public and political debates by providing independent quality research and impartial policy recommendations to government officials, opposition leaders, the media and voters, increasing both the number of voices in the debate and the quality of the arguments made. 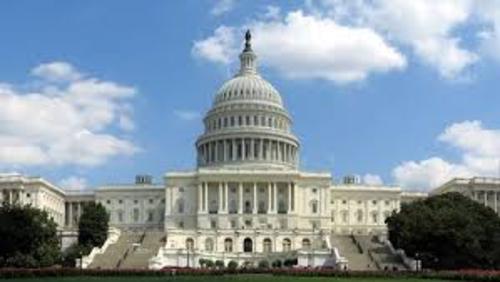 Accordingly, bilateral donors and private foundations have poured tens of millions into think tanks abroad in the hope that small grants may bring about substantial improvements in national policies on issues ranging from parliamentary reforms over small enterprise support to agricultural extension services.

Donors quite sensibly assume that a few hundred thousand dollars spent on influencing how multi-billion national budgets are allocated and spent may provide better 'bang for the buck' in terms of development than the standard model of spending millions to alleviate the negative effects of aid recipient governments' bad decisions and often weak or corrupt implementation.

The positive model of think tanks' role in a democratic society outlined above is largely based on the experience of the US, where think tanks have long played a prominent role in public debates and are widely thought to have significant influence on policy formulation. However, inside the US, this simplistic model is increasingly being questioned by academics, civil society groups and journalists.

Some warn that many think tanks are becoming increasingly partisan, serving only to mindlessly amplify the noise within the respective echo chambers of rival political camps. Others are concerned that some think tanks are becoming mere mouthpieces for vested interests - notably large corporations - that essentially pay for phony 'research' designed to support their self-interested lobbying efforts.

There are also worries that think tanks limit the scope of public discourse through a narrow focus on "what should be done next", rather than examining the underlying structural factors and power relationships that lie at the heart of many political, social and economic problems.

Whatever their angle of attack, these critics warn that the policy prescriptions provided by many think tanks are neither based on quality research nor guided by independent analysis, and that such organizations may be undermining democratic processes and socio-economic development by further strengthening the power of the rich and powerful interests that fund them.

Such critics point out that more often than not, it is impossible to discover who funds a given think tank, giving rise to speculations about conspirational networks with "hidden agendas", which undermines the credibility of the sector as a whole. (The website of Transparify, an initiative I work for that advocates for greater think tank transparency, provides an overview of these debates.)

Why should aid transparency advocates care about the comparatively small amounts provided by donors to think tanks abroad? 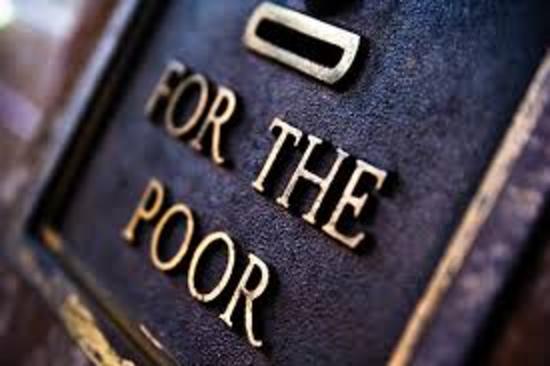 Let me give one example. Two decades ago, the Egyptian Center for Economic Studies think tank was formed with a 10 million dollar endowment by USAID. According to the Washington Post, the think tank, which "gathered captains of industry in a small circle", then advocated for a privatization program that eventually led to the sell-off of state assets worth 104 billion dollars. Apparently, less than ten percent of that value went into state coffers - the rest was lost to high-level corruption involving senior officials closely tied to the think tank.

In total, the losses to the Egyptian taxpayer of a single privatization program promoted by a USAID-funded think tank exceeded the total amount of aid provided by the US to Egypt over the course of six decades!

While it would be facile to pin the blame for this sorry saga on a single think tank, it does highlight that some donor-funded think tanks can punch far above their weight when it comes to influencing political and economic decisions with massive implications for economic development and poverty reduction efforts.

Throughout the developing world, foreign-funded think tanks are now weighing in on domestic political debates on issues as diverse as democratic reforms, foreign affairs, military doctrine, economic governance and social policy. Having worked for a think tank in an emerging economy myself, I strongly believe that think tanks can play a positive role in enriching national debates and decision-making, especially where there is limited capacity for policy analysis by other players. However, as long as most think tanks remain opaque, it will remain impossible for stakeholders in these debates to separate the wheat from the chaff.

Today, many think tanks in developing countries are predominantly or even exclusively dependent on foreign donors to carry out their work. Far from requiring these think tanks to be transparent, some donors - notably USAID - actively abet opacity by their non-profit grantees.

In this context, it is hardly surprising that many developing countries are becoming increasingly suspicious of donor-funded think tanks, a suspicion that often extends to all NGOs receiving support from abroad. For example, India has considered further restricting foreign funding for think tanks and other non-profits. Donors and NGOs routinely criticize such moves, but in doing so, they forget that even in the powerful US (which is presumably far less vulnerable to undue foreign influence), funding of think tanks by foreign bodies raises red flags and is partially restricted by law.

The irony is that most quality think tanks across the Global South seem to have little to hide. In recent years, many of them have voluntarily opened their books. Top instutions like Kenya's Institute of Economic Affairs and the African Economic Research Consortium excel at financial disclosure, outperforming many of their better-known rivals In Europe and America. However, while transparency in policy research is well on its way to becoming the norm in the United States, the think tank scenes of many developing countries lag behind, notably in Africa. 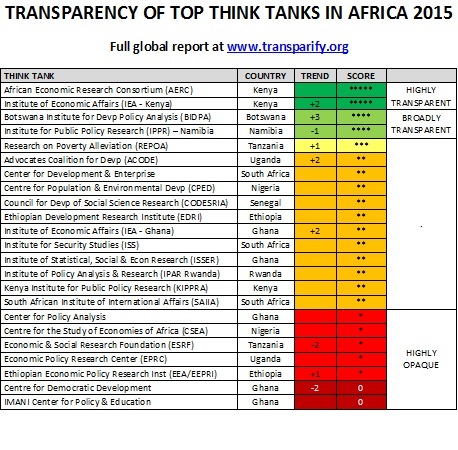 Policy decisions matter hugely, and developing country think tanks can play an important role in informing and improving them. Therefore, USAID and other donors wishing to improve the quality and integrity of policy-making within developing countries should do two things.

Making think tanks financially transparent is not a panacea, but it is an important step on the road to making developing country policies work better for the poor.

Even a small nudge by USAID could have a significant effect on making home-grown policy research in the Global South more transparent and build think tanks' credibility with local citizens, the media and political decision-makers across Africa, Asia and Latin America.

Till Bruckner wrote this blog in a private capacity. A modified version first appeared on the website of Publish What You Fund, an organization that has also called on donors to disclose their funding to think tanks abroad.