Usain Bolt’s gold medal-winning appearance at the London Olympics violated one of the athlete’s personal rules: Not to compete in Britain.

Bolt’s Olympic appearance marked the first time since 2009 that the phenom competed in the U.K., according to Forbes. Why is he staying away? The taxes on his winnings are just too much. Britain charges a 50 percent tax on the appearance fees and prize money of athletes competing in the country, according to The Week.

Though it’s common for countries to tax athletic winnings, the U.K. also has a rare policy of taxing income from sponsors earned while athletes are competing in the country, The Week reports. And despite earning $20.3 million last year, that's just too much for the self-proclaimed "legend."

Bolt, one of the world's most famous athletes, made an exception to his no-Britain rule for the Olympics, which were essentially tax-free for athletes, according to Forbes. But only if the country changes its tax laws will Bolt return, he says.

Bolt's low-tax argument doesn't appear as popular in the United States, where a proposal to offer U.S. Olympians a tax break on their medals has been met with controversy. President Obama faced criticism after backing a proposal by Republican Florida Senator Marco Rubio to exempt the honorariums that go along with Olympic medals from taxes.

Tax breaks for athletes aren’t the only contentious sports-related loophole. Major Olympic sponsors like McDonald’s, Coca-Cola and Visa said they wouldn’t take the tax break offered to them on profits they earned during the Olympics. The decision came after a petition from a non-profit group, though some of the companies emphasized that the protests had nothing to do with their decision.

Usain Bolt: I'm Not Competing In England Again Until They Change Their Tax Rules
PHOTOS: Usain Bolt At 2012 Olympics 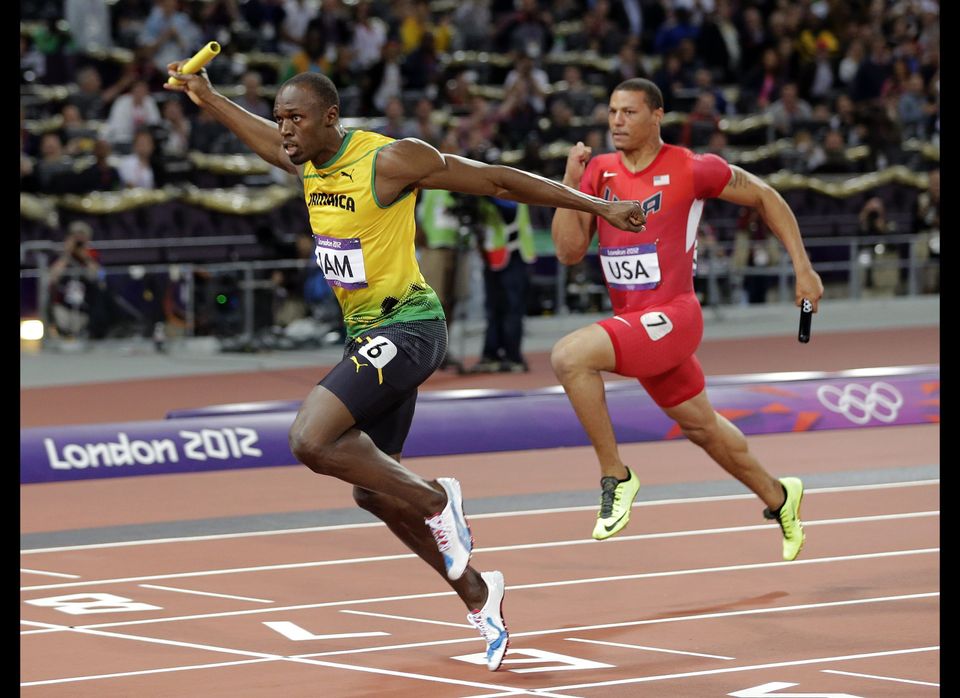 1 / 131
Jamaica's Usain Bolt, left, crosses the finish line ahead of Ryan Bailey of the United States in the men's 4x100-meter relay final during the athletics in the Olympic Stadium at the 2012 Summer Olympics, London, Saturday, Aug. 11, 2012. Jamaica set a new world record with a time of 36.84 seconds. (AP Photo/David J. Phillip)
AP