This past weekend proved to be particularly busy for Los Angeles art lovers, with numerous museum and gallery openings all over the city marking the beginning of the autumn season. Just to list all of these exhibitions would take up all of the time that I have for this program. So let me zero in on one particular exhibition at USC Fisher Museum of Art celebrating the gift of several hundred artworks from the collection of Dr. Eugene Rogolsky. 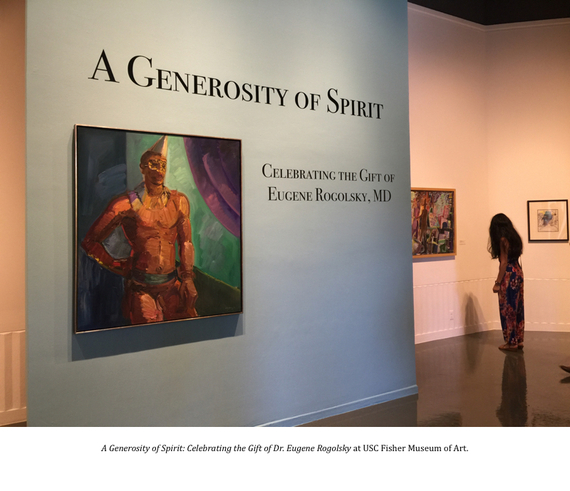 Appropriately titled A Generosity of Spirit, the exhibition emphasizes the wide range of his interests and passion for painting, sculpture, drawing, and photography. According to the curator, Tim Wride, "It is a collection that is populated by works done by artists who were patients [of Dr. Rogolsky], patients who were friends, and friends who became legends." 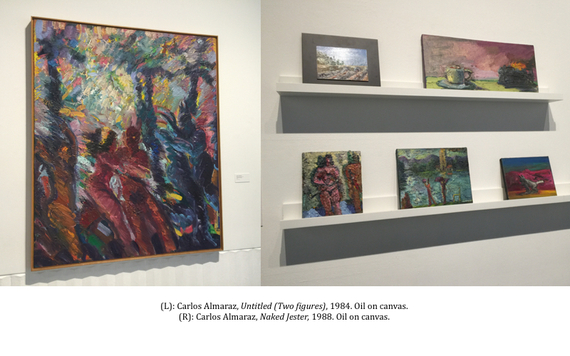 The works of well-known Los Angeles artist Carlos Almaraz (1941-1989) are represented particularly in-depth in this collection. Dr. Rogolsky first got to know the artist as a patient, but then the two became friends and Dr. Rogolsky ultimately became his patron. "His holdings of Almaraz's work span the breadth of the artist's career -- from graduate school to his death [from AIDS] at the age of 48." It's worth noting that a major retrospective of Carlos Almaraz's work is scheduled to open at LACMA next year. 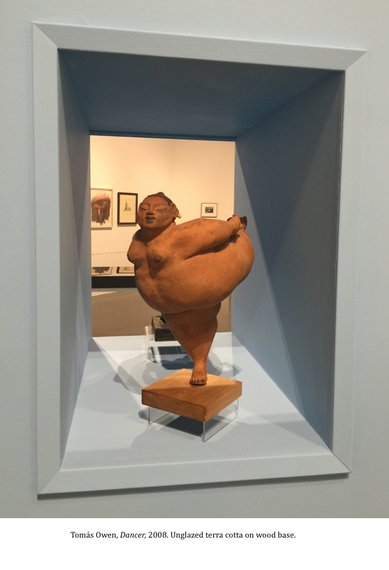 Selma Holo, director of the USC Fisher Museum of Art, describes Dr. Rogolsky -- whom she met 25 years ago -- as "the world's nicest man". A few years ago, he approached her about the possibility of giving his entire collection to the museum "along with the means to exhibit and conserve it". 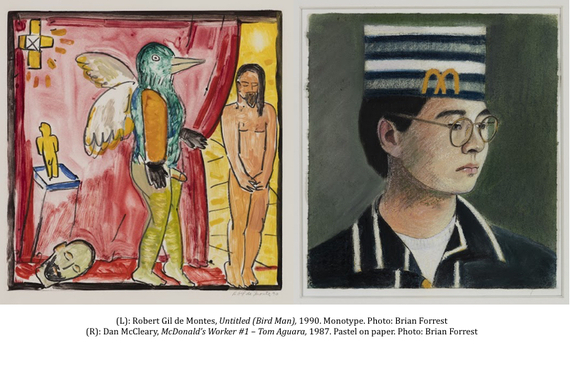 This exhibition displays only a small part of Dr. Rogolsky's entire donation to USC consisting of 700 artworks. His donation will no doubt bring additional attention to the important role that the Fisher Museum of Art plays in the cultural life of our City of Angels. 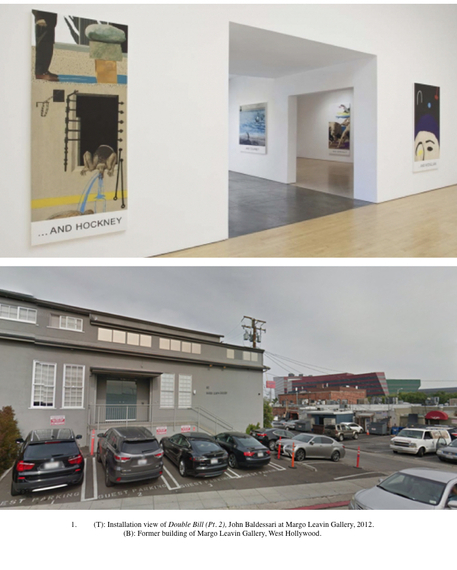 So, now let's cross the city to UCLA. This past May, UCLA's School of the Arts & Architecture received a generous donation from Margo Leavin, a famous gallerist and a university alumna. The university has declined to confirm the exact amount, but "sources familiar with the project peg her gift at $20 million". For 42 years, Margo Leavin Gallery in West Hollywood was a major player in Los Angeles' art scene. Now her generous gift will help replace UCLA's crumbling Graduate Art Studios in Culver City. The new 75,000 square-foot building will be designed by Johnston Marklee & Associates, the prominent L.A. architectural firm responsible for another high-profile cultural project under construction: the Menil Drawing Institute in Houston. 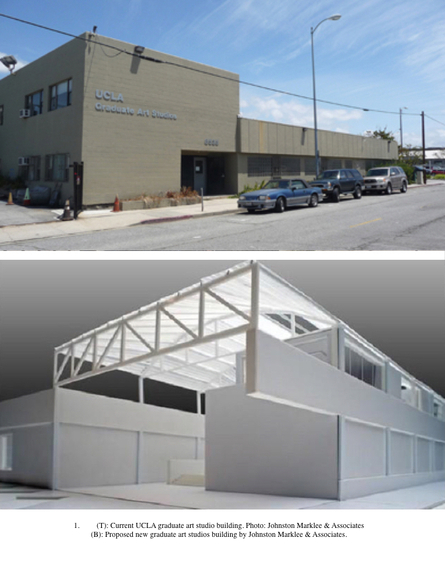 I would describe Margo Leavin's gift as not only generous, but very intelligent and timely. Earlier this year, UCLA's fine arts program was ranked No. 2 in the nation -- second only to Yale. We should thank both Dr. Rogolsky and Margo Leavin for their love of art and their significant contributions to our city's cultural life.