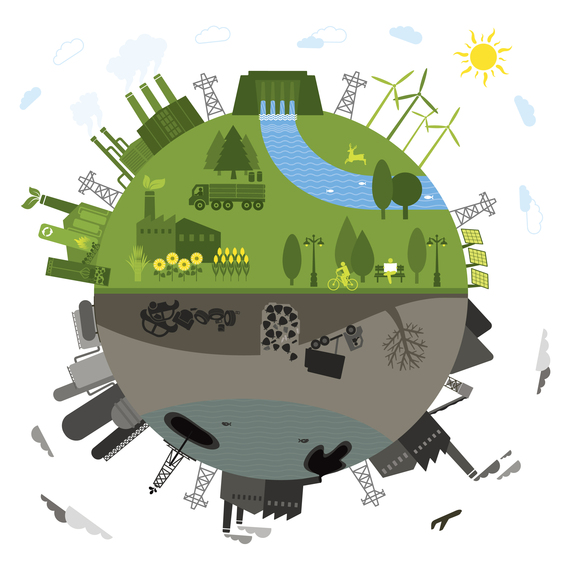 Since the U.S. and China reached a climate change deal a couple of weeks ago, pundits have been debating: What do the emission reduction figures in the agreement really mean? Are the reduction targets even achievable? Would the reductions, in any case, be sufficient to limit the rise in temperature to under 2 degrees? Who got the better deal, China or the U.S.? And on and on.

We are so conditioned to bad news when it comes to the global climate crisis that we owe it to ourselves to step back, for a brief moment at least, and take pleasure in some of the good that could come from the growing cooperation between the world's two largest greenhouse gas emitters:

1. Climate laggards in the U.S. will no longer be able to insist that we needn't take any measures to reduce our emissions since China is doing nothing to limit theirs. They have insisted that China's extraordinary burden of emissions makes reductions anywhere else in the world meaningless; and that to reduce our emissions, if China isn't reducing theirs, puts us at a great economic disadvantage. China's pledge to cap carbon emissions by 2030, and its even more consequential commitment to increase the country's non-fossil fuel share of total energy consumption to 20%, should put a stop to the mantra, "China isn't doing anything, so why should we?"

2. For the first time ever, a U.S. administration is saying, "our policy is to reduce carbon emissions over the next 50 years." This could signal to the private investment community that the country is changing course--away from fossil fuel-driven energy--and that putting money into green energy, green industries, and green technology is now not a bad long-term bet. It is certainly a better bet than it was a month ago. Corporate America too may begin to feel more secure about expanding R&D in green energy production and technology.

Let's hope so. After all, it's not only our environmental future that is at stake--our economic future depends on it as well. Concerned that the U.S. is on track tcommentedo lose its global competitiveness, former Secretary of Energy Steven Chu commented, "From wind power to nuclear reactors to high speed rail, China and other countries are moving aggressively to capture the lead. Given that challenge, and given the enormous economic opportunities in clean energy, it's time for America to do what we do best: innovate." A less diplomatic person, let's say James Carville, might simply have said, "It's the economy, stupid."

3. The deal between the two previously stalemated powers is an icebreaker that will generate global momentum. It already has. On November 19, a group of nations, including the United States, Japan, France, and Germany, pledged nearly $10 billion to the UN-supported Green Climate Fund to help developing countries cut emissions and cope with the impact of climate change. The same day, China announced that it would place an absolute cap on coal consumption--the major source of the country's CO2 emissions--by 2020. This was a step environmentalists had long been championing. By all accounts, the spirit of environmental cooperation between the U.S. and China is lending energy and enthusiasm to the climate talks in Lima this week.

4. In the past, China's refusal to place a ceiling on carbon emissions while its economy is "developing" has been a rallying cry for other developing nations. As China now steps up and commits to measures to reduce carbon emissions and mitigate global warming, developing nations around the globe--even India--will be pressed to step up as well--especially with the recent willingness of developed countries to give generously to the Green Climate Fund. Paris 2015 will not be a replay of Copenhagen 2009.

5. Institutional investors--university endowment funds, pension funds, mutual funds, insurance companies--have been largely unmoved by moral arguments to divest from fossil fuel industries and companies. But when the two biggest consumers of fossil fuels in the world signal an intention to wean themselves--however slowly--from dependence on CO2-emitting fuels, institutional investors may well look down the road and begin to ask, "Morality aside, does it make good sense economically to be investing in the fossil-fuel market?" Money talks.

Fossil fuels pollute, do harm to our health, and warm the planet, thereby putting not only ourselves but also generations yet to come at grave risk. So when the world's two largest CO2 emitters finally come together, own up to their carbon culpability, and agree that it's time to go down a path of climate cooperation, there is reason--for once in a long time--to be cautiously hopeful.