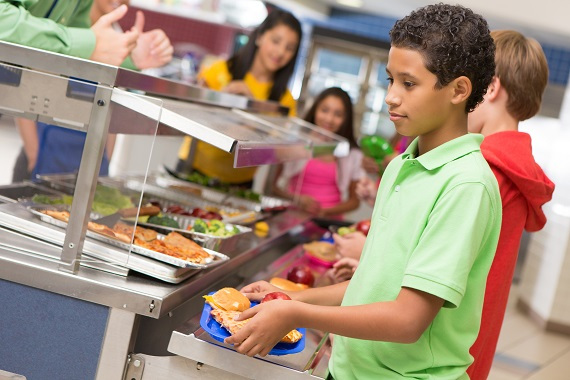 Fall officially kicked off on September 22, and America's 50 million school-age children are already back in class. Along with concentrating on their studies, those students are consuming millions of meals prepared by the nation's schools every day. In California, for example, some 650,000 meals are prepared and served by the Los Angeles Unified School District alone. However, some of the meat served to students falls far short of the "good food" ideals embraced by local school officials.

In addition to purchasing their own food, most school districts—including those in Los Angeles—also participate in the U.S. Department of Agriculture's National School Lunch Program (NSLP), which supplies a variety of foods to enable schools to provide low-cost or free lunches to qualifying students. The USDA procures this food, which includes meat and dairy products, from approved vendors that bid on its solicitations. According to the department, contracts are awarded based on several factors, including product quality.

But while L.A. and San Francisco Unified have set laudable "good food" benchmarks for its suppliers, the USDA has few equivalent purchasing requirements—including no animal welfare standards for the chicken and turkey provided to the NSLP. And the impact of inadequate animal welfare standards is not insignificant, given that the USDA purchases some 400 million pounds of poultry each year for distribution to its various federal nutrition assistance programs. 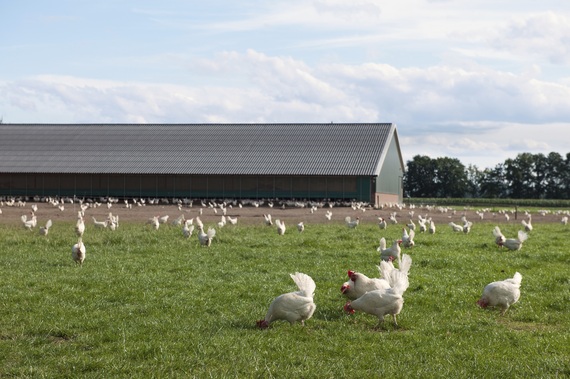 It has been eight years since the largest meat recall in U.S. history occurred at the former NSLP provider, Westland-Hallmark Meat Packing plant in Chino, California. One hundred and forty-three million pounds of beef was recalled after employees at the slaughter plant were captured on videotape egregiously abusing cows too weak or sick to stand. The sick animals were subsequently slaughtered—a violation of federal law—with 37 million pounds of the meat going to school lunch and other public nutrition programs.

Following this recall, the USDA set animal welfare requirements for its beef, pork and lamb suppliers, but failed to do the same for poultry, the primary type of meat provided to schools. Not only does the USDA currently have no animal welfare requirements for poultry suppliers, but—according to information obtained by the Animal Welfare Institute—companies with the worst records on animal handling are currently supplying chicken to the NSLP.

For example, one poultry company supplying the NSLP was cited when its employees placed the heads of live birds into leg shackles and intentionally pulled on the bodies, decapitating the birds. Another company was cited after its employees recklessly drove over and killed loose birds on the ground. Another was written up when nearly 3,000 chickens were found dead-on-arrival at the slaughterhouse due to the company's failure to protect the birds from freezing conditions during transport. A USDA inspector at one company's plant counted 93 birds that had drowned in a tank of scalding water (where dead birds are de-feathered) during one shift. Another NSLP provider was cited for bruised and traumatized birds, which the inspector characterized as "mistreatment of poultry."

The USDA has been provided with lists of humane handling violations for several of its poultry suppliers, but continues to purchase from these companies. The USDA has failed to establish animal welfare requirements for poultry suppliers, in part because it sees little value in requiring that birds be handled humanely. However, countless surveys dealing with the importance of treating farm animals well suggest that the public—likely including school districts, school children and their families—feel otherwise.

The department has also questioned the benefit of humane handling standards to their meat procurement efforts, despite decades of scientific research demonstrating a link between how animals are treated and subsequent meat quality. Undeterred by studies showing that how birds are handled when they are alive directly affects the incidence of broken bones and bruising, as well as the color and texture of poultry meat, the USDA continues to opt to serve school kids meat from suppliers who treat animals poorly.

This lack of oversight means that, at present, all Los Angeles and San Francisco Unified students—those who participate in the NSLP and those who do not—are consuming meat and other products that do not align with the high standards of the good food movement. Until such requirements are established, efforts to improve the quality of the food that is purchased and served to American school kids will be thwarted by the USDA's lack of adequate animal welfare standards behind the National School Lunch Program.