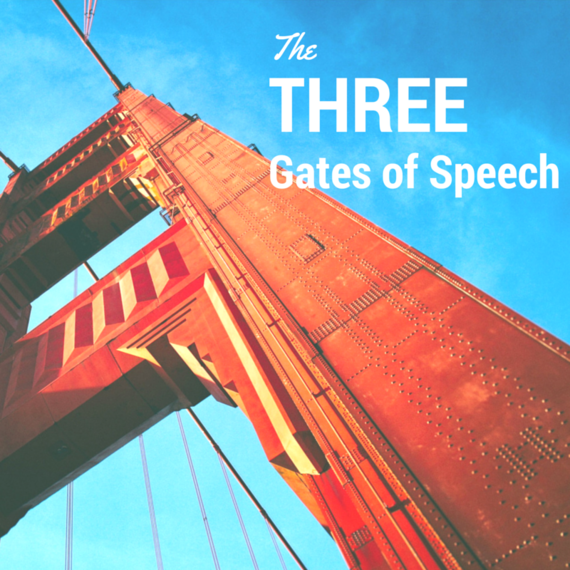 It was a summer day in 1977; I was watching "Days of Our Lives" with my mom while she folded laundry. The announcer broke in. "Elvis is dead," he said, and my mom cried. I was too young to follow politics, and two years later, I would barely register the upheaval in Iran, but in my world, Elvis Presley reigned supreme. So I cried too.

It was my second week waiting tables at a vegan restaurant when I got a phone call telling me that my sister, just a teenager, swallowed a bottle-full of pills and was in the hospital having her stomach pumped. I don't even remember who called. My mom? My boyfriend? The hospital? What is most vivid is the way I felt as I told the manager I had to leave (What would he think of me? Would I be fired?) and the way I babbled, ridiculously, that I could come back to finish my shift.

What do these moments have to do with one another? They are both stamped in my memory; one a public event, the other a private one.

We all have these "I'll never forget where I was when...." moments that become part of our unique story. We own them, and what is ours is ours to share.

As the author of a memoir, I've struggled with this question. While writing one particularly raw scene, I took a break to listen to a broadcast on Unity radio. A musician named Scott Helmer was being interviewed and I heard him say, "Just put it all out there. Allow the chips to fall where they may. That's what allows you to move on."

Scott's story caught my attention because he was talking about his own near-suicide and how he found the courage to tell his family that he had nearly ended his life. And he didn't stop there. He has continued sharing his story publicly because he wants to become what he calls a "difference maker."

I was relieved to hear him say that because I do believe that sharing your story makes a difference. But let the chips fall where they may? Really? That approach will strike fear in the heart of any storyteller.

Because it's one thing for us to share our own mistakes, like Scott. But maybe your mom doesn't want to be reminded of the time she beat you with a hairbrush. Maybe your employer doesn't want you describing the way he hits on his secretary. Maybe my sister doesn't want me linking her to teenage suicide.

So who gets to say where your story ends and another person's begins?

I think that if something affects you in any way-if it scares you, thrills you, embarrasses you, makes you feel ashamed, or makes you laugh-if it claims even the smallest piece of you, then you rightfully own a piece of it. Everyone learns through stories; and all stories require storytellers.

That doesn't mean authorship has to feel like an episode of Gossip Girl.

Rumi wrote of "The Three Gates of Speech." The Quakers have long taught "The Three Sieves." They're referring to three questions that are helpful to ask in any situation. They work especially well when moving from ownership to authorship.

Whether you aspire to write a memoir or not, you certainly have stories that want to be shared, maybe in a blog, or in an email, or in a phone call with a friend. What are they? When you tell them, in vivid detail, leaving nothing and no one out, what purpose is being served? What is the real story that you are telling about YOU?